The Marvel Cinematic Universe could certainly be deemed an ‘extreme environment’ and yet very rarely do we see the Avenger’s popping to the clinic for a check-up. Hee-Young Kim has wondered how they cope with extreme pressure changes and discusses a condition that could ground the mighty Tony Stark. 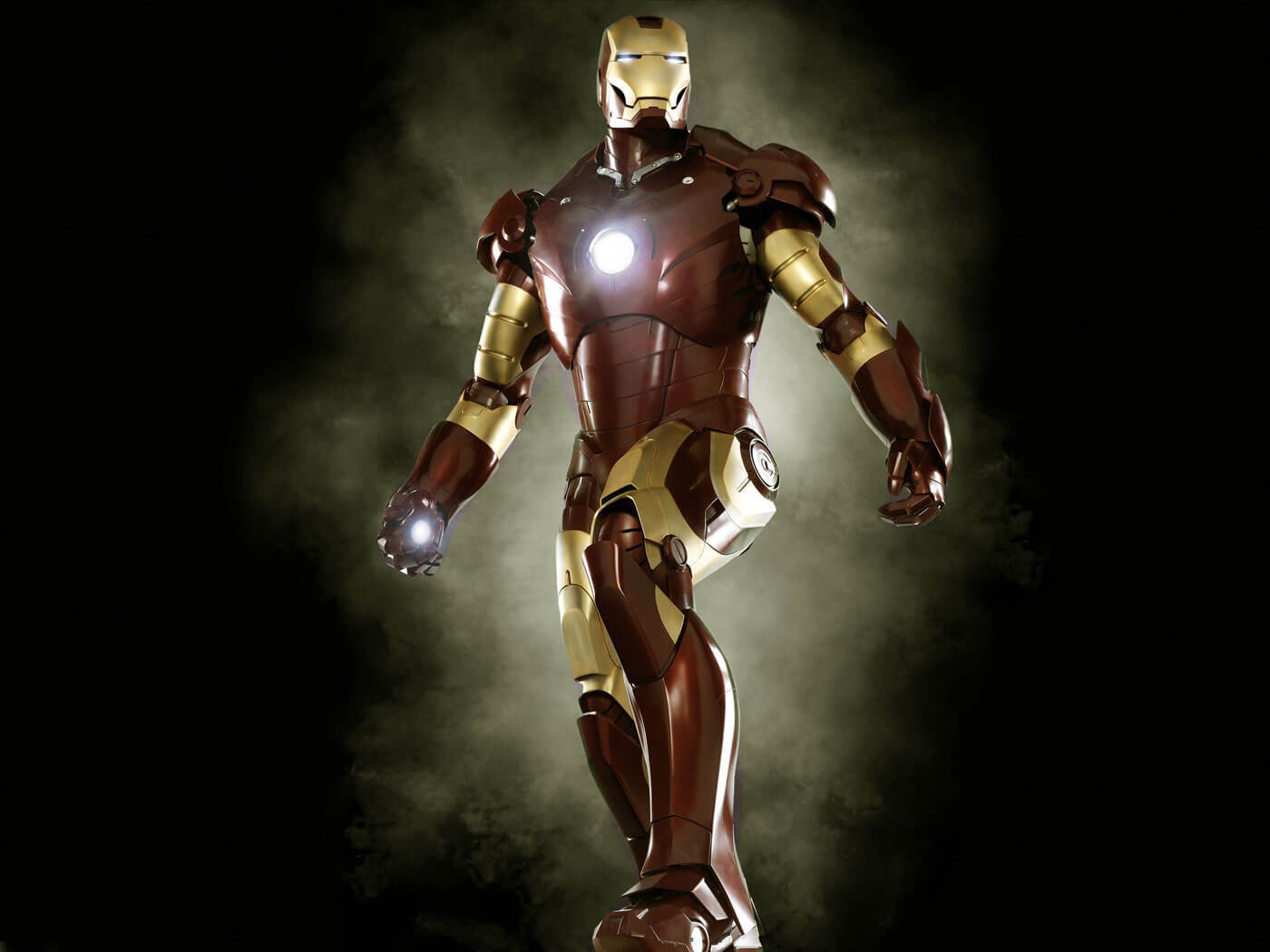 In the Hollywood movie Iron Man, we see several scenes of the vertically flying superhero. As an ENT, I can’t help but wonder what preparation against baro-challenge-induced Eustachian tube dysfunction (ETD) Iron Man performed prior to takeoff. Baro-challenge-induced ETD occurs as a result of alterations or fluctuations in ambient pressure; something associated with the extreme environments encountered by aviators, divers, and mountaineers.

The condition can also be triggered by seemingly innocuous activities such as driving a vehicle quickly through a tunnel or riding an elevator in a skyscraper. It can also be brought on by a day of heavy snow or low atmospheric pressure. Under normal physiological conditions, the air pressures of the middle ear cavity and the external ear canal are roughly the same and air is ventilated through the middle ear space to maintain equilibrium which is necessary for regular auditory function and normal balance.

Vertigo caused by ETD is a distinct clinical entity and it is caused in most (and perhaps all) instances by unilateral Eustachian tube obstruction, or by more complete obstruction in one side than the other [1]. Importantly, baro-challenge-induced ETD can cause alternobaric vertigo (ABV) when the fluctuation in pressure causes asymmetric middle ear pressures.

ABV is a relatively obscure type of vertigo, first coined by Dr Claes Lundgren in 1965 to describe vertigo in deep-sea divers. It is also used to describe vertigo experienced by aviators. In both instances, ABV is defined as dizziness which occurs as a result of asymmetrical vestibular function due to unequal middle ear pressures [2].

“As an ENT, I can’t help but wonder what preparation against baro-challenge-induced Eustachian tube dysfunction (ETD) Iron Man preformed prior to takeoff”

There is a distinct overlap of symptoms between ABV and ETD: both conditions may be accompanied by pressure disequilibrium, specifically symptoms of ‘aural fullness’ or a ‘popping’ sensation and discomfort/pain, pressure, clogged or an ‘under water’ sensation, crackling, ringing, and/or autophony in one or both ears. In severe cases, vertigo, nausea, vomiting, and nystagmus can also occur. ABV is more common in individuals with pre-existing narrow tubal lumens [2].

During ascent, air pressure in the middle ear becomes higher than the outer ear and this causes air to passively flow from high pressure to low pressure [3]. If passive opening pressure does not trigger the Eustachian tubes (ETs) in each ear to open at about the same height, it can cause ABV. Difficulty in passively opening the ETs can cause severe discomfort because higher opening pressures are required for the tube to open, which can push against the inner ear membrane, as well as the tympanic membrane (TM). Where possible, a gradual ascent is recommended to avoid rapid changes in ambient pressure.

During descent, ABV may be caused by rapid movement of the stapes footplate in conjunction with rapid TM positional changes which, in-turn, causes the stapes to push against the oval window [3]. ABV can occur during rapid descent when the pressure in the outer ear becomes greater than the middle ear, causing the Eustachian tube (ET) to suck down on itself which prevents equalisation until the ambient pressure is returned to normal [3]. The condition may be exacerbated by increased pressure gradients between the inner and middle ear spaces caused by an active Valsalva manoeuvre. A slower descent time is recommended where possible to avoid rapid changes in ambient pressure.

ABV also occurs frequently at ground level for many reasons including nasal obstruction with the Toynbee phenomenon, viral or bacterial infection and nasopharyngeal reflux due to gastroesophageal reflux disease. The condition should be differentiated from peripheral causes such as Menière’s disease, benign paroxysmal positional vertigo, and vertebrogenic dizziness, as well as central disorders. Of note, cases of insidious ABV are most likely to be overlooked because gastrointestinal symptoms are predominant [1]. 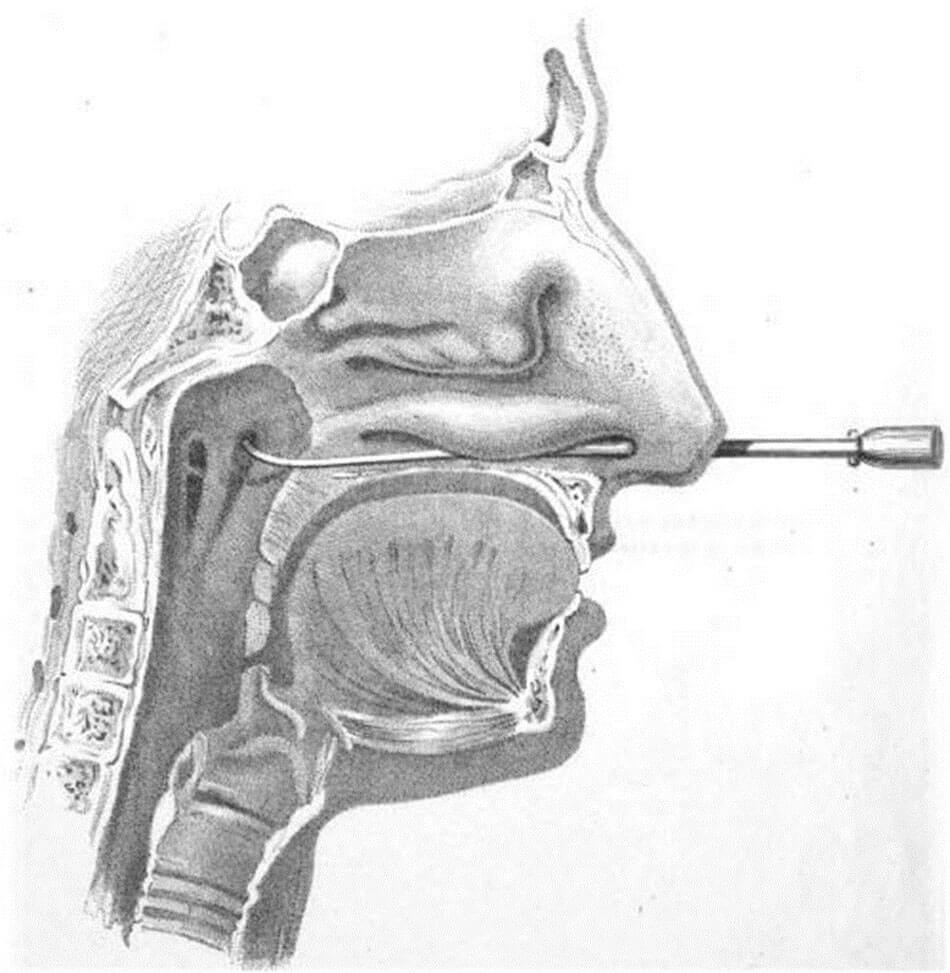 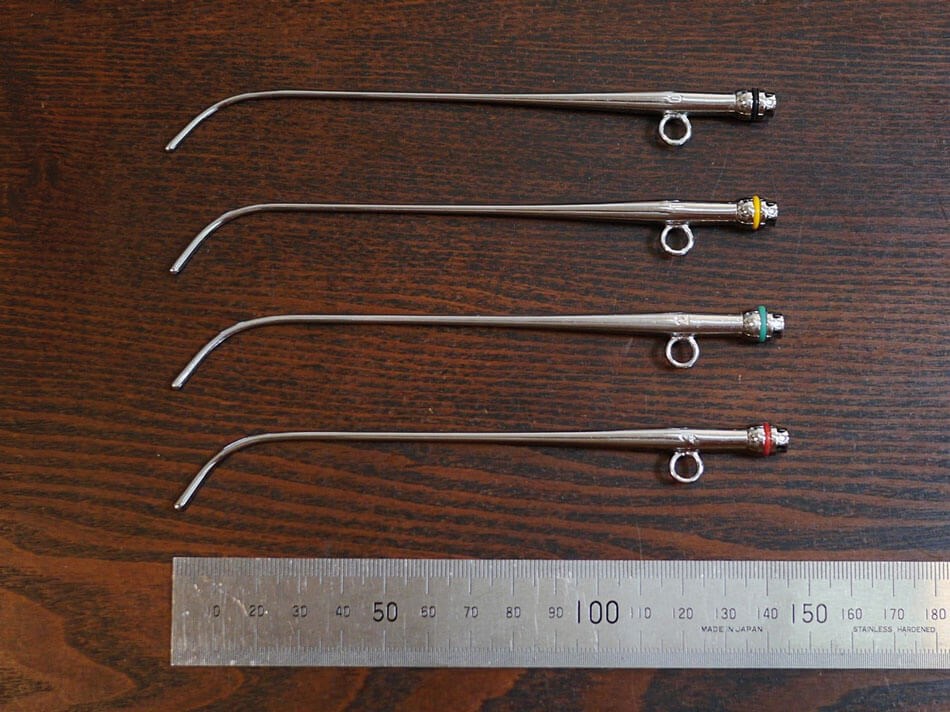 Figure 3. Sec. 874.4175 Nasopharyngeal catheter: “A device consisting of a bougie of filiform
catheter that is intended for use in probing or dilating the Eustachian tube.
This generic type of device includes Eustachian catheters” according
to the Code of Federal Regulations Title 21 by the US FDA. 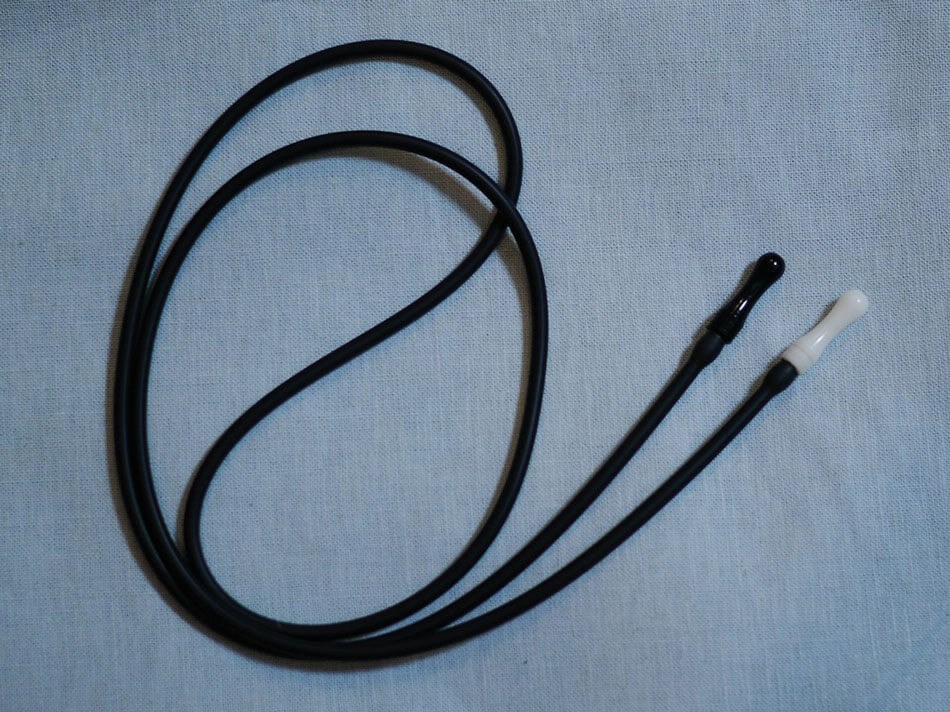 Figure 4. Sec. 874.1925 Toynbee diagnostic tube: “A listening device intended to determinethe degree of
openness of the Eustachian tube” according to the Code of Federal Regulations Title 21 by the US FDA.

Diagnosis and management of ABV

Vestibular organs are always influenced by middle ear pressure which makes them dependent variable organs. Persistent ABV at ground level is associated with abnormal vestibular function test results [2]. It is important that ET function should be assessed before vestibular function to rule out ETD because the test results can erroneously indicate vestibular organ dysfunction when, in fact, the vertigo symptoms stem from ETD. Of note, only unilateral peripheral vestibular function loss can cause an acute true vertigo sensation [4]. However, asymmetrical middle ear pressures as the cause of ABV is highly plausible and it is often unfeasible to clearly distinguish between unilateral ETD and bilateral ETD. For diagnosis of ABV, tympanometry and pure tone audiometry (PTA) are necessary. Asymmetric tympanometry results indicate ABV, even if they are within normal limits. PTA results showing low-frequency hearing loss and air-bone gap also point to ABV. Eustachian tube catheterisation (Figure 2) with a Eustachian catheter (Figure 3) and a Toynbee diagnostic tube (Figure 4) is necessary and sufficient for both diagnosis and management of ETD.

“If passive opening pressure does not trigger the Eustachian tubes (ETs) in each ear to open at about the same height, it can cause ABV”

The Lowry manoeuvre may be attempted as a preliminary treatment approach: after clearing the nasopharyngeal area, the patient is instructed to simply pinch the nose, take a mouthful of air, blow gently (not forcefully) against the pinched nose, and then swallow. This is different from the Valsalva manoeuvre which requires closing the mouth and pinching the nose while breathing out forcefully. Keeping in mind that most patients with ETD have nasal discharge or refluxed gastric contents in the nasopharyngeal region, uncontrolled pressure forcefully exerted can force air and nasal or gastric contents into the Eustachian tube, exacerbating the problem further. Therefore, from a clinical perspective, the Valsalva manoeuvre and other such approaches to manually self-regulate the pressures within the middle ear are not advisable. However, if the Lowry manoeuvre is performed very gently after clearing the nasopharyngeal area, there should be no real risk. 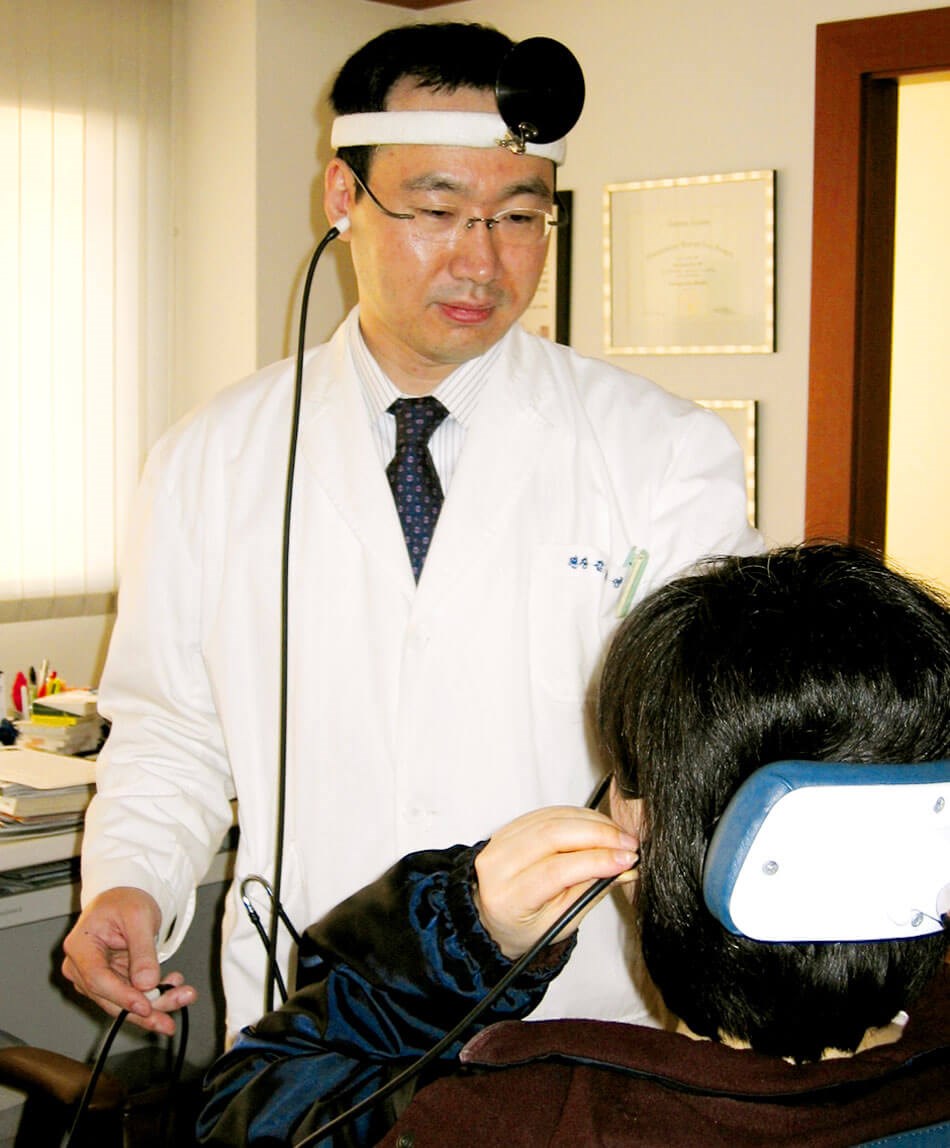 Beginning of otolaryngology and ENT research

In 1871, Peter Allen, a British pioneer of otology who was well before his time, mentioned that vertigo due to ETD was relieved by local treatment using an air-douche. Not only that; he also correctly maintained that vertigo is associated with intra-auricular pressure (pressure upon the labyrinth fluid) [5]. I dedicate this article to him, with a quote from Iron Man 2 for a closing comment: “I’m limited by the technology of my time, but one day you’ll figure this out.”

View Dr Kim’s video on ‘Vertigo due to Eustachian Tube Dysfunction.’
Share This 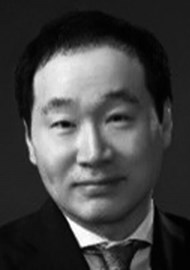