Neurological idiopathic disease: a shared journey for NASA and medicine
By Robert Marchbanks

Whilst Southampton can’t really be described as an extreme environment, experiments carried out in the city have certainly been taken out of this world. Robert Marchbanks discusses one of the associations between Southampton, The International Space Station and tympanic membrane displacement.

Modern medicine strives to improve our understanding of idiopathic disease and those with an unknown aetiology. Identifying aetiology and confounding factors will advance medical knowledge about rare and common diseases. A search on ‘idiopathic’ on the American NIH, Genetic and Rare Disease Information Center (GARD) site lists 240 diseases, of which 41 are nervous system related. Although a rather crude survey, this shows we still have a long way to go.

Medicine’s journey of discovery is paralleled by NASA’s task of preparing crew for long-duration missions; we share a common journey to help unravel some of the unknowns. NASA has hit a hurdle for humans in space and achieving their principal objective of the Mars mission. NASA’s medical discovery over the past decade parallels with the current clinical journey for discovering the pathogeneses of certain idiopathic neurological diseases. A common need is to comprehend cerebral venous drainage and pulse wave encephalopathy. These are mentioned as factors in conditions such as idiopathic intracranial hypertension, multiple sclerosis (MS), Parkinson’s, motor neurone disease, and dementias such as Alzheimer’s; in particular, idiopathic normal pressure hydrocephalus (iNPH) that is treatable and is my research interest. Meniere’s disease is also mentioned in this context. Insufficient venous drainage and pulse wave encephalopathy perhaps feature in these conditions, albeit, not necessarily primary aetiology. 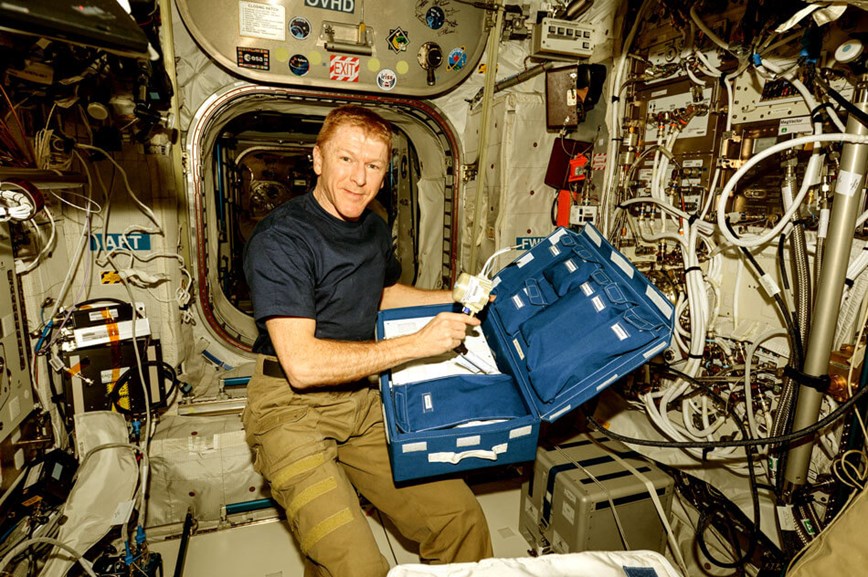 Tim Peake unpacks the CCFP/TMD Analyser in the Columbus module for the
NASA Fluid Shifts Experiment on the International Space Station. Image courtesy of NASA.

Cerebral venous drainage is traditionally an area of neglect. This is now changing. Some researchers postulate that idiopathic intracranial hypertension, chronic fatigue syndrome and fibromyalgia share a common intracranial pressure pathophysiology. Others claim a similarity in blood flow and pulsation changes in MS patients and iNPH. Recent studies show increased prevalence of cardiovascular disease in iNPH. The findings appear consistent with an underlying pulse wave encephalopathy and venous drainage issues.

Houston we have a problem

Some astronauts have intracranial hypertension and permanent brain remodelling and in-flight jugular vein thrombosis. Specific to these changes are impaired cerebral venous drainage and coupling between ICP, cerebral haemodynamics and the central venous pressure. NASA is targeting research on cerebral venous and lymphatic drainage, and cerebrospinal dynamics.

Non-invasive intracranial pressure measurements, using aural methods, is being researched by a number of international groups and is a topic of increasing interest. In most people, the inner ear provides a natural ‘window’ to brain pressure by virtue of connections that allow brain to intralabyrinthine fluid pressure transmission. The cochlear aqueduct is considered to be the main route, however, vascular and perineural routes may also feature in establishing a brain-labyrinthine fluid pressure homeostasis. Aural brain pressure measurements can be considered to fall into two different categories. 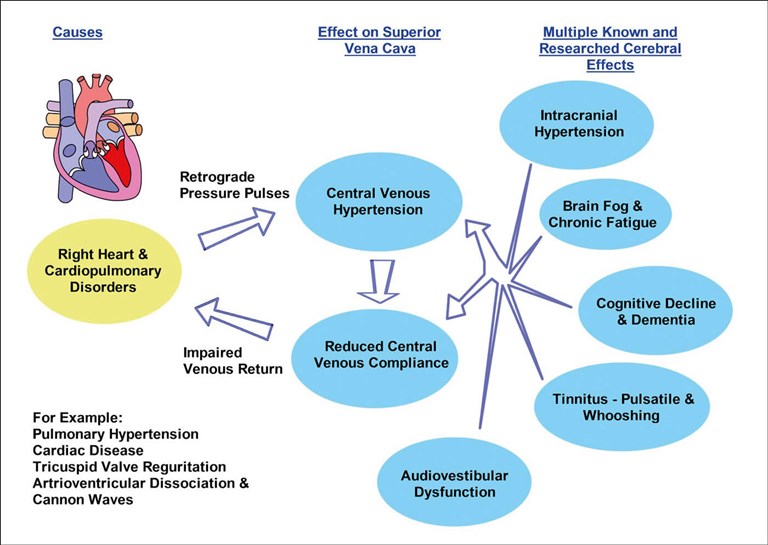 The first measurement category depends on the fact that, in most people, baseline intracranial fluid pressure is transferred to the perilymph and, in turn, this alters both the resting position of the stapes and the mechanical compliance of the oval window. Our Southampton method gauges changes in the stapes footplate resting position by eliciting the acoustic stapedial reflex and measuring TMD. Intracranial hypertension tends to cause an inward reflex TMD, whereas intracranial hypotension results in an outward TMD. Professor David Kemp’s otoacoustic emission measurements detect oval window compliance changes that occur with changes with ICP.

The second measurement category is measuring spontaneous aural pressure wave activity, and this entails either measuring these pressure changes within a sealed external ear canal or spTMD as with our Southampton technique. This spontaneous activity can reflect ICP pulsatility, however, it is more complex and is described later.

Many clinical conditions are associated with abnormal intracranial pressure and disturbances of cerebral blood flow. Symptoms of Chiari malformations and idiopathic intracranial hypertension can include headache, nausea, visual disturbance, head pressure, dizziness, tinnitus – especially whooshing or pulsatile types – and mild cognitive impairment, often called brain fog. The symptom presentation is frequently vague and varies significantly between individuals. The expected headaches may be mild or absent with consequential first referrals to ENT for dizziness and tinnitus.

Chronic subject dizziness (CSD) is an idiopathic condition without any satisfactory explanation; it often profoundly affects an individual’s quality of life and is listed by the World Health Organisation. I have seen CSD patients with tinnitus, brain fog and imbalance. This disorder can occur with abnormally high intra-aural pulsatility. Acetazolamide (Diamox) or Topiramate (Topamax) improves symptoms and reduces pulsatility; however, the pharmaceutical efficacy is untested [1,2]. Our objective is to elucidate the origins of this pulsatility.

The Southampton TMD technique has been proven in clinical trials to correlate with intracranial pressure, and we have collected data from a large number of healthy volunteers to establish the normal range for our measurements [3]. Encephalopathies due to cerebral malaria, acute bacterial meningitis and viral encephalitis are an important cause of paediatric morbidity in sub-Saharan Africa. Raised intracranial pressure occurs in these encephalopathies. In a collaborative Southampton study, abnormal TMD intra-aural pulses were found to be associated with death, possibly due to catastrophic intracranial herniation [4].

NASA and terrestrial clinical research have a common goal to discover the aetiology and pathogenesis of neurological conditions. In addition to non-invasive ICP assessment, NASA test battery includes ocular sonography; transcranial doppler; fundoscopy; and ultrasound for assessing jugular vein flow. The use of non-invasive techniques is crucial to advancement of medicine in these areas.

We have reported that both intracranial and arterial pressure independently contribute to spTMD [5]. However, this fails to explain all the complex properties of spTMD. Evidence strongly suggests that a dominant cerebral venous wave component is present. This is an important finding since it should reflect cerebral venous drainage and perhaps provide a noninvasive measure of central venous pressure. Our research entails identifying early dementia biomarkers with the hope of retarding or even halting onset of iNPH. Aspects of cerebral venous clearance that need to be considered are: altered venous haemodynamics; obstructed clearance through stenosis; and cardiac clearance related - for example, tricuspid valve disease, cardiac venous reflux and cardio-pulmonary disease.

Intracranial pressure and its dynamic properties remain elusive, yet are a vital sign of wellbeing and of life itself. It is paramount to understand effective cerebral drainage and coupling between the central venous pressure and the brain. Clinical research and NASA have a common destination; to provide effective measurement, diagnostics and treatments. Therapeutic treatments are also essential. NASA is researching countermeasures to reduce intracranial and central venous pressures. Symptoms including tinnitus, dizziness, fatigue, brain fog are also common to long COVID. Perhaps not surprisingly, impaired cerebral venous drainage and pulse wave encephalopathy may be involved. Will ENT be seeing increasing numbers of long COVID patients with persistent chronic conditions? Will non-invasive intracranial pressure assessment and the comprehensive NASA test battery assist with the diagnosis, and will their countermeasures be relevant as therapeutic treatments?

Declaration of Competing Interests: RM is the Managing Director and a shareholder in Marchbanks Measurement Systems Ltd, the Southampton University spin-off research company that manufactures the Cerebral and Cochlear Fluid Pressure (CCFP) Analyser. 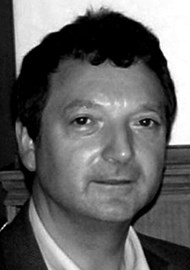