Is a fluctuating hearing loss and composing music incompatible? Professor Andrew Hugill discusses his personal experience of Meniere’s disease and the work that has developed as a result of the condition.

As I write this article, I am in the process of composing seven short pieces under the title ‘Spectrum Sounds’. These are commissioned by the BBC and will be broadcast on their platforms later in the year. Back in 2009, when I was diagnosed with Meniere’s, I assumed that my compositional career was over. Having been a successful composer and a Professor of Music, this was naturally quite devastating, but I had to face the reality that my hearing had disintegrated.

To be specific: I have severe unbalanced hearing loss (right ear worse than left) that follows the classic Meniere’s profile of low- frequency loss foremost; fluctuating tinnitus in both ears that varies in intensity and character on an hourly basis; and diplacusis, in which the brain registers two different pitches when a single note is played. Even the simplest music can quickly turn into a dissonant and semi-audible mush.

The years between 2009 and the present day have therefore been a story of finding ways to compose with Meniere’s. This remains an ongoing project, but it is interesting to explore how I have managed to get to the present point of effectively renewing my compositional career. There was a major choice to make: do I revert to writing ‘dots on paper’ in the traditional way, because I at least know what they should sound like even if I cannot hear them myself. Or do I, as a composer who often works directly with digital sound, find a way to continue to do that despite my compromised hearing? In other words, should I deny and fight against my condition, or should I somehow work with it? Broadly speaking, I have chosen the latter course, but it has not been easy.

“Using this information, I was able to construct a digital instrument which accurately reproduces what I hear when a normal piano is played”

In 2018 I founded the Aural Diversity project (https://auraldiversity.org) which explicitly sets out to include musicians of all hearing types. Aural Diversity has a strapline which is objectively true: everybody hears differently! The music business takes little account of hearing differences, so this project tries to raise awareness of conditions such as Meniere’s. Aural Diversity was financially supported by GN Hearing, whose wonderful ReSound hearing aids were a great help to me in opening up musical possibilities, as well as the Arts Council and, more recently, the Arts & Humanities Research Council. From a personal point of view, it provided the opportunity and motivation to begin composing again.

“Should I deny and fight against my condition, or should I somehow work with it?”

The first outcome was my piece, Thirty Minutes for Diplacusis Piano. This began with a systematic attempt to map my own hearing by blocking each ear in turn and recording myself singing perceived pitches, then testing the results with a pitch meter. This produced a list of pitches and the discrepancies between my two ears. Pitch was not the only difference: for example, the perceived amplitude was considerably softer from 138Hz downwards and fell away steadily. I summarise my discoveries as follows: 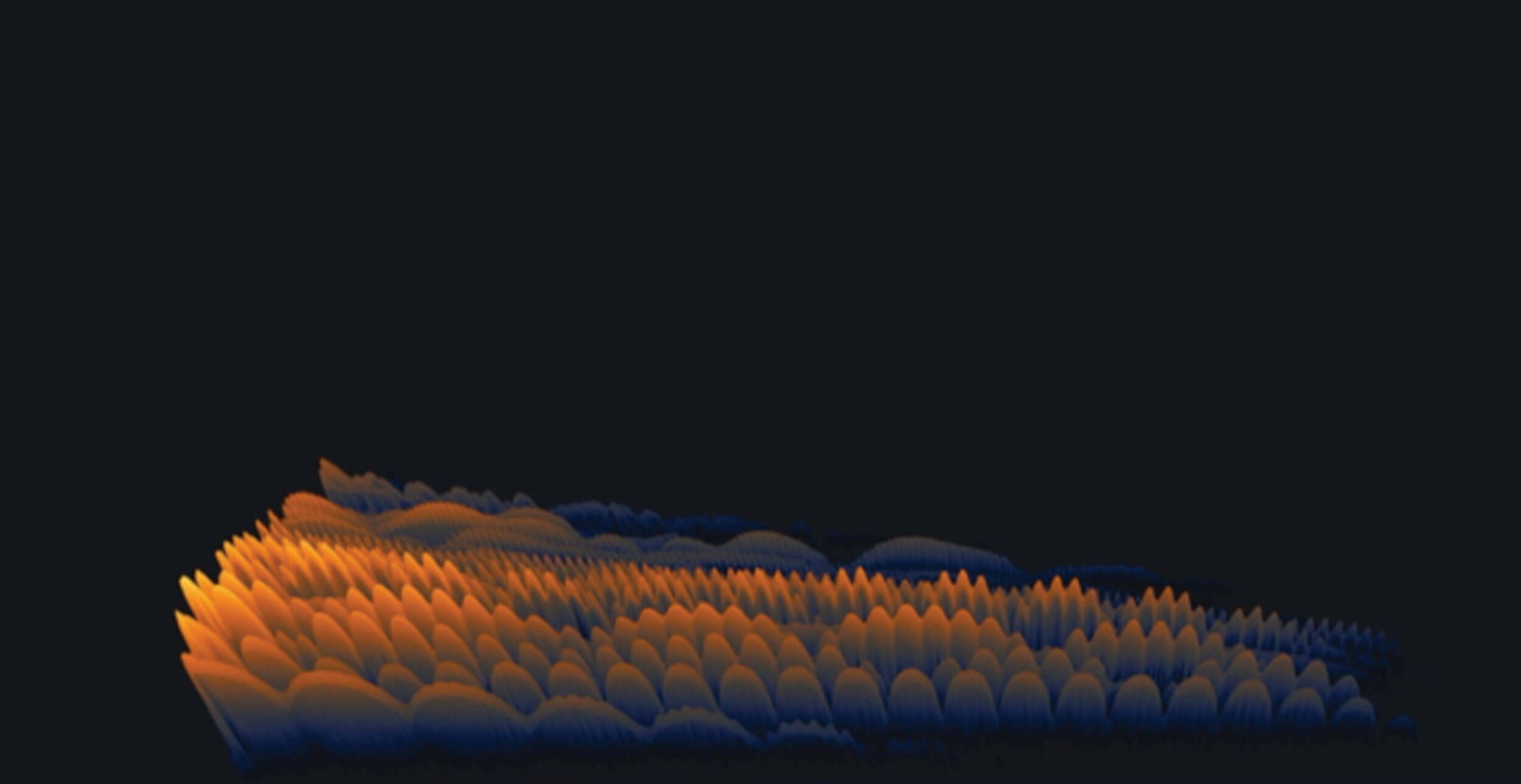 Using this information, I was able to construct a digital instrument which accurately reproduces what I hear when a normal piano is played. Composing for this instrument was extremely challenging. I was hearing my own diplacusis layered onto my own diplacusis! I realised I could only tolerate short pieces of around a minute each. I also realised I needed a new form of music notation to help me understand how the sounds I was producing could work together. I used a rolling spectrogram (see Figure 1) which became a compositional tool whereby I could line up piano overtones with one another to create meaningful sequences. Videos of these became an integral part of the piece and were screened with the music during the Aural Diversity concerts, thereby giving access to the music even for those who could not hear at all. The results may be viewed at: https://andrewhugill.com/music/thirtyminutes/.

“This worked well as a means to find some beauty and music in my own hearing, but I also wanted to work with others”

This worked well as a means to find some beauty and music in my own hearing, but I also wanted to work with others. Kelston Birdsong was written for an ensemble of musicians, ranging from profoundly deaf cochlear implant wearers, through those with a range of conductive and sensorineural hearing losses, to those with hyperacusis or misophonia (so not exactly a loss, but a heightened sensitivity). The piece works by playing recordings of birdsongs that are audible to individual musicians, who then respond with a call, to which the rest of the band respond in their turn. The results may be heard at: https://andrewhugill.com/music/kelston_birdsong.html.

Meniere’s is destructive of musicians’ careers. I spent several years keeping it secret after my initial diagnosis but, at the same time, I was forced to change career (I am now a Professor of Creative Computing). Some Meniere’s musicians turn away from music altogether and no longer either play or listen. This is something I can well understand, because the very act of listening can become uncomfortable or even painful after a short time. For myself, I have found a way back to composing through a combination of dogged persistence and some extraordinary digital technology. I intend to continue to confront and engage with the reality of my disability in my music. I hope that in doing so, I may encourage others in a similar position to see a more positive future. 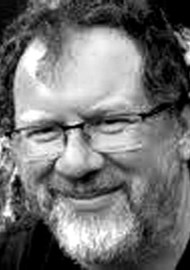