In this article, Vice President of the European Federation of Hard of Hearing, Lidia Best, explores the drivers for improvement and change in European hearing care systems.

In 2010, the European Committee for Standardization (CEN) issued the EN-15927 European Standard - ‘Services offered by hearing aid professionals.’ This European standard defines the minimum requirements for services in the field of hearing care in Europe. Moreover, this standard stipulates recommendations for the vocational training and all other aspects of service rendering. The standard, which has been approved by all involved European countries with regard to content, also includes all professional requirements for hearing-aid professionals for maximum transparency.

Recently, the European Federation of Hard of Hearing People (EFHOH) conducted a survey among their membership with the aim to check how the standard is implemented and monitored [1]. Conducting the survey was not an easy task as it became apparent that many of our members were not aware of the EN-15927 due to a lack of availability and dissemination of information.

Our survey revealed that EN-15927 is not always compulsory in European Union member states and this may be the cause of low awareness. We also learned that copies of hearing test results with explanations were not always given to service users and full pricing information is not often available at the point of inquiry. One worrying trend showed that the t-coil programme was not always activated, and often not demonstrated, even though this is still the most effective assistive support in public places.

One of the repeated comments we received which related to users’ needs and choices was:

By involving users in planning care and enabling them to make their own informed choices we can gain better efficiency of the health system.

“One worrying trend showed that the t-coil programme was not always activated, and often not demonstrated, even though this is still the most effective assistive support in public places.”

Recently, the delegates attending EFHOH AGM 2015 in Essen, Germany, signed the Essen Declaration; a joint statement from the hard of hearing community of the European Union [2].

The Essen Declaration calls for European governments to guarantee access to affordable, good quality, professionally approved hearing aids and assistive listening devices (ALDs), as well as the training and support standards to use them successfully. It builds on the UN Convention on the Rights of People with Disabilities [3] and specifically article 25 b) which highlights that hearing aids enable people with hearing loss to live fulfilling lives:

“For hard of hearing people in the European Union this right can be best fulfilled through state-funded provision of hearing aids and the proliferation of assistive listening devices (ALD).”

What does state-funded provision mean in practice? In the EU, we have state-funded, universal insurance or other means of reimbursement for hearing aids. While there are different methods of receiving reimbursement, they all have something in common; they are often part of health policies endorsed by the state. In practical terms, it means that all member states need to ensure that cost is not a barrier to opportunities for hard of hearing citizens.

Another important aspect of the Essen Declaration is access to rehabilitation and quality of the hearing care consisting of selection, fitting, counselling, and verification of follow-up. This is an integral part of the process and must not be forgotten. Therefore EFHOH supports EU Standard (EN-15927) ‘Services Offered by Hearing Aid Professionals’ which sets out the minimum standards of the fitting process we should expect from hearing aids professionals.

Service delivery varies across European Union Member States. In the UK there is a universal National Health Service (NHS) coverage of hearing aids which are free for users. This system can have drawbacks as the wait for a hearing aid can be up to 18 weeks and there may be little freedom of choice with regards to hearing instruments.

Other states operate insurance or voucher systems where there is a certain level of reimbursement, often fully covering the lower end of hearing aids and partially covering other, higher priced hearing aids. This system can provide freedom of choice and control of service received for hearing aid users.

“The Essen Declaration calls for European governments to guarantee access to affordable, good quality, professionally approved hearing aids and ALDs, as well as the training and support standards to use them.”

Interestingly, a recent report from France by Laurence Hartmann, who is a health economist, concluded that if the French Government were to offer hearing aids free of charge, there would still be a net saving and a marked increase in quality of life for millions of people [4]. Her review – presented at the European Parliament Lunch Debate in Brussels and organised jointly by EHIMA - AEA - EFHOH on 1 March 2017 – has made strong case for acting on hearing loss: for every one euro spent, the governments save 10 euros!

From the latest EuroTrack data, we learn that in the countries where there is a reimbursement system allowing hard of hearing persons freedom of choice - such as choosing a device to suit their needs and lifestyle as well as ability to choose the hearing care professional - is the way forward. This combination resonates well with person centred approach. This is a significant step forward to achieve better hearing aids use and client satisfaction.

EFHOH has welcomed this finding which confirms our consistent message as the representative of 52 million hard of hearing people. The fact that the person seeks intervention following recognition that there is a problem means that providing the best possible pathway is paramount to challenging social stigmas, embarrassment and poor practices. The self-reported hearing loss data are significant and should not be overlooked.

In some ways, the freedom of movement within the EU can be the catalyst for such changes. The experiences of hard of hearing people using services in different countries can be a positive driver for change. For this reason, EFHOH will be launching a report on the provision of hearing aids and reimbursement systems to bring better transparency and information for service users across the EU. 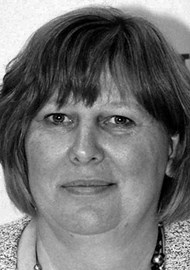