Direct application of medication into the ear is long established, going back as far as written records. In the modern era, greater understanding of aural anatomy revealed that drugs instilled in the middle ear could potentially diffuse into the cochlea via the round window. Various techniques of delivering intratympanic drugs have been investigated: in the nineteenth century various researchers examined whether volatile vapours, insufflated into the middle ear via the Eustachian tube, could be used therapeutically [1]. Most subsequent work, however, has concentrated on the transtympanic route; delivering the agents through the eardrum.

Direct injection through the tympanic membrane using a fine gauge needle has been the most commonly used technique – the first publication using this method was by Gray in 1935 using intratympanic thyroxine to attempt to ameliorate hearing loss due to otosclerosis [2]. Other techniques including injection through a ventilation tube, and delivery via a wick or micro-catheter have been tried [3]. Most commonly the drug used is a simple solution but other formulations including gels have been tried and some research has examined the use of drug eluting devices which are surgically implanted in the middle ear adjacent to the round window. Intratympanic drug therapy now has an established role in the treatment of the vertigo of Ménière’s disease using gentamicin and improving hearing in sudden sensorineural hearing loss (SSNHL) using steroids.

Modern theories regarding the pathogenesis of subjective idiopathic tinnitus (SIT) concentrate on the central auditory system and most treatments currently undergoing development, such as psychological therapies or transcranial magnetic stimulation are aiming to modulate central processes. The ear, however, is important in the generation of tinnitus particularly at the initial triggering or ignition stage [4]. If tinnitus is associated with hearing loss, trying to correct that loss appears to be of benefit, notable examples being stapedectomy in otosclerosis and cochlear implantation in profound hearing loss. The ear therefore remains a therapeutic target for the treatment of tinnitus particularly in those cases of tinnitus associated with sudden hearing loss. There have been studies investigating tinnitus accompanying sudden hearing loss in conditions such as Ménière’s disease or SSNHL but it is unclear whether any tinnitus improvement is due to a direct effect on the tinnitus or is simply a reflection of improvement of the hearing. With SIT the role of the cochlea seems less pivotal to the tinnitus as there is no associated sudden hearing change. The few studies that have investigated intratympanic therapy for SIT have typically looked at the use of steroids and local anaesthetic agents with more recent work on glutamate agonists now emerging. A handful of small scale studies have assessed ethylmorphine, carbachol and caroverine without demonstrating any benefit.

“The ear remains a therapeutic target for the treatment of tinnitus particularly in those cases of tinnitus associated with sudden hearing loss.”

The rationale for steroid use in intratympanic therapy is based predominantly upon its anti-inflammatory properties. Additionally glucocorticoid receptors are present within the cochlea giving steroids a ‘target’ in the inner ear to act upon. It has also been demonstrated that glucocorticoid steroids can modify cochlear ion transport and research in animal models has demonstrated that steroid therapy effectiveness in steroid sensitive hearing loss is due at least in part to its effects on cochlear ion transport [5]. It is difficult to extend this rationale to SIT as no inflammatory process has been shown in patients with SIT. Thirteen trials were identified that have investigated the role of intratympanic steroids and tinnitus but study quality was generally poor with many studies demonstrating inadequate or absent use of blinding and control groups. Many included patients with SSNHL and / or Ménière’s disease and in these studies it was impossible to separate the outcomes of those patients who had SIT. Among the more scientifically rigorous studies, Topak et al. (2009) [6] randomised 59 SIT patients to intratympanic methylprednisolone or saline placebo, concluding that methylprednisolone conferred no benefit over placebo. Choi et al. (2013) [7] administered intratympanic dexamethasone to 30 patients with tinnitus that had not responded to conventional management. The majority had SIT; there were other aetiologies but the intratympanic trial was undertaken after acute cochlear events had settled. The study concluded that intratympanic dexamethasone is not effective for refractory tinnitus.

Local anaesthetic agents such as lidocaine, given intravenously have been shown to transiently ‘switch off’ tinnitus in approximately 60% of patients. This has been demonstrated in a number of randomised controlled trials. The effect most commonly lasts for the duration of the infusion, extending up to a few days at most. Lidocaine is thought to work by inhibiting voltage gated sodium channels without affecting the resting potential of the neuron. However intravenous application is associated with significant systemic side-effects including potentially life threatening cardiac arrhythmias. The intratympanic route of administration was therefore investigated, with the aim of maintaining efficacy whilst avoiding systemic side effects. Three observational studies have investigated the role of intratympanic lidocaine in the treatment of SIT. Unfortunately no control, randomisation or robust outcome measures were adopted in any of these studies. No consistent benefit was shown though there were sporadic reports of improvement. What was, however, a common theme in all treatments was severe vertigo, requiring in some cases hospital admission for supportive therapy and instigating drop out rates from initial patient cohorts of up to 83%. The vertigo occurred even if patients were pre-emptively treated with vestibular sedatives. The failure of intratympanic lidocaine in reducing SIT can possibly be explained by later work which suggests the effect when administered intravenously occurs through a central pathway [8].

The most recent work on intratympanic therapy and tinnitus has looked at the role of glutamate in the generation of tinnitus. Glutamate acts as the main excitatory neurotransmitter in the auditory pathway. It can act on α-amino-3-hydroxy-5-methyl-4-isoxazolepropionic acid receptor (AMPA) or N-methyl D-aspartate (NMDA) receptor subtypes. A current theory supported by rat animal model data suggests that cochlear NMDA receptors upregulate in response to cochlear excitotoxicity [9]. These upregulated NMDA receptors are then responsible for abnormal spontaneous firing of the auditory nerve fibres, which is perceived as tinnitus. By attempting to block the firing of the upregulated NMDA receptors with an NMDA receptor antagonist it has been hypothesised that the resultant tinnitus should be reduced. With significant side-effects from systemic application of NMDA antagonists, the intratympanic route could potentially offer a safer route of administration. This area of research is still in its infancy, but work has started to look at this in the acute tinnitus population following acute noise induced hearing loss or SSNHL. If this shows benefit the treatment may be applied to patients with SIT. The first published trial looked at intratympanic administration of AM-101, an NMDA receptor antagonist [10]. This was predominantly a phase 1 trial confirming its tolerability and safety in human subjects. However the initial results regarding its effects on tinnitus did not show any statistical difference between AM-101 and placebo. Further work on this receptor family and AM-101 in particular is being undertaken.

In summary, the majority of trials examining intratympanic administration of therapeutic agents in SIT have been of poor scientific quality. There is no robust evidence to support the use of any of the above compounds in the treatment of non-syndromic tinnitus though the work regarding glutamate antagonists remains at an early stage. 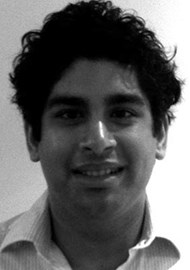