As these things sometimes happen, our first conversations about Social Enterprise happened pretty much by chance and in our case were a by-product of discussions about a new department having outgrown the current one.

The National Health Service (NHS) Audiology Service (we offer all adult and paediatric audiology and balance services bar cochlear implant) in Exeter, Mid and East Devon, United Kingdom (UK), had been part of the local acute trust until April 2004 and then became part of Mid Devon Primary Care Trust (PCT) following discussions at chief executive level about the best destination for the service. (It was the time when digital hearing aids had been introduced in the NHS but before 18 week targets came around. The trust I am sure were fed up with the letters complaining about the waiting times – 18 months to two years and Mid Devon wanted a community service.) Although we were based at the acute trust and then began to rent our rooms from them, we have always taken the hearing aids service out to locality clinics. Staff had got used to Transfer of Undertakings Protection of Employment (TUPE) – Acute Trust to PCT to larger PCT to different named PCT etc.

On 1 May 2011 we became a Social Enterprise, utilising the Right to Request regulation after successfully making a case to the PCT Board. We are a Community Interest Company. We have to demonstrate that any surplus is invested in our aims and an asset lock prevents take over by for-profit competitors. Staff (there were 41 of us and are now 50) transferred under NHS Terms and Conditions. We now have a contract with the NHS rather than being employed by the NHS.

The basic principle of the spin out is that we expect to make better use of the same resources that the PCT commissioning arm paid for audiology services by operating as a business focused entirely on audiology services rather than being part of a wider NHS organisation with multiple healthcare aims. We believe that making efficiency savings, renegotiating contracts and working differently all with the aim of maintaining and improving audiology services rather than the health economy as a whole incentivises us knowing that we make use of the savings ourselves. This has proved to be the case.

For example, as part of the spin out settlement the PCT had to let us know exactly the proportion of its budget that was utilised for every aspect of the service – Human Resourses, Information Technology, PCT Management etc. and then we have the freedom to decide how to invest that money in those services in the best way for Chime (www.chimehealth.co.uk). In a significant number of cases this was not with the original suppliers, getting us a better value deal and enabling investment in the service to keep the quality of the service high. 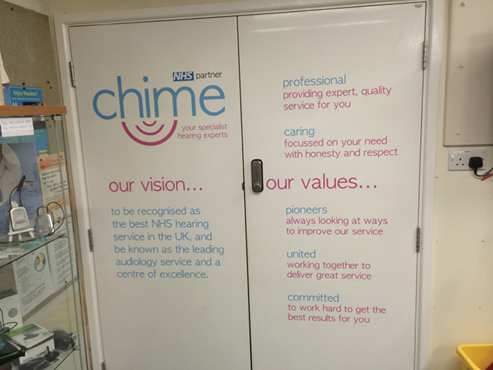 To operate as a business requires different skills from those we had grown up with in the NHS. To lead a Social Enterprise requires some of the same skills as leading an NHS service but it also requires new skills and will place seemingly endless demands on your time. If you thought you were busy before spinning out…!

Whilst for most of the team in the days following spin out the work is pretty much the same – that is the point – you want to keep the quality high, understanding how to lead a business continues to be a very significant learning experience. The Department of Health put several of the spin outs together in a sort of mini NHS School of Social Enterprise. This exposed us to speakers who had been there, seen it and done it and in one notable case ended up in the House of Lords. Fascinating stuff and quite humbling when many social enterprises started only with an idea and gradually through determination, hard work and a degree of luck built up a business. Spin outs are quite different in that Chime started on day 1 with a £2.6 million turnover but many principles were the same.

The responsibility certainly goes up quite a notch. Leading a team that rely on each other for success and continuity of employment where there is no safety net of the NHS any longer can be daunting. This is balanced by the ability to make swift, audiology focused decisions not bound by the bureaucracy of a large multicare NHS organisation. This is rewarding and liberating. Knowing that you can offer a post to someone to, say, cover maternity leave starting immediately it is required rather than being subjected to an organisation wide vacancy freeze allows for better continuity of service. In fact that is probably at the heart of what is better – knowing that you can make the right decisions for an audiology service and provided that you have done your sums correctly no-one is going to stop you doing it. How many times have good directions been stymied in the past for the greater good of the trust or PCT? It is very powerful and motivating to have that focus.

The advent of any qualified provider has been a challenge, but one that we have been able to face head on now that we are more business orientated. We have been able to take more people on, increase capacity and income, have a proof of concept project about to start outside of our normal catchment area and have advanced plans re the centre of Exeter. We also plan to move our base away from the hospital to a purpose built design, partnering the local Deaf Academy.

As alluded to earlier on, becoming business-like in leading Chime is something that you have to rapidly immerse yourself in but there are organisations that help social enterprises and we have been able to apply for grants for bespoke pieces of work – for example in researching and equipping the new venture, and working with the Manufacturing Institute on Lean Processes. Recognising the gaps in one’s own portfolio of skills is also vital in making progress.

I was funded to attend the Wavelength Connect programme (http://thesamewavelength.com/connect) in 2013. This takes members of social enterprises along with employers of large business – in our case, amongst others Sainsbury’s, BBC, Deloitte, Rolls Royce – and exposes them to talks and sessions with business leaders – for example Sir Martin Narey, ex Director of Prisons, Baroness Sue Campbell, UK Sport. It was of such great value to hear their stories and be exposed to their experiences good and bad. I never failed to come away from any one of the many sessions without being inspired in some way.

Changes do not always happen quickly. Chime is still very much in change mode three years on. It remains exciting, challenging and very busy. In an increasingly financially pressured NHS we have a chance – a chance to deliver high quality hearing care free at the point of delivery supplemented on occasion through income generation allowing investment in the service. It still feels odd to leave the NHS to champion NHS quality but we would encourage anyone to examine this avenue or indeed talk to us. 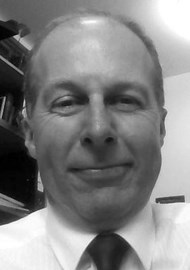