The introduction of multichannel cochlear implants (CIs) in the early 1980s provided children and adults with severe and profound hearing losses with greatly improved speech perception skills. In this paper, however, I am going to focus on an area that continues to present difficulties for many adult CI users – music listening.

Although adult CI users are usually able to communicate effectively via audition alone, at least in quiet, a sizable proportion of this group report that they are disappointed with the sound of music. Lassaletta et al’s (2007) study of the music listening habits of adults, for example, found that, although around 50% reported that they enjoyed listening to music with their CIs, the experience was not as enjoyable as it had been before implantation [1]. This finding is in agreement with earlier studies conducted by Gfeller and her colleagues [2, 3], which found that around 50% of adult CI users reported at least some satisfaction with music listening, while the remaining 50% did not.

This is, perhaps, not surprising; CIs were designed to give users access to speech, not music, and processing strategies have focused primarily on the speech signal. Hilbert (1912) showed that an acoustic signal can be decomposed into a slowly varying envelope (amplitude modulation) and a high-frequency carrier of constant amplitude – the temporal fine structure of the signal [4]. The work of Smith et al. (2002) revealed that fine time structure is critical for music perception, while speech is relatively well transmitted by the more slowly changing temporal envelope structure [5]. Until relatively recently, the information from CIs has been restricted to envelope cues, and many CI users have been frustrated in their desire to listen to, and enjoy music.

The introduction of new coding strategies, that allow at least partial access to fine time structure, has resulted in improved subjective ratings of music by adult CI users [6, 7, 8], but these innovations are not available to most CI users, and it appears that around 50% of adult CI users continue to be at least partially dissatisfied with the sound of music. It must be remembered, however, that about half of adult CI users are, again, at least partially, happy with the sound of music. In my work, I have tried to discover what can be done to try to enrich the music experiences of all adults with a CI. There is much to learn from those who are successful, and I will attempt to explain what we can learn from the experiences of this group.

Studies looking at the musical skills of CI users often break music down into its constituent ‘elements’ such as tempo and rhythm, pitch interval and melody, and timbre and instruments [9]. Although this approach is rather artificial, it does provide some useful insights into why many CI users are unhappy with music.

A number of studies have found that while tempo and rhythm are relatively well perceived by CI users [10, 11], the latter two elements are not [3, 10, 11, 12]. For example, several studies have reported that CI users perform poorly on pitch perception tasks. Gfeller et al. [12] found that while normal hearing subjects’ mean difference limen for pitch was 1.13 semitones, that of adult CI users was 7.56 semitones; more than half an octave. Further, the performance of the CI subjects was highly variable, ranging from one to 24 semitones.

“CIs were designed to give users access to speech, not music, and processing strategies have focused primarily on the speech signal.”

Care needs to be taken in the interpretation of these results, and in determining their relevance for music listening by CI users. Although pitch is undoubtedly an important part of most musical experiences, it is not necessarily an essential prerequisite for music enjoyment. I know many CI users who report that they have great difficulty following a tune, but still enjoy listening to music.

A more ‘valid’ measure of a CI user’s ability to access music might be the recognition of familiar tunes. Gfeller et al. presented 49 adult CI users with 12 ‘familiar melodies’, such as ‘Happy Birthday’, and ‘The Wedding March’ played on a synthesised piano [12]. The mean score for CI users was only 12.6% correct (range 0 – 43.75%), which was significantly poorer than that obtained by a control group of normal hearing adults (mean = 55.1%; range = 13 – 68.9%).

Although previous research had indicated that “experienced implant recipients preferred the tone quality of the piano to that of seven other commonly heard instruments” [12], it should be remembered that CIs were developed specifically for speech, not music, and a ‘fairer’ test of the ability of CI users to identify tunes should perhaps use the human voice rather than a musical instrument. The obvious limitation of this approach, however, is that listeners could use the lyrics to identify the song. One alternative is to substitute the nonsense syllable [da] for each syllable / note in a song or tune to determine whether this led to improvements in the ability of CI users to identify familiar tunes.

I recorded 15 familiar songs, such as ‘Happy Birthday’, ‘Twinkle, Twinkle Little Star’ and ‘Yankee Doodle’, using this technique, and asked 15 adult CI users to tell me the name of each piece [13]. The mean score for the subject group was 62% correct (range = 20 – 100%), which is considerably higher than that reported by Gfeller et al. [12]. There are several factors that may have contributed to these scores, such as access to temporal cues, but the use of a male voice with a relatively low pitch is probably the most important. Oxenham (2005) believes that envelope cues presented by CIs can provide access to “single-line melodies … within a limited pitch range (up to about 300 Hz)” [14].

“The CI user may be able to ‘evoke’ similar musical memories of a familiar tune or song.”

Zeng (2004) noted that “cochlear implants subjects … have a great deal of difficulty identifying timbres associated with different musical instruments” [9], and this obviously creates difficulties in music listening. Gfeller et al. [3] presented a group of 51 CI users with a forced-choice task involving eight different musical instruments – trumpet, trombone, flute, clarinet, saxophone, violin, cello and piano. The mean identification score obtained by the CI users was 47% correct, whereas a control group of listeners with normal hearing had a mean score of around 90% for the same task.

Bradley (2010) presented a closed-set “instrument” test contrasting trumpet, saxophone, piano, flute, drums / tympani, tuba, guitar, violin / strings, female vocal and male vocal, to ten adult CI users [15]. The mean score for the CI listeners was 58% correct, while the mean score for a control group of normal hearing listeners was 99%. It should be noted that these scores are significantly better than chance level performance, and indicate that CI users have at least partial access to timbre cues for instrument identification.

Studies focusing on individual musical components have yielded much useful information, which helps to explain the difficulties that many CI users have with music. In the end, however, music needs to be seen as a multifaceted experience that combines tempo and rhythm, pitch interval and melody, and timbre and instruments. It should also be noted that access to even one of these musical parameters may help recognition of another. Gfeller et al., for example, cite the case of a CI user who “stated that she often listened to the rhythmic pattern at the beginning of an item. As the item continued, she would then try to match that pattern with her memory of familiar melodies” [12].

Kraemer et al. provide some insights into the processes that may be involved in this type of “remembered listening” [16]. They played familiar and unfamiliar songs and tunes to a group of normal hearing listeners, while monitoring brain activity using functional magnetic resonance imaging (fMRI). Short segments, ranging from two to five seconds in duration, were extracted from the musical pieces, and replaced with periods of silence. They found that “familiar songs induced greater activations in auditory association areas than did silent gaps embedded in unknown songs,” and that “simply muting short gaps of familiar music was sufficient to trigger auditory imagery that indicates the obligatory nature of this phenomenon. Corroborating this observation, all subjects reported subjectively hearing a continuation of familiar songs, but not of the unfamiliar songs, during the gaps in the music”.

CI users often report that they prefer to listen to familiar music, at least initially, and the CI signal may trigger a similar reaction to that described by Kraemer et al. That is, the CI user may be able to ‘evoke’ similar musical memories of a familiar tune or song. The ‘auditory imagery’ could be triggered by aspects of the melody, a distinctive rhythmic pattern, or the lyrics, and serve to ‘fill out’ the user’s auditory experience.

Getting back to music

Declaration of Competing Interests: Geoff Plant is an employee of Med-El Medical Electronics. 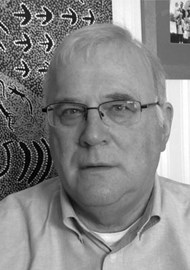