The relatively recent emergence of cochlear implantation as a potential means of restoring hearing to a deafened ear, in the presence of normal hearing in the other ear, has proved an exciting and yet surprising development. James Tysome explores the literature to see what evidence there is that this advance offers any benefit over current rehabilitation techniques.

The detrimental effects of single sided deafness (SSD) on education, work and psycho-social wellbeing of patients as a result of reduced speech perception in noise and sound localisation are well recognised. While several options are available for hearing rehabilitation, the only device with the ability to restore binaural hearing, and therefore fully rehabilitate SSD, is a cochlear implant (CI) (Figure 1). 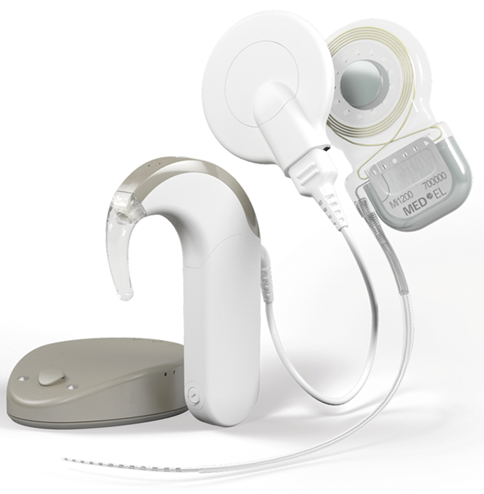 Conventional devices including contralateral routing of sound (CROS) hearing aids and bone conduction devices (BCD) are only able to mitigate the effect of the head shadow effect (head acts as acoustic barrier creating greater signal to noise ratio in one ear).

“While several options are available for hearing rehabilitation, the only device with the ability to restore binaural hearing, and therefore fully rehabilitate SSD, is a cochlear implant (CI).”

An interesting animal study investigating the effect of SSD on the auditory cortex demonstrated rapid onset of asymmetry in the brain. The hemisphere ipsilateral to the hearing ear responds preferentially to that side. However, some responsiveness to the deaf ear is preserved, leaving the window open for further plasticity to reverse this if binaural hearing were restored through CI [1]. However, are these binaural advantages truly seen in patients treated with CI for SSD? Unfortunately, it is difficult to make firm conclusions at present, as individual studies are underpowered, have different inclusion criteria in terms of indication for CI and duration of deafness, heterogenous outcome measures and no control groups [2].

Binaural summation: when the same sound is presented to two ears simultaneously, central processing provides an improvement in signal detection, resulting in improved speech perception in quiet and in noise.

Accepting these limitations, most studies report improvement in sound localisation, tinnitus and quality of life with mixed evidence regarding speech understanding in quiet and noise [3,4].

Paul Van de Heyning’s group in Antwerp, Belgium have published widely in this field and recently reported encouraging longer term patient outcomes after CI for SSD [4]. They found that performance continued to improve between one and three years after implantation, where improved speech perception in noise was observed. Significant improvement in binaural summation was only demonstrated by three years.

“Tinnitus suppression offers another advantage of CI over contralateral CROS and BCD.”

Although the majority of evidence is in adults, early outcomes in children with acquired SSD suggest similar benefits to adults, although there is a higher incidence of abnormalities of the cochlea or cochlear nerve that may limit the benefit of CI in paediatric patients [5]. Changes in neural plasticity support early CI after SSD, much in the same way that children with bilateral sensorineural hearing loss who initially opt for unilateral CI and then decide to proceed to sequential implantation should receive their second implant as soon as possible in order to offer the best long-term outcome.

There is evidence to show that tinnitus in an ear with profound sensorineural hearing loss in the setting of SSD can be effectively treated by CI [6]. Tinnitus suppression offers another advantage of CI over contralateral CROS and BCD. Hearing loss due to Ménière’s disease sometimes progresses to SSD. Where these patients continue to have persistent vertigo, CI in combination with total osseous labyrinthectomy has been effective at both preventing attacks of vertigo and improving the patient’s hearing [3].

“It seems likely that we will need to wait for evidence demonstrating the benefit for CI in SSD over other devices before health economists in the UK consider CI a realistic option.”

While the limitations of current evidence with small numbers of underpowered studies reporting different outcome measures make it difficult to confidently conclude that CI is superior to other devices for rehabilitation of SSD, demonstration of true binaural hearing after CI for SSD is encouraging and make this an attractive option. Indeed, at a recent conference on BCD for UK centres, when the audience of experienced hearing implant surgeons and audiologists was asked their opinion on the best option for rehabilitation of SSD given a free choice of all devices, opinions were split between CROS, BAHA and CI. This was despite the majority of clinicians having no experience with CI for SSD.

Unfortunately, CI for SSD is currently not an option under the current national specialist commissioning guidance in England. As we are unable to offer bilateral CI to adults with bilateral profound sensorienural hearing loss, it seems very unlikely that we will have the opportunity within the NHS to offer adults with unilateral hearing loss a CI where they have normal hearing in their contralateral ear. In addition, other cheaper devices for treating SSD are available and effective. It seems likely that we will need to wait for evidence demonstrating the benefit for CI in SSD over other devices before health economists in the UK consider CI a realistic option. This will require well-designed trials containing control groups and robust outcome measures.

Declaration of Competing Interests: None Declared. 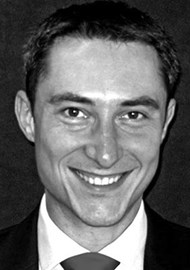