Secrets of the listening brain: what measuring the brain can tell us about hearing aid use and more
By Kelly Tremblay

In a typical audiology clinic, on any given day, a person is waiting to see an audiologist to get a hearing aid (HA). It might have taken over 10 years to get to this point of considering a hearing aid(s) [1], and even then the person may still be reluctant. It may be a spouse, pressure from an employer, or other external stressors that prompted the visit.

Even though each individual person’s story may be unique, the dialogue between the audiologist and patient / client is all too often the same. Six months after being fitted with a HA for the first time, the discussion often goes something like this:

We spent all of this money on a hearing aid, isn’t that enough?

Why isn’t he wearing it? Making sound louder, through the use of a HA, is an important part of helping people with hearing loss. But what a person does with that sound can be bit of a mystery. If we think of the brain as a computer, the central processing unit (CPU) that controls what we can do with the sound, then it’s also important to study the brain. This CPU might hold the secrets to understanding why one person will do really well with his / her hearing aid but another person won’t.

Success in HA use varies widely, especially when they are used in noisy settings. In a large-scale study, little more than half of all HA users (approximately 60%) reported being satisfied with their performance in noisy environments [2]. In fact, two of the top reasons people did not wear their HAs were: i) the HAs did not perform well in noise (48%) and, ii) the HAs picked up background sounds (45% [3]). Of the people who did try HAs, nearly half of them returned their aids because of the lack of perceived benefit in noise. So even though the goal of HA amplification is to improve a person’s access to sound, it is important to acknowledge that the best engineered HA does not guarantee satisfactory perception.

Why is background noise such a problem for me?

Speech understanding in noisy environments can be a challenge for anyone, even when a person has normal hearing. When listening through a hearing aid, the problem becomes even greater because the HA not only amplifies the wanted sounds, it also amplifies background unwanted sounds. There have been technological advancements to help deal with these situations, including directional microphones, various types of digital signal processing, methods for determining gain settings etc. However, despite these advances, there is not a lot of evidence to suggest that they result in better outcomes in the real world [4, 5]. This means there must be something more to successful HA use than making sounds louder.

We know that there are many variables that can influence a person’s listening experience (e.g. age, attention, motivation, personality, lifestyle, and biology). We have learned a lot about the ageing brain and how hearing loss and ageing can combine to put a HA user at a disadvantage when listening to amplified sounds.

Understanding speech in a noisy environment can become more difficult with increasing age. This point is important because the majority of people who are candidates for a HA are those who experience age-related hearing loss. Changes in both the peripheral (ear) and central auditory system (brain) have been described to be major contributors to the speech understanding problems of older adults. For example, with increasing age, neural synchrony in the central auditory system deteriorates and contributes to the difficulty older adults have when perceiving speech, especially in noise [6, 7]. Speech contains acoustic information that is rapidly changing in time and the ability of this information to be sent from the ear to the brain, via synchronised patterns of electrical activity, diminishes with age and hearing loss [8-10]. Hearing aids help by making sounds louder, but they do not correct for this impaired biology. Therefore, using a HA may be like turning up the volume on a radio station that is ‘off frequency’ since the sound that is heard is likely to be distorted.

Two important brain connections should be kept in mind: First, the ear-to-brain bottom-up connection. The sounds input into a HA are different than the output. Quantification of output is an important and necessary step to understanding the biological processing of amplified sound. Our lab and other labs have shown that the amplified signal contains noise that disrupts the neural representation of the signal even when different types of hearing aids (analog and digital) and their parameters (e.g. gain, frequency response) are manipulated [11-14]. This means that the typical older person who wears a HA not only has to contend with auditory temporal processing problems, but they also have to deal with a signal coming out of a HA that is distorted and contains more noise compared to the original signal that went into the HA.

The second brain connection refers to brain-to-ear (top-down) processes. Over a decade ago, a working group prepared a consensus report on the need to include central / cognitive factors when considering hearing aid use and rehabilitation for older adults [15] and since then there has been increased awareness about including measures of cognition when discussing rehabilitation involving HA fitting. Our research has looked at the ability of younger and older adults to learn sounds because the ability to relearn how to listen may be important to success with HAs. It is possible that the degree of benefit a particular person receives from a HA depends on how well the auditory system can adapt to the novel acoustic cues delivered by the device. People who do not experience significant benefits from a HA may have auditory systems that are less plastic, i.e. less capable of learning how to represent new acoustic cues. Similarly, poor speech perceivers may have more difficulty ‘learning’ how to relate these new neural patterns to existing memories of speech sounds.

Capitalising on cognition: will I relearn to hear?

The brain has a remarkable capacity to change. We have shown that the brain changes in response to sound stimulation and learning – almost instantaneously [16-18]. Even if a person is not actively attending to and being rewarded for correctly identifying sounds, changes in cortical activity take place and persist for approximately a year. Such findings suggest that even being exposed to sound is important and has physiological effects that we believe are important to perception – including HA use. Recent work by Anderson and Kraus [19] and Clinard et al. [20] are extending this brain-behaviour relationship to include brainstem measures as well as cortical measures.

If being exposed to sound triggers changes in the way sound is encoded in the brain, it would be reasonable to assume that the brain changes after being fit with a HA and experiencing new hearing-aid processed sounds in the real world. While there is some evidence to suggest this might happen, the neuroscience related to hearing aid acclimatisation is currently unclear. If changes in the brain are taking place following HA use, then they do not seem to result in functionally significant gains in behavioural performance on self-assessment or speech-in-noise measures. For example, when Humes and Wilson [21] tracked perceptual measures among hearing aid users following 1, 2 and 3 years of HA use, there was no convincing evidence of hearing aid acclimatisation. The greatest gains appeared to come from the immediate change of making previously inaudible signals audible. Thus, in the absence of targeted therapy (e.g. auditory training), fitting people with hearing aids and sending them out to interact in the real auditory world does not appear to result in gradual benefit over time. With that said, even computer-based training exercises designed to enhance learning through top-down and bottom-up engagement have met with mixed reviews [22, 23]. While there is no doubt that HAs improve audibility, it appears that we have not yet identified the secret to HA success. My best educated guess is that the rehabilitation of people who are hard of hearing will someday involve prostheses that can capitalise on bottom-up and top-down resources, and are informed through neuroscience and patient / client feedback. So in as much as the future of HA use might depend on the secrets from the brain, it will be the patient / client who ultimately tell us whether or not the brain is effectively using sound in everyday life. 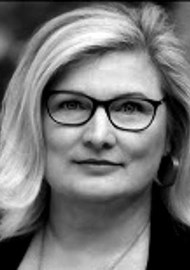