Tinnitus and music
By Marc Fagelson

Marc Fagelson discusses how not just hearing loss, but tinnitus and hyperacusis and impairments to an individual’s ability to process music can adversely affect one’s quality of life, as well as their overall interactions from a societal and personal perspective. He explains the processes and anatomy underlying our music perception so that as clinicians we can be better advocates for our patients, thus enhancing their participation in music-related activities and preventing avoidance behaviours.

The mammalian auditory pathway is a complex signal processor charged with analysing spectral components of sounds in a manner that conveys to its owner a sound’s identity and meaning. In general, the more sophisticated and experienced the listener, the more accurately the sound’s identity can be determined, and the more thoroughly the sound may be linked to specific memories and emotions.

In the case of music, familiarity with specific songs or musical passages supports the possibility that selected music will modify or amplify emotional valence. Weddings feature specific songs that may be packed with positive meaning for the couple, yet produce dismissive laughs or hand-wringing aversion in the other wedding guests.

It could be argued that music’s transmission through the auditory pathway, from spectrum to perceptual experience, is at least as important to human development and function as any language. The psychoacoustician and musician Edward Burns (1999) put it this way: “Music first developed as, and still largely remains, a social phenomenon associated with religious or other rituals that, like language, necessitated an easily remembered common framework” [1]. Music processing impairments have the potential to subvert a patient’s quality of life, their connection to others, and to society.

“It could be argued that music’s transmission through the auditory pathway, from spectrum to perceptual experience, is at least as important to human development and function as any language.”

Provision of audiologic services can address, among other things, effects of hearing loss and tinnitus on patients’ relationship with music. Clinicians are often challenged when distressed patients indicate that tinnitus, or sound tolerance issues, impair music enjoyment and compel avoidance behaviours. The situation is exacerbated when avoidance is accompanied by dire thoughts that music will no longer be a part of the patient’s life. Such catastrophic thinking may require counselling regarding auditory mechanisms and related psychological responses to sound, for which clinicians may feel unprepared. Ironically, many audiologists share the patient’s familiarity with and enjoyment of music; their experiences with sound and music, when shared and elaborated upon, may be of benefit to the patient.

The clinician who connects effectively with the patient through the use of analogy and dispensing of accurate information can support patient resilience and adaptability. The use of music as a way for patients to influence, among other things, their emotional valence, tinnitus awareness and loudness processing affirms the importance of intervention that acknowledges the value of music as a therapeutic element.

Music requires processing accuracy across several mechanisms associated with transduction (cochlear hair cells), spectral analysis (tonotopic organisation and bandpass filtering), amplification and attenuation (auditory CNS). It is not much of a leap to recognise that music delivery systems work with similar instrumentation; hair cells act as microphones, the basilar membrane and associated VIIIth nerve fibres distribute frequency components into distinct bands, and the auditory pathway acts as a sound board with controls that can vary, within limits, the relative energy levels present in those frequency bands. The music we perceive is modified and shaped by sensory and neural elements; much is still to be learned about the effect of conscious thought and emotional state on the processing. Nevertheless, patients often appreciate a counselling interaction in which complicated events are depicted in familiar terms, such as those related to ubiquitous sound systems and music venues.

The thought that a musician or music enthusiast would avoid occupational or recreational exposure to music should be anathema to the audiologist. While a review of counselling strategies is beyond the scope of this report, the clinician is encouraged to incorporate a patient’s experiences with music to support rehabilitative efforts. The concept of tinnitus as an internal noise whose detection may arise as a natural by-product of auditory system adjustment to a (clinical or sub-clinical) change in hearing offers a reasonable starting point. Auditory pathway compensation for peripheral damage functionally resembles a sound engineer modifying signal strength in specific bandwidths. In the case of hearing loss and/or tinnitus, the effect of such modification alters a listener’s pre-existing familiarity with sounds such as keys or dishes rattling; similar changes may make music sound different. Because music provokes personal and intimate reactions from listeners, the corruption of familiar music may produce a powerful negative response.

It is worth noting that a person’s opinion and reaction to music is fluid and changes over time, and with repeated exposures. Preferences, tastes, are acquired, sometimes with focused effort as if listeners believe they are supposed to like a specific artist (the author recalls several Talking Heads albums that required numerous, occasionally-forced listenings in order, as it seemed, to get inside the music, as if to ascertain and appreciate a criterion amount of the recorded information). Music either changes mood or it does not, a specific outcome is often targeted a priori by the listener, DJ, or barista. Whether selected consciously or offered unexpectedly, in a completely novel (i.e. elevator) version, it may be reasonable to say that, as Burns suggested [1], nearly all music, throughout time, has been presented in order to create an effect, even if that desired effect is for minimal attention.

The intrusion produced by tinnitus on a person’s calibrated responses to music therefore demands consideration. If nothing else, tinnitus is the crackling background of a noisy vinyl record, or the crunchiness of a dirty volume control knob. Tinnitus changes the experience of listening even if one’s hearing thresholds are normal, or the music is played at a comfortable level. Singing along and tuning an instrument suffer; patients report that the tinnitus acts as something of a pitch magnet, drawing the voice or instrument to inaccurate notes. Consider also that nearly 50% of patients with tinnitus experience decreased sound tolerance manifested as discomfort or pain in the presence of sound levels tolerated well by most other people. Sound tolerance problems may compel individuals to increase their use of hearing protection or to avoid once-enjoyed environments.

“The clinician, although challenged by the patient’s reports, can advocate for exposure and participation rather than allowing the patient to settle for avoidance and overprotection.”

If tinnitus and sound intolerance are both potential (perhaps natural) by-products of predictable changes in the auditory pathway, then patients must understand the relation between ongoing exposure to sound and those changes. Avoidance and overuse of hearing protection are factors known to worsen tolerance problems, and allow easier detection of tinnitus. Conversely, consistent exposure to sounds of low-to-moderate levels, perhaps as provided by tinnitus masking devices, improves loudness tolerance and on occasion lessens tinnitus awareness [2]. When familiar music at levels that were once comfortable or perhaps slightly loud becomes difficult to tolerate, many patients err on the side of caution, assume the sound levels may be damaging, and avoid or overprotect. In the likely case that the auditory system’s plasticity will be influenced by the input attenuation caused by overprotection or avoidance, patients may find that their intolerance deepens. A strategy of controlled and gradually-increasing sound exposures is the preferred rule, and an intervention’s success relies upon the patient’s ability to recalibrate.

When a patient with tinnitus experiences hearing loss or communication problems, the clinical imperative is to manage the hearing loss prior to the tinnitus [3]. Hearing aids may not reduce tinnitus awareness, but they usually improve access to sounds in the environment. The interference tinnitus exerts upon music must be distinguished by listeners from changes in hearing. Listening to music, aided or not, fosters patients’ ability to accept novel, and perhaps inferior-sounding musical selections. The process may be difficult and frustrating, but avoiding sound and music clearly would be less likely to improve matters.

The music enthusiast with bothersome tinnitus and sound tolerance problems has, ironically, the problem and the solution immediately before them. Their tendency to avoid exposure limits auditory system stimulation, potentially worsening tinnitus and decreased sound tolerance. At the same time, the patient may not understand the putative value of desensitisation. It may be that the patient has to accept listening to music with the understanding that it will sound unnatural for the forseable future. The positive aspects of music enjoyment, once understood and taken for granted, may be difficult for the patient to (re)experience. Nevertheless, patients often benefit from developing listening strategies and exposure regimens that contribute to improvements in the sound and acceptability of music [4]. Therefore, while such patients may be profoundly affected by changes in the sound of music, they may be able to rediscover aspects of music that bring solace and comfort. The clinician, although challenged by the patient’s reports, can advocate for exposure and participation rather than allowing the patient to settle for avoidance and overprotection. The emotional and functional aspects of hearing loss and tinnitus need not eliminate for the patient positive aspects of music listening. 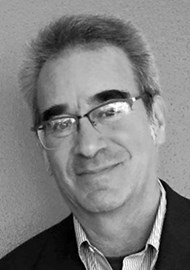