For over 40 years, cochlear implant procedures have steadily increased. Outcomes for patients are improving as a result of modified surgical techniques, a wider portfolio of electrode arrays, advances in programming strategies, access to improved technology and a better understanding of hearing physiology. Unai Martinez de Estibariz, audiologist from The Richard Ramsden Centre for Hearing Implants at the Manchester Royal Infirmary (UK), explores some of the fast growing advances and new indications for treatment in the field of electrical hearing restoration.

The first multi-channel cochlear implant procedure in the United Kingdom was performed in Manchester in 1988. At the time, this intervention was limited to individuals with total bilateral sensori-neural hearing loss. Outcomes were highly variable and often unpredictable, but clinicians were encouraged by the restoration of useful sound and speech understanding in patients who had no residual hearing before treatment.

As evidence grew over the years, and with the introduction of guidelines for cochlear implantation from the National Institute for Health and Care Excellence (NICE) in 2009 [1], the criteria for this intervention were relaxed. This allowed candidates with more residual hearing and better preoperative speech discrimination to be considered for the treatment.

Nowadays more and more implantees exceed our expectations with a growing number of them holding telephone conversations fluently as well as recognising and appreciating music. From a socio-economic point of view, adults who have had their hearing restored remain in the workforce, and implanted children are educated in mainstream schools and attain qualifications allowing them to compete in the workforce with hearing peers [2].

An important factor affecting adaptation to cochlear implants is pitch matching. The inserted array of electrodes does not map pitch in the same place that cochleae do. Different manufacturers of cochlear implants try to overcome this mismatch in different ways, including implanting longer arrays that cover a larger proportion of the cochlear duct and using different sound coding strategies. A very interesting new approach to circumvent this problem was recently proposed by researchers from Vanderbilt University (Nashville, USA).

Implantees undergo a computed tomography image postoperatively to determine the position of each electrode in the cochlea more accurately. By mapping the distance from each electrode to the cochlear modiolus, channel interaction can be reduced, deactivating electrodes to improve spatial selectivity (Figure 1). Their latest study showed promising outcomes using all cochlear implant manufacturers [3]. Combined with similar studies looking at manipulating frequency allocation tables to replicate pitch match perception, this new method may change the way we map cochlear implants in the future. 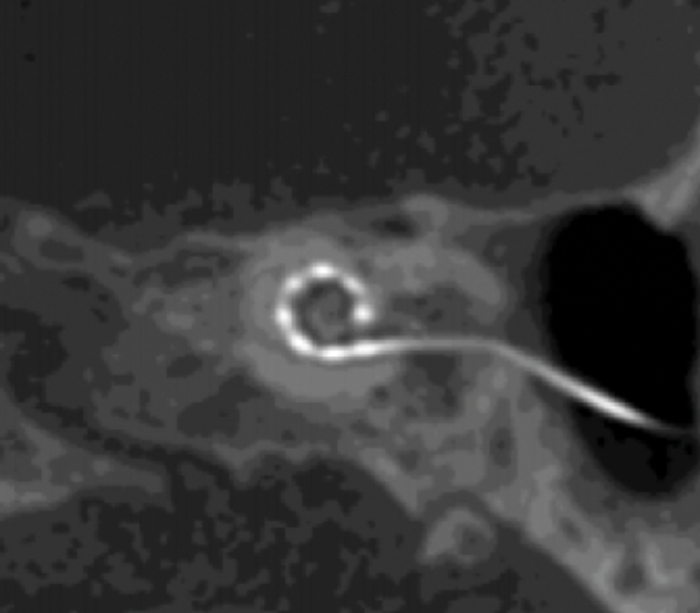 Telehealth is becoming a very useful tool in a number of fields in healthcare and cochlear implants are following this trend too. Due to geographical limitations, cochlear implant patients often have to make time-consuming journeys to their nearest implant centre, which can be inconvenient. Using today’s available technology, a few centres around the world are trialling different versions of what has come to be known as ‘remote programming’.

This involves a clinician and a recipient communicating via a private online video-conference facility. Hardware and software links their implant device to their personal computers and the clinician is able to manipulate the device online while being physically miles away. Given the current pressures in healthcare provision and the expanding caseload of implant recipients, this new mode of interaction with recipients may help triage routine from more complex cases.

Objective measurements in cochlear implants may be seeing a renaissance thanks to electrical stapedial reflex thresholds (eSRT). Research evidence showed a strong correlation between acoustical reflexes elicited electrically and most comfortable levels set psychophysically many years ago [4] but this has not been used routinely to programme cochlear implants. However, this objective measure has lately come back into favour as a routine tool for programming cochlear implants. Reasons for this change are improved surgical techniques resulting in more intact cranial nerve structures, more stable and integrated middle ear immitance systems, and a drive from audiologists to move from behavioural mapping techniques to objective measurements.

With a prevalence of 80% in both adult and paediatric populations, eSRT can be a helpful tool to have in the armoury of an implant audiologist, especially when working with patients who are unable to provide feedback about the sound stimuli or whose loudness scaling is poor (Figure 2). Nevertheless, programming cochlear implants using eSRT is still cumbersome because it requires both cochlear implant software and immitance software to run in parallel. This may be a reason why it’s not used routinely. In future this may be overcome by implant and hearing instrumentation manufacturers collaborating to develop combined integrated systems. 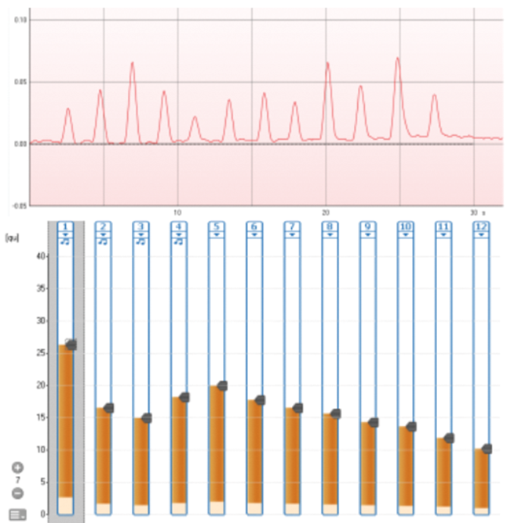 Figure 2. eSRT trace depicting a distinct deflection for all 12 channels in a MED-EL system.

Cost-efficiency is the cornerstone of public healthcare. Funding limitations in the National Health Service have resulted in a majority of the adult implanted population in the UK being unilaterally implanted. A significant number of these individuals either do not wear a hearing aid in their non-implanted ear or this is sub-optimally set [5]. Consequently users derive little or no benefit from a contralateral hearing aid. Binaural advantages derived from inter-aural differences such as redundancy, squelch and directed listening are lost when listening with one ear. By stimulating one ear electrically and the other ear acoustically, the central nervous system is able to better code localisation, speech discrimination in noise and music perception.

This type of combined stimulation is known as ‘bimodal stimulation’. Unfortunately there is a lack of guidelines and well-controlled studies between bimodal and bilateral implant aiding to support efficacy. In recent years, the main cochlear implant manufacturers have each joined efforts with different hearing aid manufacturers to develop united solutions, such as binaural processing and access to bilateral wireless assistive listening devices. This should result in evidence that will allow clinicians to advocate bimodal aiding and to develop a bimodal fitting formula, including guidelines on how to fine tune hearing aids to provide the best outcomes for patients with a unilateral cochlear implant. At present, guidelines from manufacturers are not validated and tend to be biased towards accommodating their individual key sound processing features.

The science and evidence for cochlear implantation is growing exponentially thanks to hugely successful outcomes for patients and input from multi-disciplinary professionals. In a few years’ time we may be using advanced computer systems to assist in surgeries and virtual systems to interact with recipients. Important audiological interventions like counselling and support will need redefining to be effective in a new model of service delivery.

Unai Martinez de Estibariz gained his MSc in Audiology from the University of Manchester (UK) in 2012. Previously he gained an MSc in Acoustics from Aalborg Universitet (Denmark) and a BSc in Electronics from Mondragon Unibertsitatea (Spain). He also volunteered for All Ears Cambodia in 2010, a non-profit medical aid organisation specialising in audiological care in Phnom Penh, training medical workers and setting up objective diagnostic equipment. His clinical interests include objective measurements in cochlear implants and complex hearing loss management. 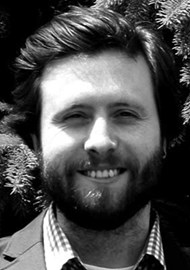