Why screen for hearing loss in adults?
By Chris Wood 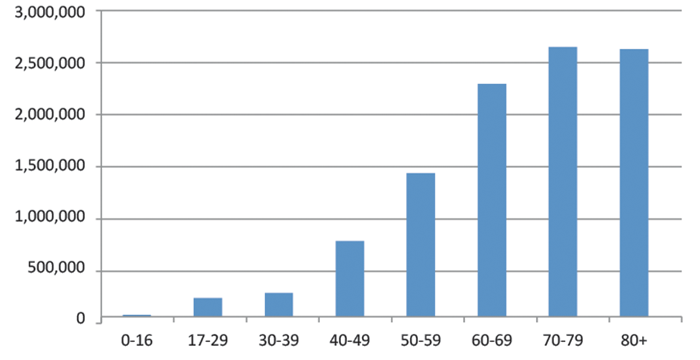 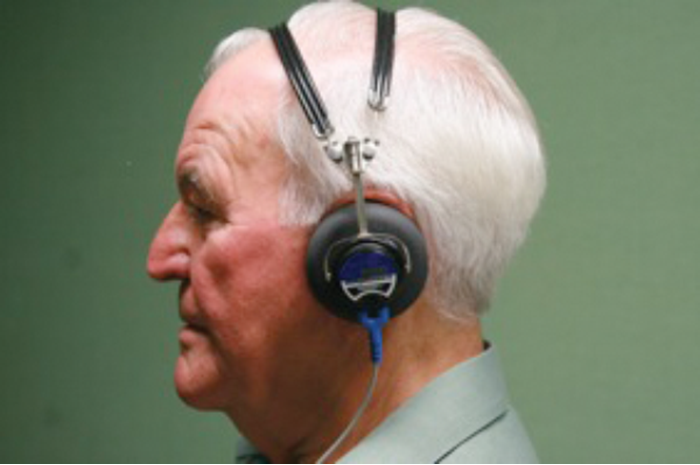 A patient having a hearing check.

There is also significant co-occurrence of hearing loss with other long-term conditions including cardiovascular disease, diabetes and sight loss, as they are all experienced widely among older people. Hearing loss can lead to problems diagnosing and managing these conditions, increasing their impact, lowering an individual’s quality of life and placing unnecessary costs on the National Health Service (NHS) [4].

Communication difficulties resulting from unaddressed hearing loss also cause problems for people seeking help and treatment for all types of health issues. For example, a recent survey from Action on Hearing Loss found that over a quarter of people with hearing loss had been unclear about their diagnosis after visiting a general practitioner (GP) [5].

Although free hearing assessments and digital hearing aids, support and training are widely available across the UK, many people delay seeking help for their hearing loss. Only one in three people who could benefit from hearing aids has accessed them. This means an estimated four million people currently have unmet needs [1]. It takes people an average of 10 years to seek help after they start noticing symptoms [6]. By that stage the hearing loss may have become worse, the individual’s ability to adapt is likely to have deteriorated and they are less likely to benefit.

This is why we are calling for the introduction of hearing screening for all throughout the UK at the age of 65. Inviting everyone to have their hearing checked could raise public awareness and remove some of the stigma around hearing loss. Earlier diagnosis would help people to start managing their hearing loss at a time when they are more able to adjust. It would improve their quality of life and ensure that they can live independently for longer, and could reduce social isolation. Screening at this age would ease the burden on the NHS by reducing the cost of care for other conditions, improve access to health services, and it could also reduce the prevalence and impact of other long-term conditions, particularly dementia. More research is needed to better understand the relationship between hearing loss and dementia, but it has been suggested that taking steps to manage hearing loss may slow cognitive decline [3]. Nonetheless, since hearing loss and dementia often occur together, encouraging more people to seek help for their hearing loss and adapt before the onset or progression of dementia would improve communication and care. A recent joint report between Action on Hearing Loss and the Deafness Cognition and Language Research Centre estimated that £28 million could be saved in delayed entry to care homes in England if hearing loss was properly diagnosed and managed in people with dementia [4].

There is little evidence on the uptake of training and support, but there is evidence that when combined with hearing aids they can reduce the negative impacts of hearing loss. For example lipreading classes are proven to improve communication and confidence – and participants benefit most if they attend soon after they develop hearing loss, rather than delaying [9].

“We are calling for the introduction of hearing screening for all throughout the UK at the age of 65.”

National screening programmes can be expensive, but one analysis from Action on Hearing Loss, which used a cost-benefit model developed in accordance with government guidance, found that significant cost savings could be gained from introducing a hearing screening programme across the UK [10]. It estimated that the costs of screening 65-year-olds and providing interventions would be £255 million over 10 years, including advertising, invitation letters, equipment, training, the screening itself, and all necessary hearing assessments, hearing aid fittings, follow-up and ongoing care that resulted from the screening. However, the benefits across this period would amount to over £2 billion, including avoided personal, employment, social and healthcare costs. This gives a benefit to cost ratio of more than 8:1. A more recent analysis published in the Journal of Public Health found that hearing screening would be a more cost-effective way of reducing unmet need for hearing aids and improving quality of life among older adults than the current system [11]. We also know that hearing screening in some form has been found to be an acceptable intervention for the vast majority of people [6].

It is not clear how a screening programme should be designed to deliver maximum benefit. A pilot would be needed to examine the most practical and cost-effective methods. We are therefore calling on governments across the UK to fund such a pilot. We hope to build on previous campaigning successes, such as the introduction of Newborn Hearing Screening in 2000, which has made a huge difference to the lives of children with hearing loss across the UK.

We supported the launch of a campaign for adult hearing screening in summer 2013 and we have been gaining support since then. The National Screening Committee met recently to consider the proposal and will be opening a consultation this year. For the latest on the campaign and how you can get involved in the consultation, visit www.hearingscreening.org.uk

Declaration of Competing Interests: Chris Wood works in the Policy and Campaigns team at charity Action on Hearing Loss, who also provide services and sell products for people with hearing loss. 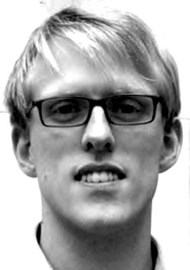