Wireless accessories for hearing aid users: putting the ‘soul’ back into hearing – a case study
By Darren Cordon

The following case study reports on the experiences of a hearing impaired National Health Service (NHS) patient who was given Bluetooth accessories as part of a study into their benefits when used with hearing aids [1]. The name of the patient has been changed for confidentiality purposes but her experiences are presented verbatim.

Melissa (not her real name) is a 50 year old with a severe to profound sensorineural hearing loss in both ears. She is a longstanding bilateral hearing aid user and excellent lipreader.

Previously she was provided with an FM system through “Access to Work” which she found was helpful until it didn’t appear to be working as well as it used to. She reports trouble with ‘rubbing sounds’ on the microphone when she attaches it to her clothing or vibration on a table when she uses it in meetings. In addition she has had to plug receivers into her aids which increase the size of them. There appears to be no support for Melissa to solve this, either through the NHS or Access to Work and she is reluctant to send it back to the company from whom she bought it, because of the postage cost.

She has bought a mobile telephone designed and recommended for the hearing impaired. She is not impressed with it, and mostly uses SMS to communicate. Melissa says “it cost over £100 and doesn’t even have a camera. It’s aimed at the elderly, not the deaf.”

Melissa watches TV using subtitles, but struggles to follow anything live (e.g. ‘I’m a celebrity, get me out of here’) because the subtitles lag significantly behind the speech. 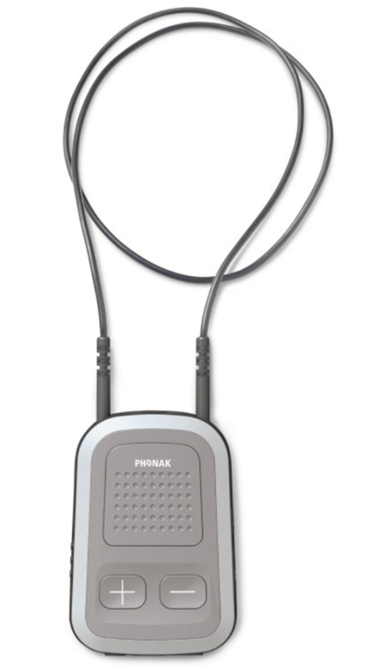 As part of an accessories trial, she was given a Bluetooth streaming device (Figure 1), a TV adaptor, remote control and later a remote microphone (Figure 2). The streaming device enabled the connection of other Bluetooth devices (such as her mobile phone and a MP3 player) to be played directly into her hearing aids.

Pairing her mobile phone to the streamer was a rather unsatisfactory process as the signal from the phone appeared to be unstable. However, Melissa did have a conversation over her mobile phone once it was connected, and that evening, she did manage to watch the TV without the subtitles on.

Over the months that Melissa has used the Bluetooth devices, she has been impressed in how they have impacted her life, in many ways people with better hearing take for granted. In the following section we look at those situations and highlight the impact the equipment has had.

The technology (particularly the remote microphone) has made Melissa much more aware of her surroundings and more assured when engaging in conversation. This device has given her the confidence to join in group conversations which has in turn reduced her feelings of isolation. In social interactions the equipment has helped break down barriers to communication and personal interaction as Melissa has learnt to not be afraid “to clip the mic on” the person she wishes to listen to. Conversation in group situations can still be challenging but when used one-to-one in background noise Melissa has found the remote microphone very beneficial.

Melissa is a keen countryside walker and she previously found listening to the softly spoken walking ‘leader’, “impossible”. By attaching the Bluetooth remote microphone to the leader she is now able to hear his words and comments while walking along in the group, which has in turn enriched her walking experiences.

Day-to-day when she has gone out walking she can now listen to her MP3 tracks on her mobile phone, which has enhanced a previously mundane activity. Phone calls however can still be a problem particularly when the caller talks too quickly.

Often with live television broadcasts, the quality and flow of subtitles is very poor. With the Bluetooth technology Melissa has been able to follow the TV without the use of subtitles and hear emotion and accent in voices. The technology has additionally allowed Melissa to reduce the volume of the TV “substantially” so that her family can now enjoy it with her at a comfortable level.

Melissa is a big fan of Northern Soul and she describes how the equipment has enabled her to “love music again”. Music sounds different to her through the Bluetooth device. Now a lot clearer, she is able to hear and understand lyrics she previously made up or misheard.

Melissa likens the sound quality of her experiences with the devices to tasting food. The Bluetooth equipment has enabled her to experience a “richer, more textured” enjoyment of life.

The wireless technology that Melissa uses is just one example of the many systems available to hearing aid users. Recently, advances have been made in connecting hearing aids directly to devices without the need for a separate streamer device and additionally users are being empowered, through bespoke apps, to adjust their own hearing aid’s sound features and therefore quality.

These types of accessories, with the right support in place for people to use them, could make a big difference to the lives of hearing impaired people and their families. In Melissa’s case they have enabled her to access her love of music and given her the confidence to break down common communication barriers to hearing impaired individuals in social settings.

As Audiologists working in the NHS, it is our job to ensure that hearing impaired patients maximise their potential hearing ability and quality of life. In order to achieve this, isn’t it time to look beyond hearing aids and explore what wireless technology can do for our patients? 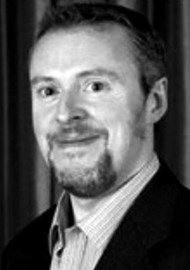