The UK Registry of Endocrine and Thyroid Surgery is now yielding the rewards of meticulous data collection and years of hard work. David Scott-Coombes discusses the advantages and the unintended consequences of their success.

The British Association of Endocrine and Thyroid Surgeons (BAETS) has a long history of commitment to audit of outcomes for thyroid surgery. As far back as 1996, the BAETS audited 1000 operations and discovered that the rates of hypocalcaemia following total thyroidectomy were far higher than those reported in the literature and that there was a wide variation in the way that patients with medullary thyroid cancer were managed. These outcomes spawned the development of what has now become the UK Registry of Endocrine and Thyroid Surgery (UKRETS).

To date (end of 2016) UKRETS have accumulated over 70,000 operations. The principle advantages of a national registry are the ability of surgeons to compare their outcomes with others and that those outcomes are a reflection of ‘real-life’ practice as opposed to the best outcomes in peer-reviewed papers. Inevitably, outcomes in a registry are worse than published reports as the cohort is unselected. Interestingly, the outcomes of UKRETS are almost identical to those reported by the Scandinavian Quality Registry in Thyroid and Parathyroid Surgery.

“The outcomes of UKRETS are almost identical to those reported by the Scandinavian Quality Registry in Thyroid and Parathyroid Surgery.”

It is a condition of membership of BAETS that the surgeon enters data into UKRETS and we have accumulated 18,000 cancer operations. Such a large number provides the foundation to understand the challenges and successes of the management of patients with thyroid cancer at a national level: for example, it provides us with information about preoperative thyroid cytopathology. A definitive (Thy5) diagnosis was obtained in 38% of papillary thyroid cancer (PTC) and 65% of medullary thyroid cancer (MTC). This may be a reflection, of access to expertise in cytopathology, which is likely to be greater in expert centres where cases of MTC are concentrated. Rates for thyroid cancer diagnosis in various categories were 98%:Thy5, 74%:Thy4 and 26%:Thy3. For Thy1: the rate of malignancy (8%) was double that for Thy2. Over time there has been a significant increase in the proportion of cancer cases that were discussed preoperatively at a multidisciplinary team (MDT) meeting (52% in 2012 vs. 63% in 2016).

This is probably a reflection of the development of protocols and the way cancer services are delivered across the National Health Service (NHS). With regards to the surgical treatment of PTC, the rates of total thyroidectomy at the first operation are similar to the rates of Thy5 diagnoses for each stage (25%:T1; 29%:T2 and 73%:T4). The conclusion is that there is a need to improve preoperative fine needle aspiration biopsy diagnostic rates. Of those with a Thy5 cytology result - 90% underwent a first-time total thyroidectomy.

“Despite a recommendation that all patients undergoing thyroid surgery should have a preoperative vocal cord check, the variation in practice ranges between 0 and 100%!”

Sixty percent of PTC is stage I. With regards to nodal dissection, 37% of patients with PTC undergo some form of nodal dissection at the first operation. Central node dissection (level VI) increases the rate of immediate postoperative hypocalcaemia following total thyroidectomy for thyroid cancer (25% vs. 35%).

Despite a recommendation that all patients undergoing thyroid surgery should have a preoperative vocal cord check, the variation in practice ranges between 0 and 100%! The data clearly demonstrates that the recorded recurrent laryngeal nerve palsy rate is proportional to the rate of flexible laryngoscopy. The overall palsy rate is currently 1% and this is likely to be a significant under-reporting.

Since 2014, members of BAETS have had some aspects of their outcomes published on an NHS website that is available for the public to read (NHS Choice) and which BAETS also puts in the public area of its website (www.baets.org.uk). This is part of the NHS Consultant Outcome Publication initiative promoted by the Medical Director of NHS England, Sir Bruce Keogh. In the first wave, 10 surgical specialties published their outcomes. BAETS has, so far, only reported thyroid data including volume of operations, data completeness, postoperative length of stay, re-admission rate, re-exploration for bleeding, late hypocalcaemia, vocal cord assessment and mortality.

It is death rate that was a source of most anxiety for some other specialities (e.g. vascular, cardiothoracic), but mortality is very low for thyroid surgery (0.08% of >21 000 first time thyroid operations). In fact, Sir Bruce (himself a cardiac surgeon) selected thyroid surgery specifically to allow BAETS to publish performance indicators of quality other than mortality. Over time, the requirement of surgeons to publish data detailing all their practice is likely to be mandated by NHS England. The positive outcomes for our members include a demonstration of openness and transparency, and an increase in BAETS membership (with the added benefits of attending educational / scientific meetings) as well as a significant increase in the number of cases that are entered into the UKRETS database.

“Sir Bruce (himself a cardiac surgeon) selected thyroid surgery specifically to allow BAETS to publish performance indicators of quality other than mortality.”

Currently, 500 operations are being registered every month. The principal disadvantage is that some organisations (e.g. health insurance companies) have [ab]used this data to censor some surgeons. This has resulted in BAETS adjusting the way some data are reported in order to maintain control of its own governance.

BAETS continues to put out the message that it believes it is the duty of every surgeon to know their outcomes and how they compare with peers. UKRETS has grown in popularity and size. The outcomes highlight some areas where improvement needs to be focused. As with all registries, its value is dependent upon good data entry in terms of accuracy and completeness. BAETS currently captures about half of all thyroid operations in the UK (it is not compulsory to be a member of BAETS to undertake thyroid surgery). This proportion will only approach 100% if mandated by the NHS, and BAETS is working with other agencies to achieve this goal. In the meantime we continue to collect, publish and discuss the data at our scientific meetings. 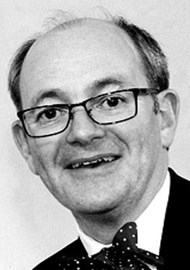