My experience of addiction
Dr A

In this incredibly honest and thought-provoking article, we hear from an anonymous doctor who has struggled with addiction.

The nature of addiction is a subject of interest to a broad range of scientific disciplines, from medicine to psychology, psychotherapy and the many fields of study within the social sciences. Addiction is an important topic in studies of the judiciary and the law, criminology, economics, politics and theology; basically any academic field concerned with human behaviour, wellbeing, health, spirituality and human relations. Yet, as far as I am aware, there is no single unifying aetiological theory of addiction, no singularly accepted validated treatment, and it seems there is considerable debate about most aspects of the nature of addiction.

Most experts in addiction studies seem to favour the concept of bio-psycho-social model in terms of aetiological factors and developing non-reductionist theories on how addiction develops within a specific person. That is to say, a combination of biological, psychological and sociological factors that, when combined in an individual, increase the likelihood of developing an addictive disorder [1]. By this premise, addiction is complex and particular to an individual, albeit with identifiable patterns and parallels between individuals. Whilst I don’t claim expertise in addiction medicine, I am able to share some of my experiences as a doctor and also an addict and an alcoholic. 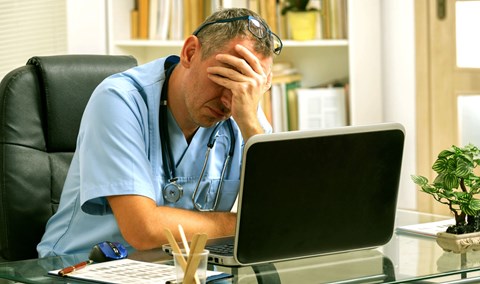 I didn’t grow up in an alcoholic home. My parents drank occasionally at social occasions and I’m hard-pressed to recall ever seeing them anything beyond mildly tipsy. My academic performance at school was exemplary and, superficially at least, I was a sociable, reasonably popular child.

“My academic performance was well above average in my year group and, in terms of alcohol and substance use, there were many similar examples in my peer group”

At university, I would say I was someone who had a reputation for enjoying a party. I enjoyed socialising and a lot of that seemed to centre around drinking and some recreational drug taking. However, it wasn’t something I really questioned at the time. My academic performance was well above average in my year group and, in terms of alcohol and substance use, there were many similar examples in my peer group.

As a junior doctor, I would say there was a period of adjustment to working longer hours and adapting to the new responsibilities the job provided, but all the feedback I received from my seniors suggested I was managing well. As I recall, it wasn’t seen as particularly dangerous to let off some of the steam these factors generated with the often-heavy social consumption of alcohol in the company of one’s colleagues.

The progression of time was accompanied by a progression in my drinking. It wasn’t just the amount that I was drinking but in the way I was using alcohol. Drinking had ceased to be something I regarded as a social activity; it became a necessary way of trying to manage any emotions I found difficult. Of course, I had constructed a lot of rationalisation around it: my job was stressful, I was working long hours, everyone else did it, and so on, but I couldn’t escape the gnawing knowledge that there was something very wrong with it all.

I had consulted my GP about depression, which I undoubtedly suffered from but, had he known everything about my situation, I’m sure he would have explained that my mood and the amount of alcohol I was drinking were inextricably linked. As the depression got worse, I resorted more to self-medication. I had been quite legitimately prescribed moderately strong opiates following an injury but quickly started to become dependent on them as well as alcohol. In a few years I was addicted to ‘street’ opiates and had become physically dependent on alcohol.

“Drinking had ceased to be something I regarded as a social activity; it became a necessary way of trying to manage any emotions I found difficult”

If you asked me a few years ago, I would have said that addiction became a problem for me at some point well into my 30s. Now, I’m much more candid about how I would define problematic. Was it when I was regularly drinking more than the recommended 14 units of alcohol per week [2]? Was it when I was regularly hungover to the point of struggling to manage my responsibilities and, if I’m really honest about it, possibly over the legal breath alcohol limit on the drive in or during the first few hours of work? Perhaps it was when I just didn’t feel like the father or partner I wanted to be? I now understand these were really just markers of a much more serious underlying problem, which was that my relationship to alcohol and addictive substances had been abnormal for many years. I had never learnt how to manage difficult emotions and I had a lot of unprocessed childhood trauma I didn’t want to explore.

I had to concede that I was now differently wired when it came to consuming alcohol or other addictive substances and that I wouldn’t be able to drink moderately again. I’d even need to very careful about legitimately prescribed medication. This may seem both obvious and simple but when the only emotional coping strategy I’d ever learned was precisely that, it wasn’t something I found easy. I believe recovery is a personal journey and very much an individual process but eventually I found the right professionals to help me through it. Psychotherapy, physical exercise and support from mutual aid fellowships have all been important components of my recovery but my experience was that I needed to find my own path.

For doctors, there are specific resources such as the Sick Doctors Trust and the B.D.D.G. providing confidential advice. I think the most important thing I can share is the importance of addressing the problem and getting help. I spent many years worrying about my addiction without really sharing my concerns and magically thinking it would just disappear. Actually, the things that worried me weren’t so bad. Almost without exception, my colleagues were supportive and I’d say my treatment by the GMC was fair. Despite some very challenging times in the last few years, I can honestly say I’m far happier and content with life now than I was previously.

1. George L Engel. The biopsychosocial model and the education of health professionals. Annals of the New York Academy of Sciences 1978;310(1);169-81.
2. How to keep health risks from drinking alcohol to a low level. Government response to the public consultation. Department of Health – Alcohol Policy Team.
www.gov.uk/government/consultations/
health-risks-from-alcohol-new-guidelines
Last accessed March 2022.