The Swedish concept of ‘fika’ is a state of mind and can help to promote wellbeing in teams. But what is it, and how can it help?

It is an interesting thought that being well is not the same as wellbeing. In the last two years with a pandemic raging all around the world, a lot of people obviously have not been feeling well; not only those who were physically ill with the virus but also a lot of people not directly affected by the pandemic who have experienced a loss of wellbeing.

However, contrary to expectations, some of us have experienced a surprisingly heightened sense of wellbeing in the middle of a more or less chaotic situation working in the hospitals.

How could that be? Is it just that we need a ‘kick’ and that life is too dull when we just go about our daily chores? Or is it the feeling of wellbeing from working with our colleagues and friends and achieving something, that has been extra strong?

In Sweden, it is known that working in a hospital is not what you should do if you want to earn a lot of money or have an easy life. Most doctors in Sweden work in public hospitals or public outpatient care. Although we cannot claim to be underpaid, we do earn less than colleagues in other European countries. We tend to work impossible hours both weekends, during Christmas and – worse in Sweden – during midsummer, and we always collect our kids last from day care. Strangely enough, a lot of these children go on to study medicine although they ought to know better. And they don’t go into med school just because their parents can afford to pay for their education, since all university education in Sweden is for free! 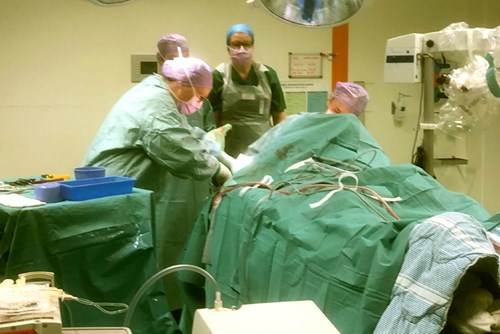 However, it has also been shown that we love our work and that working in a hospital as a doctor is one of the most satisfying things you can do in Sweden. How is this? In an often-cited speech, the Vice-chancellor of Lund University many years ago misquoted the bible (Psalm 90) to the students at his yearly speech on 1 May. He told them that “when life has been at its best it has been hard work and sacrifice. Luckily it has not always been at its best”. But few things beat the feeling at check-out after a day well spent in the operating room!

“Few things beat the feeling at check-out after a day well spent in the operating room!”

So, what you need to accompany all this hard work and sacrifice are things that make life better and the sacrifices less strenuous. You need things that will not only promote your being well but also give you a feeling of wellbeing. Obviously, we in Sweden have some of them!

When I was asked to write about wellbeing from our perspective, I tried to list things that promoted it. One of the first things that comes to mind is the importance of having a good team. Working together with people you know and trust definitively makes life more enjoyable and, if you also actually like them, it promotes wellbeing.

One thing that sometimes is not fully understood is the need to have someone to talk to about work. A carpenter can tell friends and family about mishaps in building and dangerous or funny situations during the day, while a surgeon generally can’t. Even if you try to hide the identity of your patients, a lot of the things you would like to share can be difficult to grasp for other people. So, this is where the team is so important: having someone to share both the successes and the losses of your working day with.

We have discussed what makes this possible and we then realised that we have some secret weapons. One is of course having a ‘fika’ together regularly. Fika is sitting down having coffee and something to eat. A cinnamon bun works all year round. At Christmas, a saffron bun or a few ginger cookies are needed and, at this time of the year, you could at least once a week have a semla (Figure 2). 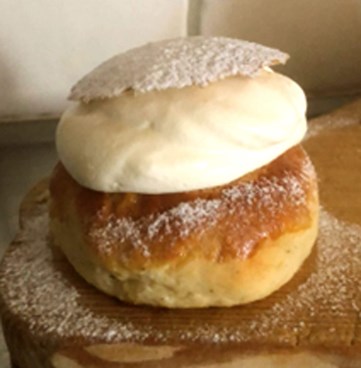 Figure 2. A semla is a sweet roll enjoyed during fika.

Having only a cup of coffee or tea is also possible but always feels like a poor solution. During the fika, you need to have a lively discussion about things that feel important. This is what makes it possible to discuss even your failures and sorrows; because you are also allowed to discuss your cat, your children, your latest session at gym or yoga, or you not having sessions at the gym or yoga, and so on.

After work and parties are another thing which strongly promote wellbeing. However, they are more infrequent and less inclusive since some will have problems attending, while all can have a fika. But a good after work or a party is not to be forgotten.

“During the fika, you need to have a lively discussion about things that feel important”

Writing a silly song and singing it together or playing some sort of game (even if it is a work-related quiz) either during a party or when having a weekly meeting also will brighten your day, especially if it comes after a rainy week with a lot of work. Recently some of our younger doctors decided to try playing shuffleboard which worked well. The ‘Rapid Rhino Boys’ were most successful, and we all followed the battle on our WhatsApp group, even if we could not join in the pub. One very important pub meeting is, by the way, the celebration of Saint Blaise on 3 February. He was a physician and is the patron saint of wool combers and throat disease. He is said to have been martyred by being beaten, attacked with iron combs, and beheaded which certainly makes life as an ENT today seem less dangerous.

Sometimes we are told that it is not good for us to have such nice surroundings at work. ‘The Union’ feel we put up with too much and do not complain about bad working conditions so, of course, I should declare that good working conditions are the base of wellbeing at work. But a little bit of fun is needed too! And of course, being Swedes, we all claim that you also need to go out into nature and observe the beauty around us…. 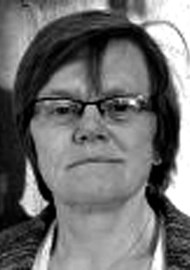