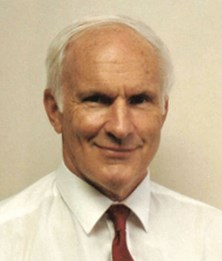 Alan Gibb, who passed away on 5 September aged 101, was the Grand Old Man of British Otology. He slipped quietly away at home on Deeside from the long-term consequences of a stroke about two years ago, from which he had initially made a partial recovery.

He was a Consultant at Dundee Royal Infirmary and then at Ninewells Hospital, Dundee, from 1950 until he retired in 1984. He built up and headed a department of outstanding clinical excellence and an internationally recognised teaching centre. He was also a man of utter integrity and humility and a selfless professional.

He was born in Aberdeen to a medical family. Both his parents were GPs; his mother the first female GP in Aberdeen. As a child, his adenoids were removed by his father with his mother administering the anaesthetic. Alan was the youngest sibling. His two elder sisters, Margaret and Muriel, were both centenarians: Muriel was an Otolaryngologist in Ayr and lived to 105, and Margaret a GP who lived to 101. After Aberdeen Grammar School and MBChB at Aberdeen University, Alan was first exposed to ENT at Aberdeen Royal Infirmary. He did National Service with the RAMC as a Specialist Otologist, spending a year in West Africa and achieving the rank of Major. 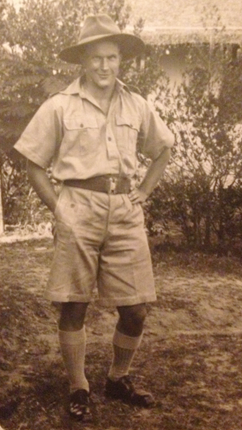 On return to Britain, he qualified FRCS from the Edinburgh College. Training posts followed in Aberdeen and Carlisle before his appointment as Consultant to Dundee Royal Infirmary (later Ninewells Hospital), Maryfield Hospital Dundee, Bridge of Earn Hospital and Perth Royal Infirmary. He was appointed Senior Lecturer at St Andrews University.

As well as being an excellent middle ear surgeon, he was an inspiring teacher and introduced many juniors to the mysteries and challenges of otology about which he had abiding passion. His particular interests were in tympanosclerosis and the use of dentine for ossicular reconstruction, about both of which he lectured and published. He travelled widely to foreign centres of excellence, both in Europe and America, where he formed a close friendship with Jack Hough in Oklahoma whom he described as “probably my biggest hero and influence”. His thoughts and otological practice were also shaped by friendship of the Houses, Harold Schuknecht and John Shea. 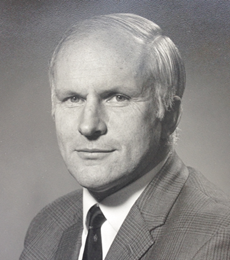 He was a persuasive administrator and committee member. His unaffected good sense was a great asset in his planning of the ENT Department at the new Ninewells Hospital in Dundee and the transfer of academic status from St Andrews to Dundee University.

After retiring from the NHS in 1984, his passion for teaching took him as Visiting Professor to Malaysia, Hong Kong and Singapore where he spent an overall total of 12 years. He introduced OSCEs to Singapore and advised the Australian College on the subject. If there was a shortage of patients, he would offer his own iatrogenic septal perforation as clinical material. He endowed the Alan Gibb Prize in ENT Surgery for undergraduates in Hong Kong. 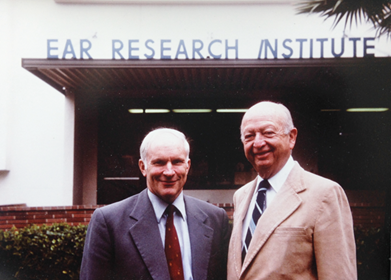 Alan had many interests outside ENT. He loved his friends and was in turn a very faithful friend himself. He was a founder member of the ORL travel club with which he travelled extensively. He was a golfer of some distinction (having played off 3 in his youth) and achieved considerable fame when he celebrated his 90th birthday by playing 90 holes of golf round the Balmoral course. He walked the course, no balls were lost, all holes were completed and the average time for each round was two hours. He contributed to the glossy golf magazines well into his 90s. He continued to ski up to the age of 95, on one occasion despite a fractured humerus. He was a skillful fly fisher and during his life caught over 50 salmon. 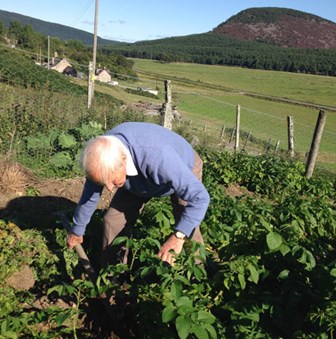 He enjoyed a ceilidh and a Burns night and was a well-known presence at such gatherings in the east of Scotland. He had a fine singing voice which he practised in church as well as in more vernacular environments where his party piece was The Toorie on his Bonnet. He was particularly pleased when the late Jimmy Shand dedicated Alan Gibb FRCS Kirkton of Balmerino to him. He served as an elder in Crathie Kirk for 10 years. 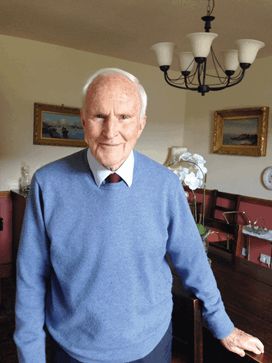 He had the good fortune to meet and marry Betty who supported him devotedly during his final months. Their son, Andrew, and his wife, Nila, live in Sussex with Alan’s and Betty’s three granddaughters, Ashley, Sheona and Chloe. His daughter, Susan, a Speech Therapist, lives in New South Wales with husband, Mark, and children, Daisy and Rhuri.

On a personal level I should like to pay tribute to one of my heroes, who directed me towards otology, but more than that, illustrated the qualities of humility and intellectual honesty to which we should all aspire. He handled staff and patients with the greatest respect and never resorted to sarcasm. Some time ago when Alan asked me if I would write his obituary, I asked him how he would like to be remembered. After some thought he said that he would like to think that anyone, regardless of position, who worked with him would have no fear of approaching him with a problem. He wanted to be ‘accessible’ and never lost the common touch. 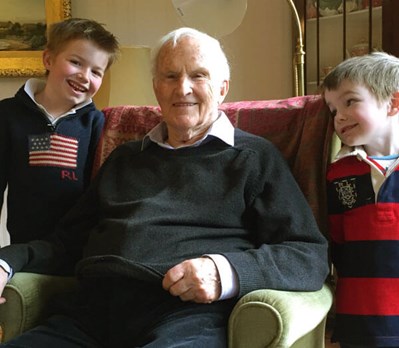 In a 2015 interview, Alan Gibb shared his memories of a life devoted to ENT and medicine with Emma Stapleton. You can read this here.

In 2017, Alan wrote a touching tribute to his friend and colleague, Dr Bob Yorston, a Dundee otolaryngologist, who had a special talent for humour and art. You can read this here.