In this special feature article, Alan Gibb writes a touching tribute to his friend and colleague Dr Bob Yorston, a Dundee otolaryngologist, who had a special talent for humour and art. In addition to illustrating the eighth, ninth and tenth editions of Logan Turner’s Diseases of the Nose, Throat and Ear, Dr Yorston combined his artistic talent with his great sense of humour, producing some unique illustrations and exceptionally fond memories. 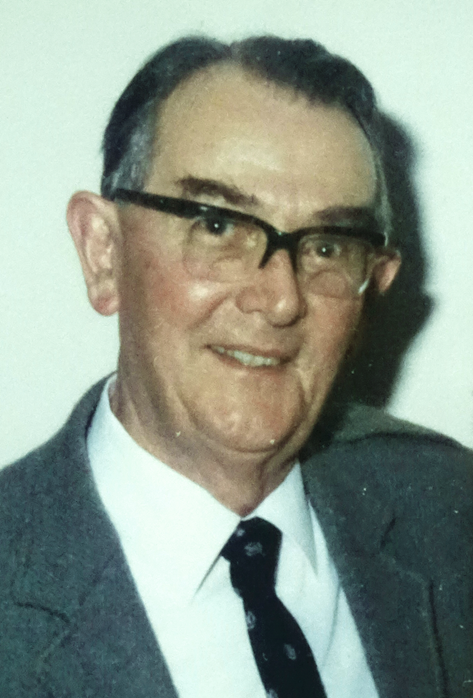 The death of Bob Yorston on 1 October 2016 will bring sadness to many readers, especially those in his native Scotland. From the 1950s until his retiral in 1985, he was a stalwart in the ENT department of Dundee Royal Infirmary, later transferred to Ninewells Hospital. Bob was a proud highlander, his mother being a McLeod and a native of Harris in the Outer Hebrides, while his father’s ancestors were MacDonalds from the mainland.

As a child, Bob lived a nomadic life in Africa, moving from place to place along the Kenya - Uganda railway where his father worked as a civil engineer. He grew up listening to the tribal dialect of the native children as they worked in the coffee plantations, and by the age of five years he was already fluent in three languages: English, Swahili and his native Gaelic. He moved back to Harris in 1928 where he received his early education, during which he decided on his two main ambitions in life - to study medicine and to pilot aeroplanes - which, by a strange twist in fortune, he later achieved.

After leaving school, he embarked on a medical career at St Andrews University but his studies were interrupted by the outbreak of the Second World War. In 1940, he joined the RAF and, rising to the rank of Flight Lieutenant, he served throughout the remainder of the war as a pilot in coastal command, covering the shores around Great Britain and Iceland.

“Dr Yorston’s unique contribution to the work of the department was his supreme skill as an artist. Give him an idea and a brief description of what was required and Bob would seldom fail to exceed one’s expectations with the end result.”

Bob was a model pilot, always following instructions to the letter and he was like a father to his crew, treating them with great care and devotion. The entire crew survived the war, although on one occasion they had to ditch in the North Sea. They evacuated the plane in record time, far faster than the accepted evacuation time. Bob and the crew, who were mainly Australians, remained firm friends for life and arranged regular reunions despite their geographical separation. A few years ago Bob considered it a great privilege to be selected with other war veterans to unveil a memorial for 269 Squadron RAF in Iceland. Bob remained so attached in spirit to the RAF that he continued to wear his service greatcoat to his civilian duties well into the 1950s! 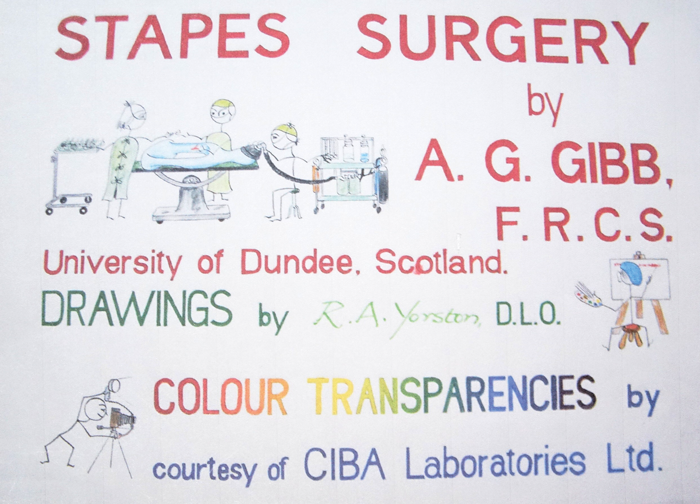 Bob, like many others, found it quite difficult to adjust to civilian life and the grind of medical studies after the excitement of the war but he successfully completed his medical degree at St Andrews. After working as a house surgeon in Bath, where he met his future wife, Sheila, who was a staff nurse in St Martin’s hospital, he returned to Scotland in 1954, settling in the Carse of Gowrie near Dundee. Having decided on ENT as a career, he was successful in passing the Diploma in Laryngology and Otology (DLO) in London. He was appointed to the ENT department in Dundee Royal Infirmary, which was later transferred to Ninewells Hospital.

His work also covered numerous peripheral hospitals in Angus, North Fife, Perth and Perthshire. In the course of time, he was promoted to SHMO and finally to the position of assistant specialist. This grade suited Bob and his colleagues admirably as Bob was happy to shoulder a substantial share of the routine ENT work which he carried out conscientiously. In his clinics he had a wonderful manner with all his patients whom he regaled with an unending flow of jokes and stories. He loved dealing with children, with whom he engaged at their level to form a special bond.

During his long career in the department, Bob must have carried out several thousand tonsillectomies. During his early career, the first hour of every operating session comprised 8-10 tonsillectomies in children, performed by the guillotine method, which was in current use in many hospitals at that time. 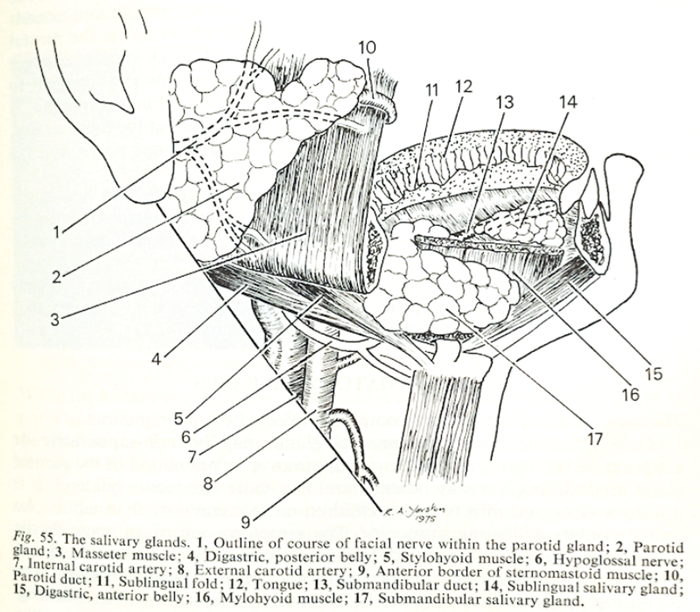 Illustration from Logan Turner’s Diseases of the Nose, Throat and Ear - 8th Edition.

On one occasion following the British Academic Conference in Edinburgh, an overseas delegate, who obviously had never seen the guillotine technique, was invited by a senior consultant to come and watch his latest tympanoplasty techniques, of which he was rather proud. The visitor was duly shown into the theatre suite where an ear operation was proceeding in one theatre, while, in the adjacent room, Bob was carrying out the guillotine tonsillectomies. When the visiting specialist retired to the coffee room for a break, he was asked his impressions of the surgery. “Oh”, he said, “the ear work by the consultant… it was OK, but who is that utter genius taking out the tonsils? Is his name Yorston!“

By confining his clinical skills to the routine work, Bob was free to harness his wide range of talents in other directions. He taught thousands of medical students in his own inimitable fashion, embellishing his tutorials with a fund of stories. He was hugely popular and for years afterwards in my own travels to remote overseas countries, it was not uncommon to meet an old St Andrews or Dundee graduate who never failed to ask, “How is Yorston?” 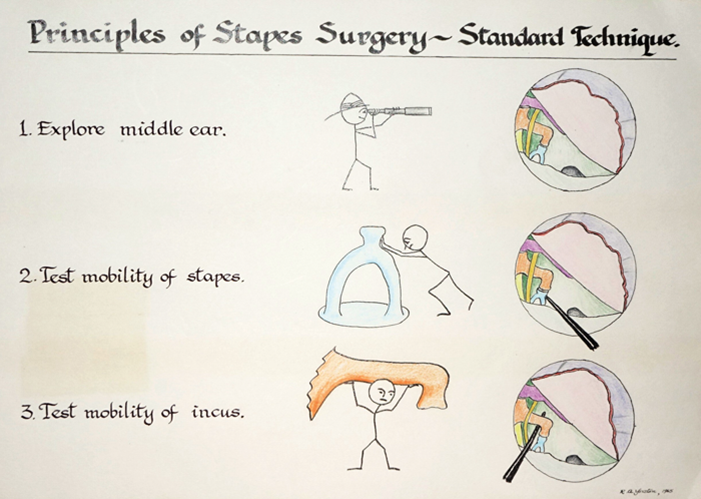 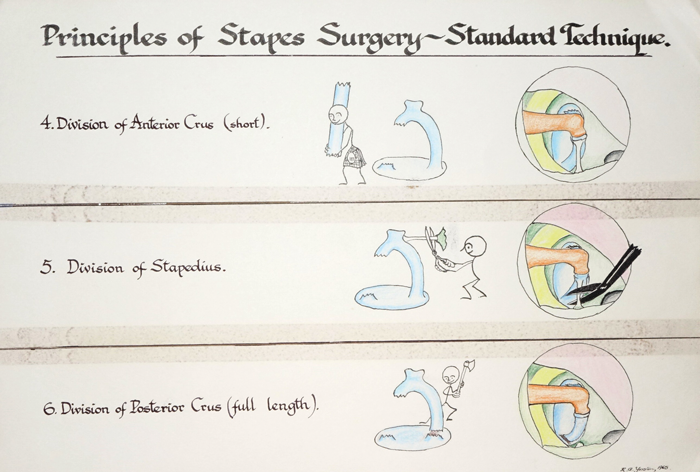 Dr Yorston’s unique contribution to the work of the department was his supreme skill as an artist. Give him an idea and a brief description of what was required and Bob would seldom fail to exceed one’s expectations with the end result. His beautiful drawings, diagrams and artistic writing which adorned most of the lecture slides added a significant dimension to many a lecture or publication from the department. He was especially good at adding humour to his illustrations, often by introducing stick men. Bob’s artistic talents came to be recognised further afield and he was commissioned to carry out the illustrations in the eight, ninth and tenth editions of Logan Turner’s Diseases of the Nose, Throat and Ear which, for many years, was the standard textbook used in preparation for the Edinburgh Fellowship examination.

Perhaps the highlight of his artwork in the Dundee department was his splendid contribution of background pictures to the exhibit ‘Stapes Surgery’, which was awarded the Lawrence Abel Cup at the British Medical Association summer meeting in 1969. 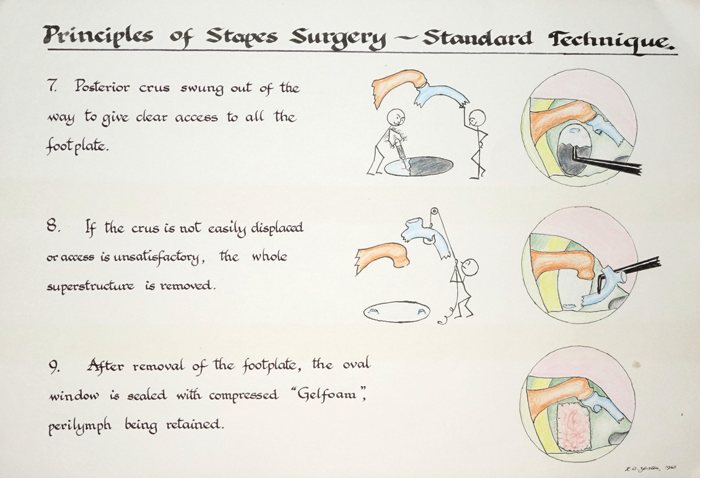 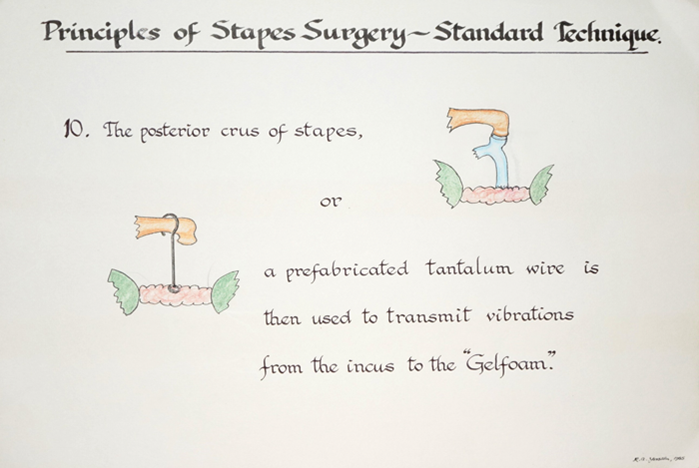 Bob also took a great interest in photography and helped in producing high-quality still pictures via the Zeiss microscope in the early days of microscopic ear surgery, when still and video cameras were very cumbersome and difficult to use; indeed they were so inconvenient that many surgeons did not bother with photography.

Bob was a real character and a wonderful colleague, popular with every grade of staff from junior nurse to senior consultant. He was invariably polite and tactful and had no enemies. Like many Hebrideans, he had a beautiful voice and competed in the solo section of the annual Gaelic Mod. I am informed that his singing talent was not confined to highland gatherings but also graced the operating theatre where he frequently regaled the nursing staff with Gaelic songs.

“Bob was a real character and a wonderful colleague, popular with every grade of staff from junior nurse to senior consultant.” 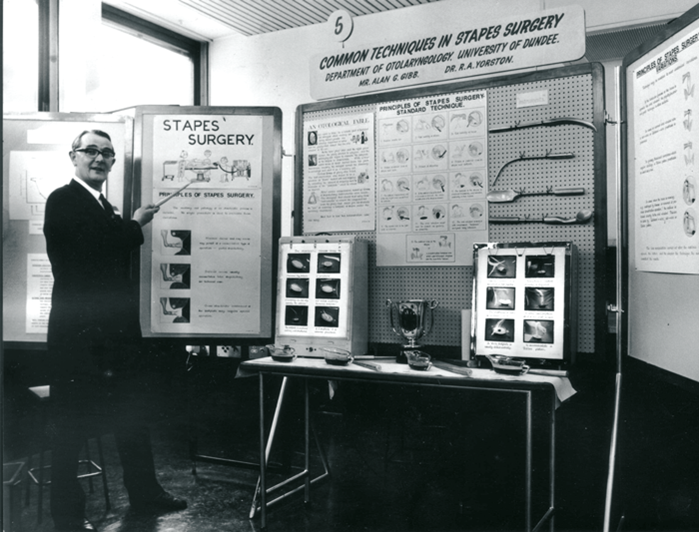 Demonstrating the exhibit, presented by Bob and the author, which won the BMA Lawrence Abel Cup.

Away from the hospital, in true Highland tradition, Bob was a warm and sociable man who spoke to anyone and everyone about anything. Casual acquaintances could be made to feel as though they were lifelong friends and, in many instances, became so. His home was a happy one and a warm welcome was always assured. He was totally devoted and loyal to his wife and, after his retiral, he took over many of the household duties. He was very proud of his family, which consisted of two sons and a daughter and their grandchildren. He had a special concern for his daughter who suffered from severe rubella deafness: with devoted home care and rehabilitation she was able to enjoy a full life. 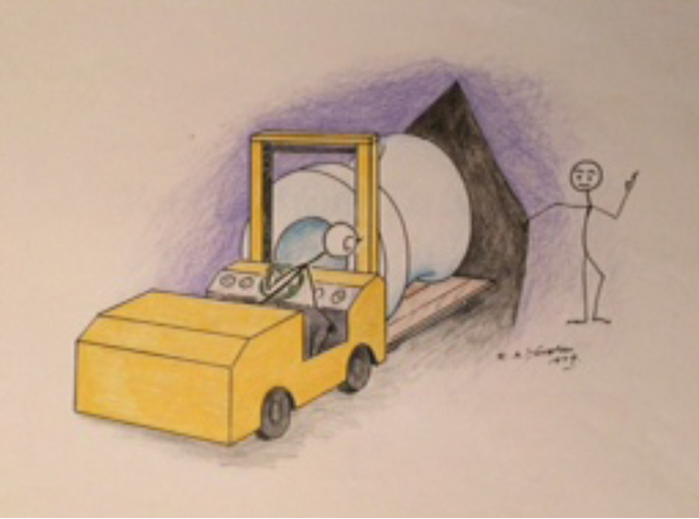 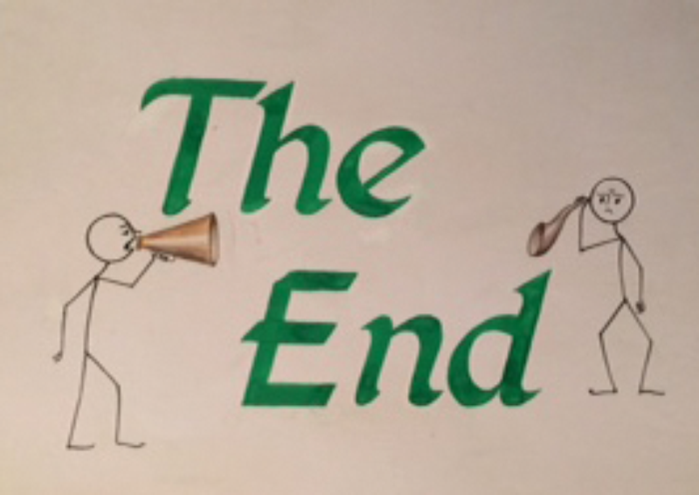 Bob had wide interests with a love of literature, especially poetry. He was skilful with his hands and loved doing joinery and other DIY jobs. Rather than going to a store for presents for his children on festive occasions, he lovingly spent many hours making toys with his own hands. He frequently quoted his rule of thumb when constructing from packaged parts which would not fit together: “if all else fails, consult the instruction manual!” During the Christmas season, he made beautifully mounted calendars for all his friends using photographs he had taken in the Scottish Highlands which he mounted and embellished with his decorative writing.

Bob’s death occurred suddenly when, true to form, he was assisting his disabled wife. He is no longer with us and his endless prattle is finally muted, but, as his son so aptly remarked, we can rest assured that there will be no embarrassing silences in heaven, only tales and jokes aplenty.

Alan Gibb is the Past President of the Section of Otology RSM, British Association of Otolaryngologists and Scottish Otolaryngological Society. His ENT career commenced in 1942 during WW2 when guillotine tonsillectomy, hammer and gouge mastoid surgery, and antral punctures were in vogue. With the birth of microsurgery his main interest moved to otology, especially stapedectomy, and tympanoplasty, with computer analysis of results and research into tympanosclerosis. Other main interests lay in medical education, including pioneering the OSCE in UK and introducing it in the Far East, where Alan retired in 1997 at the age of 78. 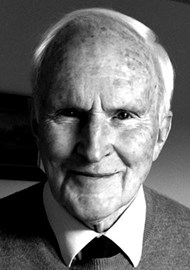