True Cut is a stage play that asks: “What happens when things go wrong in healthcare?” It brings the hidden world of the operating theatre onto the theatre stage. ENT surgeon, David Alderson, talks about how the play came about.

I never intended to write a play. In fact, I never considered it to be within the range of possibilities open to me. English Literature and I were never great friends, and we parted company in my mid teens. The sooner I could drop wishy-washy subjects, the better. I wanted to be a doctor. More than that I wanted to be a surgeon. An ENT surgeon. An otologist. 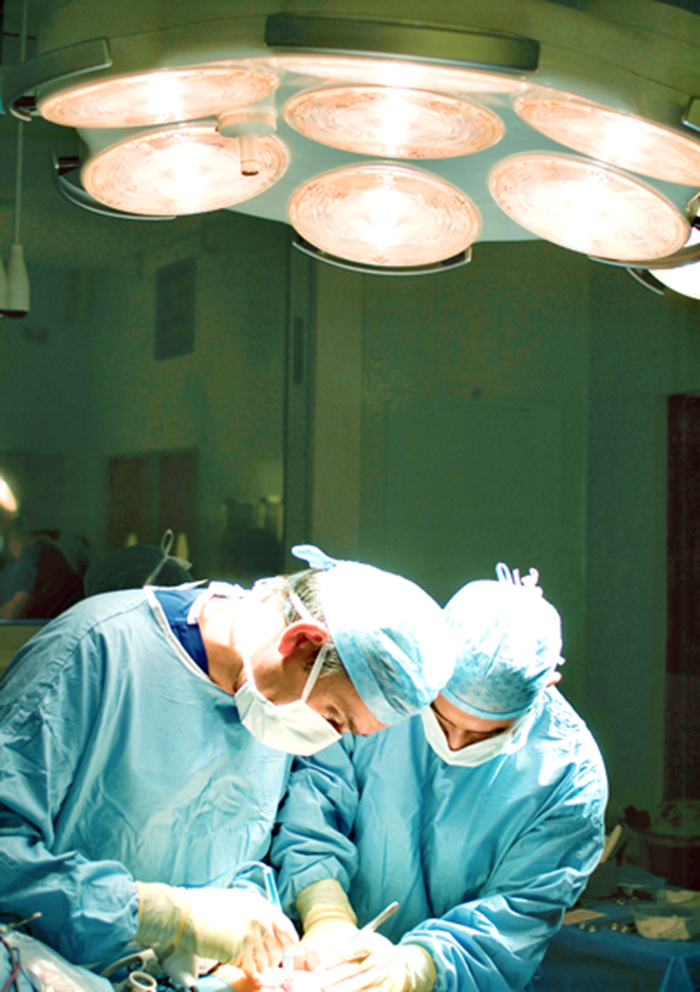 At every stage of my training I was able to dispense with more and more of the peripheral nonsense, honing down onto the interesting things: the 15 branches of the maxillary artery; the differential diagnosis of a neck lump; the surgical approaches to cholesteatoma. I was interested in facts, and practical strategies that would directly help me to diagnose, to treat, perhaps even to cure.

“I wanted to find a way to encourage a more nuanced dialogue, amongst the general public, the profession and between the two.”

Six years into my consultant post I embarked on a Master’s degree in Surgical Education. I had become increasingly involved with education, and I wanted to gain a better grounding. Still looking for facts and practical strategies, perhaps moving beyond ‘show and tell’ based training towards coaching and mentoring.

What I got was much more than I bargained for. The course, set up by Professor Roger Kneebone of Imperial College London, challenged my views – not just of education, but of medicine, surgery, and science, and their relationship to the arts and humanities. In particular, my eyes were opened to the value of time spent exploring the borderlands of disciplines that at first sight seemed irrelevant: philosophy, music, history, semiotics, bespoke tailoring or puppeteering.

For my research dissertation, I decided to look at how surgeons develop expertise in the operating theatre. The work of Anders Ericsson has become well known, particularly the idea that to become an expert you must spend 10,000 hours in practice. And not just any old practice, but ‘Deliberate Practice’ – with optimised levels of challenge and feedback; focused on specific immediate goals while understanding the ultimate aims; and with the internal motivation to persist. Was this a relevant model for fledgling surgeons?

In recorded interviews I spoke with trainees, consultants and other members of the theatre team, starting with the question: “Can you tell me about a time in theatre that you remember as being particularly valuable for developing expertise?” From their answers, I found that deliberate practice represents a relevant, but not sufficient model.

The point of qualitative research is to give the reader a rich understanding of the area that has been surveyed. To achieve this, I decided to write the whole of my Master’s dissertation in the form of a script for a play. I wanted to allow those who had spoken to me to take centre stage; my role was as a narrator –directing the audience towards important areas of the action. My supervisor had distinct reservations. Understandably. Fortunately, it was well received by my examiners. My problem, however, was finding a way to take the findings to a wider audience.

The other issue was that the more I looked at the data, the more strongly another, unexpected theme emerged. Many surgeons wanted to talk about things going wrong. About how they felt both literally, and metaphorically, at the sharp end when things went pear shaped. And about the profound effects, not just on patients, but on clinicians – as “second victims.”

Their experiences resonated strongly with my own, but I found only a few references in the literature [1, 2]. The effects on the patient are discussed regularly, at morbidity meetings, but the effects on the surgeon are more rarely broached, even in private.

Yet, surgeons experience both short term and long-term morbidity from these incidents, often with little formal support [3,4]. In the media, and the courts, mistakes can be portrayed as the unforgivable acts of rogue doctors, who should be struck off. Yet mistakes are ubiquitous in surgery: an inescapable part of being human.

I wanted to find a way to encourage a more nuanced dialogue, amongst the general public, the profession and between the two. It was at this stage that the co-director of the master’s programme (and now long-term collaborator), Kirsten Dalrymple, suggested that I write an actual play based on my findings.

The idea kept reverberating in the back of my mind, and gradually, I began to see that the words of the interviewees could form part of a story – in a world inhabited by three dimensional characters, living through situations that could engage an audience, while keeping true to the real world of surgical practice. Although I didn’t know it at the time, I was writing what is called ‘verbatim theatre’.

One of the problems with early drafts was the lack of a patient voice, to set alongside those of the professionals. In a widely viewed TED talk, Leilani Schweitzer has talked movingly about the loss of her son after clinical error [5]. She has been extremely generous in allowing me to include her words, to produce a more rounded picture.

True Cut emerged gradually from a long process of workshops with actors, rehearsed readings, performances and support from a dramaturg. At each stage I have felt that the play was as good as I was able to make it, but there has always been a way to take it further. After many hours of writing and re-writing scripts, I am starting to understand Auden’s comment: “A poem is never finished, only abandoned.”

Some of the key themes that the play touches on include: the second victims, the potential limits to candour and empathy, and the tensions for educators – balancing the need to train future generations of surgeons with the need to ensure the best possible outcome for the current patient.

The play has stimulated wide-ranging discussions in a variety of contexts: a public engagement event at the Bush Theatre, London; a medical school special study unit leading to performance by students for their year group; a consultant educational supervisor meeting; a surgical trainee boot camp; and many others. We have run workshops at national and international conferences, and recently staged a performance in Amsterdam – at the invitation of the Institute for Health Improvement and the BMJ.

“Through my involvement with the play, I have gained an increasing appreciation of the wider role of the arts and humanities in helping professionals to reflect on their roles and responsibilities.”

True Cut has been well received by professional theatres – but not quite well enough for them to fund a full production (which rarely happens for independent writers nowadays). Radio 4 have shown interest in recording the play and I have been approached about creating a television script. However, I feel that this would inevitably lead to a standard TV drama that misses the point: the essential truthfulness and credibility of verbatim theatre.

I have been amazed at the ability of actors and directors to take a scene that on first reading might fall a little flat, and in a short time create a performance that deeply moves an audience. Theatre is, by its nature, an ephemeral art form; but it has the potential to give audiences powerful new insights, which may be long lasting.

Through my involvement with the play, I have gained an increasing appreciation of the wider role of the arts and humanities in helping professionals to reflect on their roles and responsibilities. It has taken me into situations far outside my comfort zone, but which have helped me to grow, both as a professional and as a person. 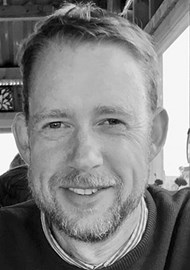