Masks were everywhere in 2020. The most visible to stop the spread of COVID-19 but others concealed soon-to-be revealed strengths and weaknesses.

In April 2020, the UK Prime Minister was taken to intensive care suffering with this new and frightening foe. Healthcare professionals were hospitalised and some tragically died. Surreal scenes of field hospitals and hazmat suits were beamed from Northern Italy to our televisions. Conversations turned to unthinkable factors such as the possibility of rationing emergency care and turning away unwell patients from hospitals. We were told ENT and audiology faced an increased risk due to close proximity to patients’ mouths and noses.The realistic possibility of contracting a life-threatening disease from a patient was suddenly unmasked. Before modern medicine and antibiotics, the personal risk of being a carer for the sick was well known. Nowadays it is a much more alien idea. Most have considered the chance of contracting an illness from a patient; for instance, when operating on patients with a bloodborne diseases. This time it was different.

A distinct lack of evidence regarding transmission led to uncertainty. Some may remember feelings of anxiety during the early AIDS epidemic, and in more recent times there are reports of healthcare workers fearing greatly for their safety in the SARS and EBOLA outbreaks. For COVID-19, guidelines were rapidly developing and evolved quickly. Sometimes it felt like guidelines released that morning changed by the afternoon. Professionals weighed up their professional duty, what evidence they had gathered, and donned the personal protective equipment available. It is unclear if in our careers there will ever be another time where we feel so at risk when doing our jobs.

Work lives and social lives were thrown into turmoil. The fragility of normal comforts and luxuries was unmasked. Busy work lives became frustratingly inefficient. The slow attrition of hospital bed numbers in the UK over the last 30 years once again became apparent. Waiting lists grew. Our social lives reduced to small bubbles and support networks. It was an awful year for the most part but there were some positives unmasked. Hidden healthcare workers emerged from hospital wards for pictures on the national news. On Thursday evening the sound of clapping and pots banging filled the air. Public appreciation for the NHS rose and pride amongst healthcare workers increased. Contrary to what some expected, there was a boom in volunteers and an increase in applications to healthcare courses.

In hospitals, enormous changes occurred rapidly during the first wave. We prepared for the mountain of work emerging over the horizon. Degrees of agility and innovation demonstrated may never be seen again in our generation. The NHS directed its might toward the coming crisis and it was astounding to see the changes on the front line. Management of routine targets became less of a priority and clinical leaders reverted to a commanding leadership style more akin to years gone by.

Another unmasking of power was the strength of the academic and scientific community. Virologists, researchers and scientists, normally found working steadily and quietly behind the scenes emerged as the new lieutenants in the microscopic battle. The UK healthcare and scientific community showed unity and amazing agility to lead the world in development, approval and implementation of a mass vaccination programme.

Unmasking of weaknesses and strengths defined 2020. The value of our normal day-to-day working practices and comforts will not be easily forgotten. The NHS has imperfections and challenges but the pandemic unmasked a hidden strength in ability to adapt and work as one. The heroic strength, speed and knowledge of the biological sciences showed that sometimes it is a previously hidden strength which becomes extraordinary in times of need.

Click the boxes below to see the other articles 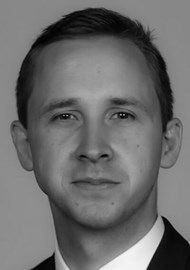