2020 Unmasked: The unmasking of a masked society - By Rele Ologunde
Writing Competition Runner-up

The year 2020 will be embossed in the archives of history and be remembered like none other before it. The dialogue will largely be centred upon the COVID-19 pandemic, the varied response to it by governments across the world and the subsequent ambitious production and distribution of a vaccine. However, the year also heralded many changes within society.

The #MeToo social movement unmasked the sexual abuse and harassment faced by many survivors of such acts, particularly in the film and media industries. The Black Lives Matter campaign unmasked the incidents of police brutality and racially motivated violence against ethnic minorities, and in particular black people in the USA. The stock market crash unmasked that regardless of how technologically advanced and capable our society has evolved to become we and much of what we tie up our wealth in are, in any moment, unequivocally at the mercy of a natural disaster.

Whilst the year heralded many epiphanies, it also cast a veil over many aspects of daily life. The gradual adoption of the facemask as a staple of daily attire had immediate health benefits in terms of reducing virus transmission. However, it’s soon ubiquitous use incurred considerable and tangible social costs, invariably marginalising those in society who lean heavily upon lip reading and those who are non-verbal. With only our eyes and our voices to convey emotion, the warmth a friendly smile imparts was very literally masked. The introduction of national lockdowns across the world, to minimise the spread of disease, also invariably masked the visibility of sufferers of domestic violence, limiting their ability to highlight their additional suffering. Some of those most affected by the events of the year were perhaps those who lived alone, with successive lockdowns bringing about social isolation and government-mandated solitary confinement, drawing the curtain on many social freedoms essential for their mental wellbeing.

The year was noteworthy too for how society reconsidered what was essential and what was not. It was notable how many professions, such as those in football, the music industry and finance, once aspired to by many due to the considerable financial remuneration associated with them, were quickly seen as surplus to the basic requirement of survival. However, professions within waste recycling and removal, grocery retail and the healthcare sector were elevated in public perception, all the more when bestowed the title of ‘key worker’. Although this year has unmasked many an abhorrence within society, as previously described, few of these are novel. Examples of sexual harassment, racial discrimination and natural disasters are littered throughout history. Their persistence is evidence of our negligence to learn from the failures of the past.

The year 1918 was notable for the first H1N1 influenza pandemic that came to be known as the Spanish flu. However, not because the flu originated in Spain but because press freedom in Spain allowed the proportionate reporting of disease prevalence and severity compared with other countries where restrictions were placed on reporting in order to maintain morale during the first world war. Consequently, Spain was perceived to either be the epicentre of the pandemic or the country worst affected. The delay in accurate dissemination of representative reporting inevitably led to a delay in the response to combatting the virus. How disconcerting that over a century later the same tactics, of stifling early discourse about a potential novel coronavirus, were again employed, this time in Wuhan, China, in order to avoid stirring public unrest.

Perhaps the greatest reveal of all from the year 2020 is the degree of health inequality that exists, not only in the UK, but globally. Pandemics highlight what has been, and will remain true, all along. Our health and wellbeing is as secure as that of the most marginalised person in our society. Any one individual’s ability to safeguard their own health will be determined by what their community does to safeguard the least amongst themselves. The wellbeing of our society is dependent not on the height of the ceiling, but the height of the floor.

Click the boxes below to see the other articles 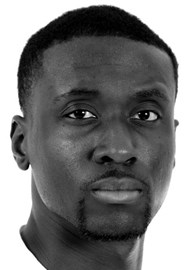