Leeway is a book that takes us through an 80-year journey of one man’s determination, ambition and unbelievable achievements. Prof KJ Lee, as he is known to many today, was born in Malaya in 1940. Ahchu, ‘sweet potato’ in Malaysian, was a traditional nickname given to him by his grandmother to ward off evils! This memoir has been authored by Sally Jee, Clementine Li and Coco Ruan from Columbia University, a gift for posterity.

This book is a story of miracles, of a life which survived the jungles of Penang, hiding from the invading Japanese army, and the near-death experience of malaria, to the presidency of the American Academy of Otolaryngology, Head and Neck Surgery. Ahchu’s story is of an ordinary Malayan-Chinese kid’s dream to leave war-torn South-East Asia to study at Harvard University in Nuclear Physics. I found this book so engrossing that it was a reading marathon over a weekend.

The theme of Ahchu’s life is set in his amazing quest to get a place at Harvard and a scholarship, starting as a teenager when he could barely spell ‘Harvard’. The incident of his wait on a bicycle outside the US Embassy, to gate-crash the Consul General for the details of Ivy League Universities gives us an insight into the mind of a man who would go on to be one of the greatest otolaryngologists of our generation. For the next six decades in his road to success, he never took no for an answer.

The book then describes his reasoning to finally go for a career in medicine and the strategy that he adopted to fulfil the entry requirements to medical school. He was one to be creative and innovative throughout his life, whether it was introducing taped faculty lectures to Columbia Medical School or introducing the world to minimal access pituitary surgery. He was never shy of adapting to circumstances; a good example was the choice to change his name from Keat Jin Lee to KJ Lee, making it easier for his colleagues at work. The book is full of examples where KJ Lee has faced challenges and found solutions with sheer cool nerves and determination.

On his personal life, his courting of and marriage to Linda, his wife of 53 years, and his love for his children is nicely narrated and gives us an insight of a warm heart, dedicated to all those who have been lucky enough to know him.

On the professional side, his residency work ethos with Dr Schuknecht at Harvard is a hard but useful act to follow for all residents in ENT. KJ has a methodical, focused mind which soon got him in discussions with Presidents and Members of the Congress in improving the health system in the USA.

The authors go on to describe his experiences in the world of private practice, business and public service. KJ cofounded the TPIU (The Patient Is U) Foundation with a mission to educate all healthcare providers and organisations on patient contact: to treat as if “the patient is you”. The book ends with a long list of scientific and professional contributions that KJ Lee has made over the last 50 years, including the coveted position as the President of the American Academy of Otolaryngology, Head & Neck Surgery.

In the history of otolaryngology, this book shall be the ultimate ‘role model’ for inspiration, of an incredible life and of one man’s achievements. I would strongly recommend this as a must-buy for all. It’s been an honour to review Leeway... the life of a legend.

Would you like to read more about the life, travels, philosophies, and accomplishments of KJ Lee? Click here for our 2018 article Dr KJ Lee: From Penang to Presidency of the AAO-HNS… and beyond! 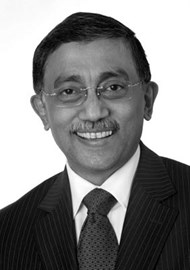 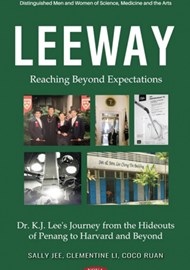