For Jul/Aug 2021, ENT & Audiology News features several contributions from the 100,000 Genomes Project, and Tess Lopez very kindly agreed to talk to me about her involvement with the project, as well as sharing her personal experiences of having children with genetic hearing loss.

When Tess Lopez recently came to see me for some custom swim plugs, she mentioned that her two daughters both had hearing loss since birth and wore hearing aids. After further discussion, I was very interested to learn that Tess had also recently been accepted as part of the 100,000 Genomes Project and that her whole family had been assessed as part of the project. 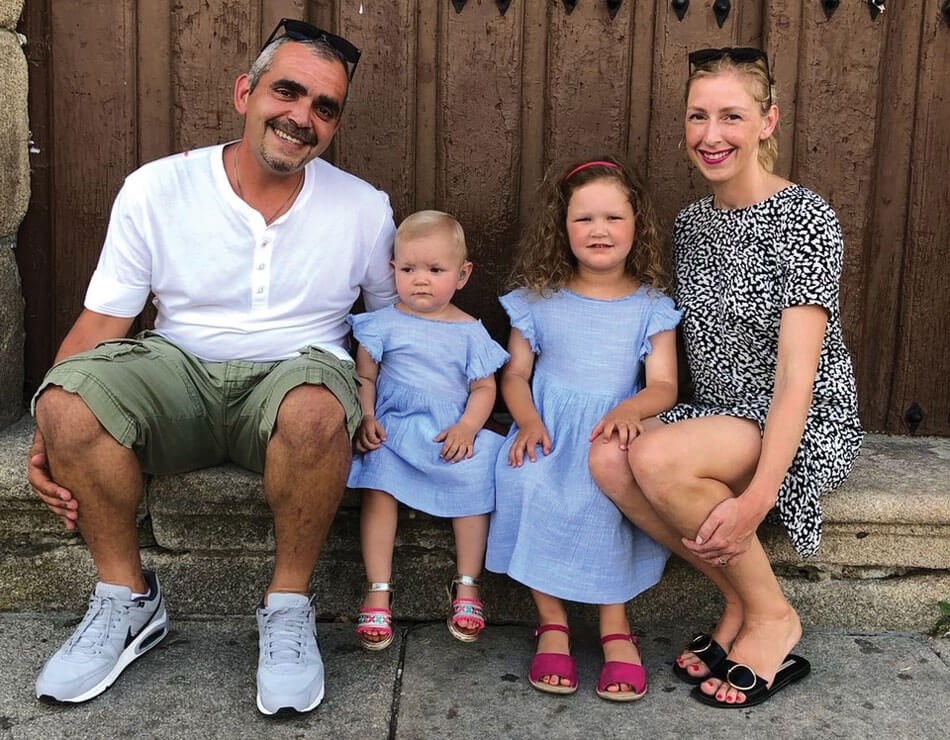 Tess with her husband, Carlos, and daughters, Talia and Lettie.

Tess, please start by telling us a little about you and your family and how you got involved with the 100,000 Genomes Project?

My husband, Carlos, and I have two daughters, who were both born with a moderate hearing loss. When our second daughter was born in 2017 and diagnosed with hearing loss, we were referred for a genetic consultation. At this appointment, Dr Dragana Josifova, part of the genetics team at Guy’s Hospital, spoke to us about the 100,000 Genomes Project and suggested that we would be good candidates to take part.

Can you share with us your initial thoughts and feelings when you found out that your first daughter had a hearing loss?

We were devastated and shocked. Neither my husband nor I have any known history of hearing loss in either of our families, so it had never occurred to us that hearing loss was a possibility for our children. We worried that Lettie’s hearing loss would get worse and were concerned that it might be a symptom of a larger problem. It raised lots of alarming questions for us: would she be able to hear at all? Would we all have to learn sign language? We also lived with an element of denial, believing (and hoping), that one day we would attend an audiology appointment and be told that Lettie’s hearing had improved and was normal again. The fear of the unknown is the most difficult part when you have no previous experience to reference and when no one can tell you what the future holds for your baby. 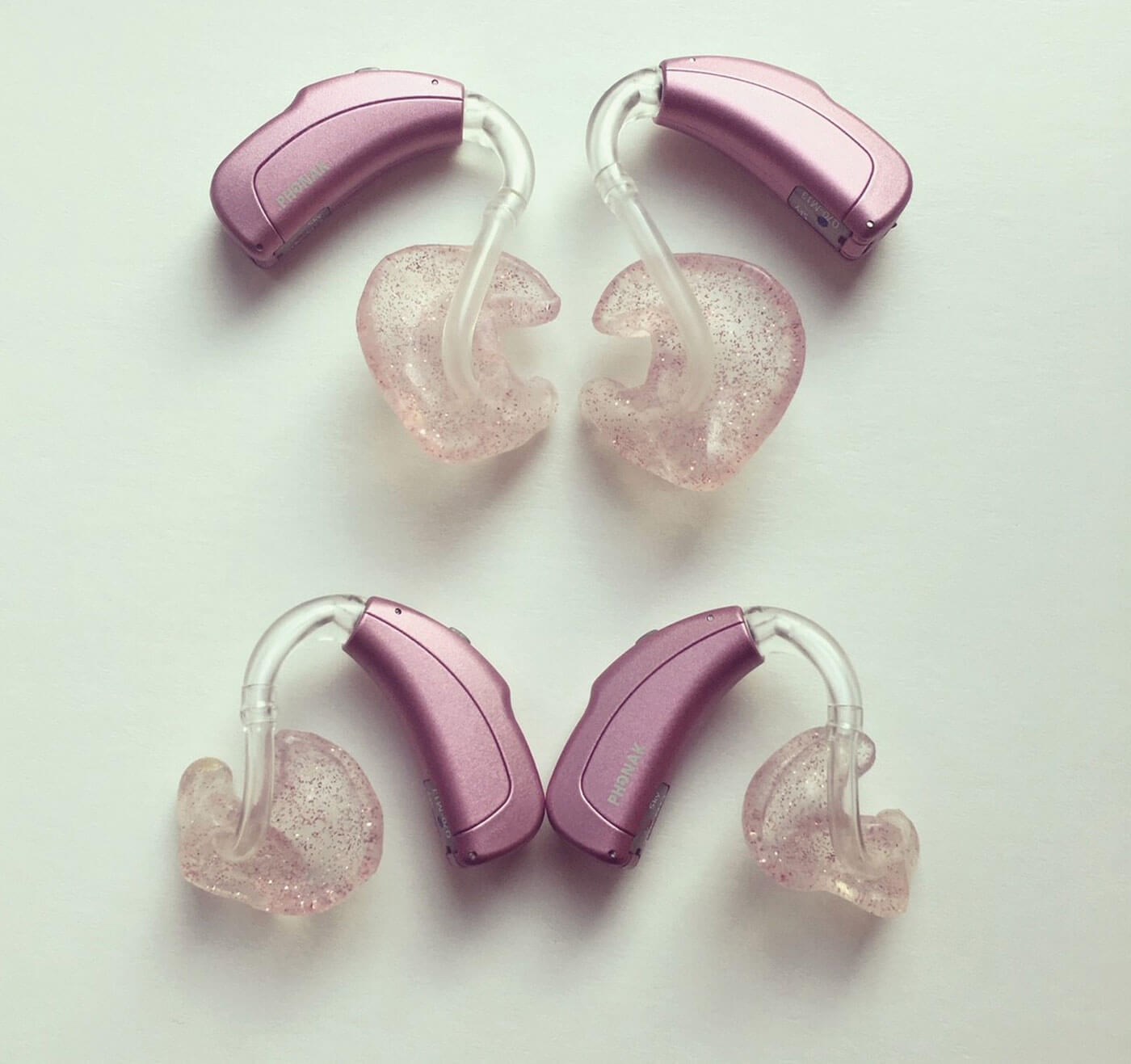 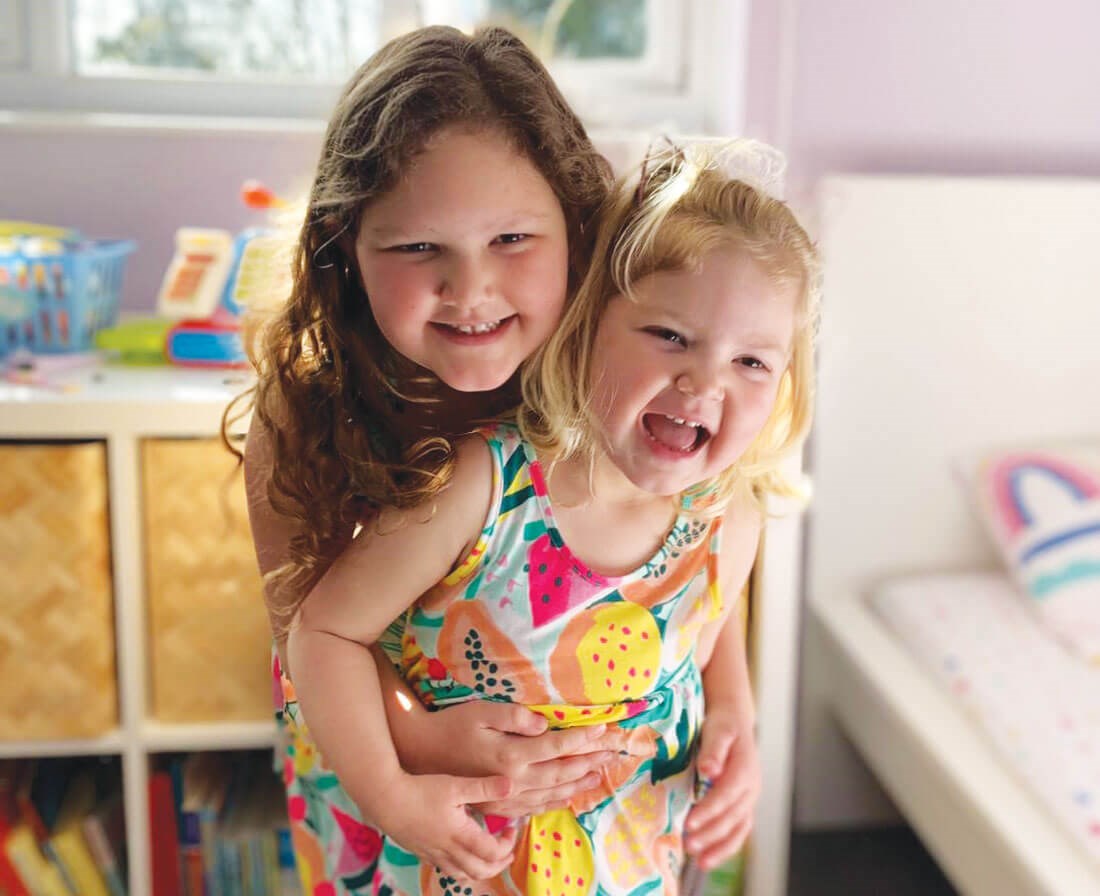 That must have been really tough for you both, especially with your first child. Was it any different with your second daughter?

Yes, it was. When Lettie was born and diagnosed with hearing loss, there was no obvious reason for her condition, so we didn’t really think it would happen again when our second daughter, Talia, was born. But it did. However, when Talia was diagnosed, we were much better prepared, and we knew what to expect the second time around. There was still an element of shock that her level of hearing loss might be worse, but our overwhelming feeling was that our girls would always have one another and that’s a lovely feeling.

That’s such a positive and warming view. Can you describe the process of getting Lettie and Talia assessed by the 100,000 Genomes Project and what this involved?

We went straight from the genetics consultation to another area of the hospital where the project, and our potential involvement in it, was explained to us in detail and our medical histories were discussed with the consultant. We then all had blood samples taken.

How did you feel about getting involved in the 100,000 Genomes Project? Were you instantly keen or were you nervous about it?

We were on board straightaway! Having examined the girls and taken full details of all our medical histories, the consultant explained that she had no reason to believe that either Lettie or Talia had any syndrome alongside or associated with hearing loss. Initial investigations confirmed that both girls tested negative for Connexin 26 and nothing had been picked up on the MRI scans that both underwent shortly after their respective diagnoses. We were told the hearing loss in Lettie and Talia was most likely a recessive gene inheritance.

I understand you have recently had a consultation to disclose the results of the testing?

Yes, we had a virtual consultation with Dr Josifova, who told us that both the girls and I tested positive for a ‘spelling mistake’ in the OTOA gene and that this was a plausible explanation for the girls hearing loss. Interestingly my husband did not show a change in his DNA, so further investigation would be needed to determine if there is a whole gene deletion in his DNA. This would not have been picked up in the initial testing.

How did you feel when the results were shared?

Dr Josifova is hugely knowledgeable and very friendly. Her explanations were very clear and she was more than happy to answer our questions. It was really reassuring to understand that there was a proper explanation for my daughters’ hearing loss.

Do you have any advice for parents with children with genetic hearing loss?

Yes. It’s OK to feel sad and anxious about the diagnosis, especially initially. But please be reassured that after the initial shock and emotion, it will all be OK. You will get the hang of audiology appointments and you will all adapt to a ‘normal’ you weren’t expecting - but it really is just another normal!

That is a great perspective to share, thank you. Any advice for parents taking part in, or considering taking part in the 100,000 Genomes Project?

Depending on why you are joining the project, my advice is simply to be prepared for the answers you may gain. We are lucky that our results are relatively innocuous, but other family’s results may be more complex.

My sincere thanks to Tess Lopez and her family for their willingness to share their personal story and experience in this article. 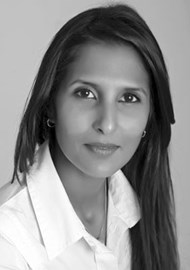