Genetics and the newborn hearing screen: the future is now
By A Eliot Shearer

Eliot Shearer shares the progress being made with newborn hearing screening 60 years on from where it started, and future directions for identifying hearing loss using physiologic, genetic and cCMV screening.

Newborn screening had its birth in the early 1960s, when Guthrie developed a bacterial inhibition assay to quickly and easily screen for the metabolic disease phenylketonuria using a small amount of blood obtained from heel-sticks of newborns [1].

In the early 2000s, after mounting evidence detailing the importance of early detection and treatment for childhood hearing loss [2] universal newborn hearing screening (NBHS) was incorporating into newborn screening programmes in the US and the UK. The goal of universal NBHS is to identify children with significant, permanent, hearing loss. Although screening approach varies by region, current NBHS methods are physiologic – they test the response of cochlear hair cells to sound (otoacoustic emissions (OAE)) or the response of neural pathway to sound (automated auditory brainstem response (AABR)).

“Universal NBHS has been widely adopted, with more than 98% of newborns in the UK and US undergoing screening according to the most recent data”

Universal NBHS has been widely adopted, with more than 98% of newborns in the UK and US undergoing screening according to the most recent data. Universal NBHS has been enormously successful at early identification of children with hearing loss, increasing the number of children identified in the US per year from 855 in the year 2000 to 6432 in 2018 (750% increase) [3]. In the US, data from more than 11.7 million newborns in the years 2015-2017 showed that hearing loss was identified in 16.51/10,000 births, which far exceeded the next most common diagnosis, primary congenital hypothyroidism, identified in 6.00/10,000 births [4]. In fact, hearing loss was the primary condition identified by newborn screening, comprising 50% of all conditions identified by the newborn screening programme [4]. This earlier identification of children with hearing loss has led to improved speech and language outcomes [5].

Clearly, the current physiologic NBHS is enormously important and has been successful at achieving the goal of identifying children with permanent hearing loss. In addition, as a screening test, OAE and AABR are relatively low cost, provide an immediate answer, are relatively easy to administer, and are highly sensitive for moderate-to-severe hearing loss. However, there are ways by which the physiologic NBHS could be improved. As currently implemented, the physiologic NBHS may not identify children with specific types of hearing loss: those with mild-moderate deafness, those with deafness outside the newborn period, and children with auditory neuropathy. In addition, there is no aetiologic information provided at screening, and there is high loss-to-follow-up rate (25.9% for most recent data in the US) [3]. So while the current universal NBHS has been remarkably successful, there is room for improvement. 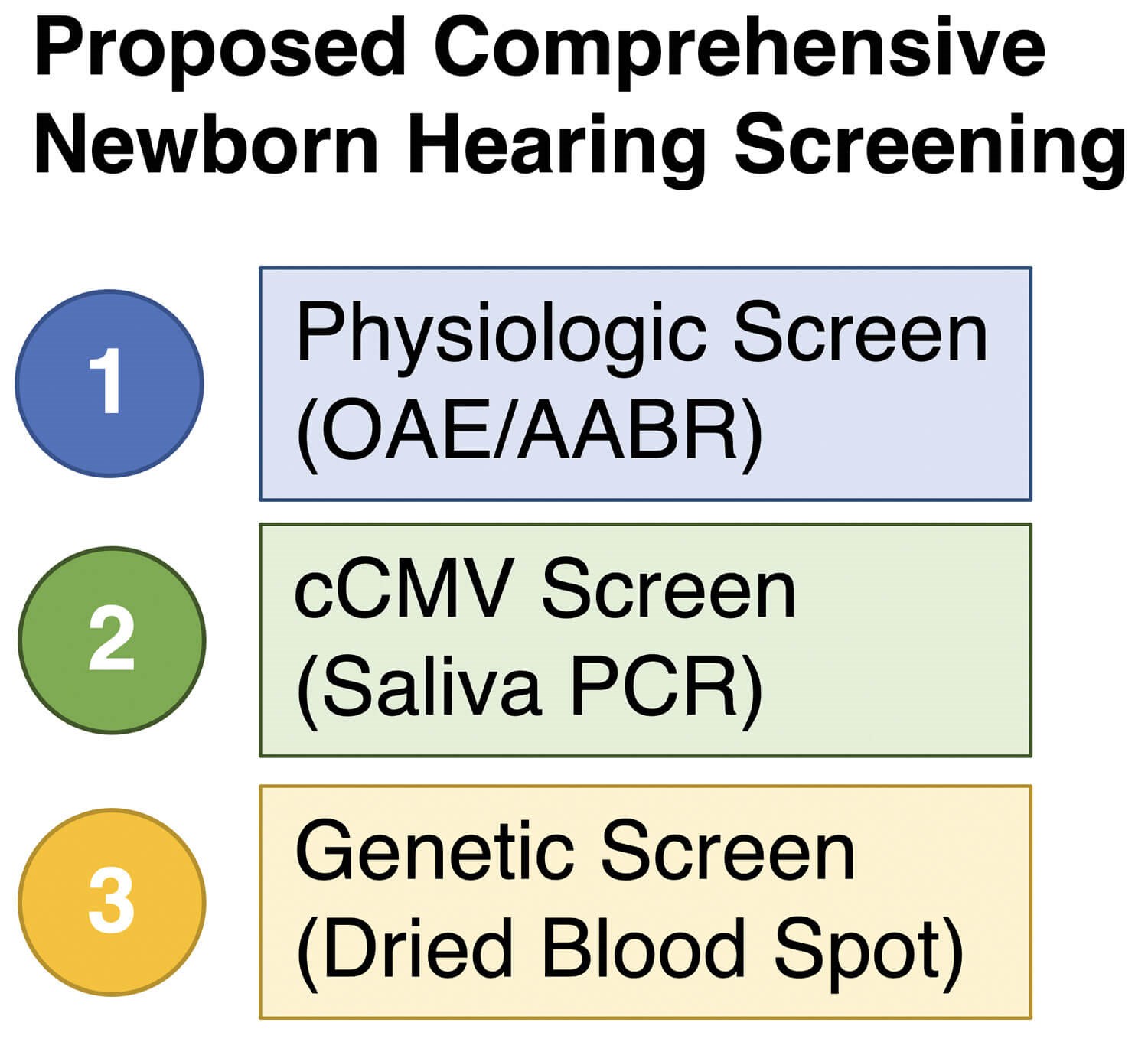 Proposed comprehensive newborn hearing screening. This would include: (1) physiologic screen, as performed currently with otoacoustic emissions (OAE) or automated auditory brainstem response (AABR); (2) congenital cytomegalovirus (cCMV) screen from saliva; and (3) genetic screen from dried blood spot. As detailed in the article, the combination of these three approaches would increase the number of children identified with permanent hearing loss, among other benefits.

In order to improve the current physiologic NBHS, an understanding of the causes of newborn hearing loss is integral. In developed countries, approximately 50% of newborn hearing loss is due to a genetic cause, approximately 30% due to structural cochleovestibular abnormalities, and approximately 20% is due to environmental causes, the most common of which is congenital cytomegalovirus (cCMV) [6]. Hearing loss due to cCMV is often mild, or unilateral, two types of hearing loss that are more difficult to detect using the current physiologic newborn hearing screen. In addition, because the cytomegalovirus is ubiquitous in our environment, testing must be performed before three weeks of age to accurately diagnose cCMV hearing loss. It is for these reasons that many have recommended incorporation of universal cCMV screening from saliva. In several U.S. states, cCMV screening is performed after failed NBHS and universal cCMV is advocated.

“Now, 60 years after Guthrie developed the first newborn screening method, it is time to take the next step in NBHS”

Widespread adoption of universal NBHS has been successful at its primary goal of identifying more children with hearing loss. Now, 60 years after Guthrie developed the first newborn screening method, it is time to take the next step in NBHS. A comprehensive NBHS that incorporates physiologic, genetic, and cCMV screening would address several weaknesses of the current, physiologic-only screen. In addition, aetiologic information would be provided sooner, which could lead to decreased time to diagnosis and habilitation, if required. Further research is needed as to the most cost-effective genetic screening method to be used in an ethnically heterogeneous population like the US and UK. 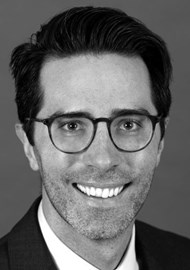