Assessing demands on cochlear implant (CI) services is very important for both commissioners and clinicians in anticipating clinical need and funding requirements. Commercial CI’s were introduced in the late 1980s. Initial funding was from charitable sources. The first major advance was the funding and review led by Prof Quentin Summerfield and David Marshall (1990-‘94).

Their detailed report clearly identified the clinical efficacy of CI in the treatment of patients with severe to profound hearing loss [1]. This was also a pivotal step for the introduction of NHS funding. However, it was recognised that there were areas in the UK where funding was sporadic and in a few areas, especially for adults, not supported.

The more recent review by the National Institute for Health Care and Clinical Excellence (NICE) showed that CI was both clinically and cost effective [2]. One of the main outcomes was the support for bilateral simultaneous surgery for children and bilateral surgery for adults if they had additional sensory impairment. It also supported sequential implantation for children previously implanted and deemed suitable after appropriate assessment by professionals. This review certainly was central in stopping the ‘post code lottery’ of funding. Whilst offering a degree of stability to CI units it is acknowledged that such a service would offer savings to the tax payer as a whole, but it does produce challenges to health care providers.

Assessing access requires estimating the population who might have a severe to profound hearing loss with the population actually receiving implants.

Universal Newborn Hearing Screening (UNHS) was rolled out and formally established by 2006, screening for babies who have a permanent childhood hearing impairment (PCHI) based on hearing levels ≥ 40 dB. Using this data the prevalence for children with severe (71 – 95 dB HL) and profound (> 95 dB HL) losses can be estimated using the observations of Fortnum et al. [3]. However, current NICE guidelines only allow implantation if hearing is ≥ 90 dB HL at 2 and 4 kHz. To try and ‘estimate’ a potential population suitable for CI surgery for 0 – 3 years and 0 – 16 years all the ‘profounds’ and 20% of the ‘severes’ were calculated from UNHS for England and Wales from 2006 – 2011 (Table 1). Data from Scotland was not available for accurate assessment.

How do the estimates reflect reality?

Data on implant use has been collected from various sources such as National Cochlear Implant Users Association (NCIUA) and annual returns of the British Cochlear Implant Group (BCIG). However, to correlate with the UNHS estimates for England and Wales, the three major implant companies Advance Bionics, Cochlear and Med-El were approached and they kindly supplied data on ‘Surgical Registrations’ (the numbers of new people receiving implants) for the financial years 2006 – 2011. Patient registrations were allocated into the age groups at the time of surgery. Simultaneous implants were counted as one implant and sequential, second implants omitted. Only the year in which the first implant was inserted was used [4].

Using this method of analysis the current rate of implantation in the 0–3 years of age group was on average 74%. This increased during childhood to 93% by the time the children reached 17 years of age. Approximately 75% of the paediatric cases were performed simultaneously. It will be anticipated that the frequency of sequential implants will gradually reduce according to funding arrangements following the NICE review.

“Less than 4% of UK adults receive simultaneous implants. This is significantly less than in European countries.”

There is a general feeling that childhood cochlear implantation is levelling out using current selection criteria. UNHS is effective in identification of a permanent hearing impairment at birth. However, more formal screening and surveillance should be considered to identify those children who progress to develop severe to profound hearing loss.

Estimations for requirements of adults pose more of a challenge. NICE reported that there are approximately 613,000 people older than 16 years with severe to profound deafness in England and Wales who might benefit from a CI [2]. This is in stark contrast to the recent BCIG audit showing that just over 6,500 adults were being supported with about 560 new adult recipients in the last 12 months.

The incidence of hearing impairment increases with age: 4.6% of 18 – 40 year olds are affected by a loss of at least 25 dB HL, this rises to 60% in 71 – 80 year olds [5]. Davis has studied the prevalence and distribution of hearing impairment in adults [6]. When analysed the incidence of estimated hearing loss of ≥ 90 dB HL at 1 kHz can be calculated. It is acknowledged that the current audiological selection criteria is based on 2 and 4 kHz so will tend to over estimate the potential eligible population. The most recent population data was obtained from the 2011 census [7].

In 2011 surgical registration data identified 505 new patients aged 18 years and older. Of these, 57 patients did not have a recorded date of birth and there were 31 in the over 80 age group. There were 417 patients who could be allocated to appropriate age bands (Table 2). This represents 4.5% of the estimated 9,338 annual ‘estimated’ patients in the 18 – 79 years age group, with a potential of 5% if the unknown ages are added.

Clearly there is an under provision of CI in the adult population. In many situations hearing loss is progressive. Patients may have grown to accept their problems; families can support and reduce the effect of hearing loss. Patients accept deterioration as a natural ageing process and may be reluctant to undergo surgery. The question has to be asked, why is this potentially so low?

Two principles need to be explored:

In comparison with Germany or Austria, the UK appears to perform half the number of implants per million people. Less than 4% of UK adults receive simultaneous implants. This is significantly less than in European countries. As is well known, bilateral implantation gives better clinical benefit, which has led to the introduction of CI for unilateral hearing losses in Germany. 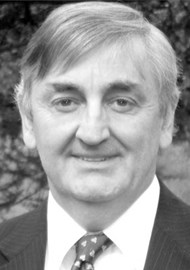