EEG as a measure of neuroplasticity in children
By Karen A Gordon, Blake C Papsin, and Sharon L Cushing

Measuring changes in neural activity can teach us a lot about hearing loss and the effect of gained functional hearing. In this article, the authors describe how electroencephalography (EEG) is being used to effectively measure such changes in children with hearing loss.

Children are constantly growing, learning, and changing. A major underpinning of this development is neural change that occurs in their motor pathways, their sensory systems, and their brains. Measuring neural change (i.e. neuroplasticity) in development is important for monitoring expected trajectories, for identifying delays and abnormalities, and for assessing outcomes of interventions.

The aim of the present article is to explore how electroencephalography (EEG) has been used to effectively measure developmental neuroplasticity in children with hearing loss and why many EEG measures have not made it into clinical practice.

Why is EEG often used to measure neuroplasticity in children with hearing loss?

Evoked potentials of the auditory system were first described in 1971 by Jewett and Williston, and these auditory evoked EEG measures still offer several advantages over other neuroimaging techniques like magnetic resonance imaging (MRI), positron emission tomography (PET), magnetoencephalography (MEG), and functional near infrared spectroscopy (fNIRS). EEG uses non-invasive electrodes placed on the skin which makes them feasible to use in individuals of all ages. It is also inexpensive and records the electrical fields generated from neural populations with relatively simple equipment and often little complex processing. Moreover, EEG has high temporal resolution which allows it to capture the remarkably rapid responses of the auditory system. This is important because temporal cues are important for hearing distinct frequencies for speech perception and music, for recognising phonetic components of speech, following prosodic cues in spoken language, and for binaural/spatial hearing. Unlike magnetic based neuroimaging techniques, EEG measures can be used in individuals who use hearing devices including cochlear implants. For these reasons, EEG provides an effective, efficient, and accessible tool to measure neural plasticity in children with hearing loss. Myogenic vestibular reflexes can also be measured with EEG. This is an important consideration given the high prevalence of vestibular deficits in children with hearing loss, however this topic and related EEG measures are beyond the scope of the present article.

What has EEG told us about neuroplasticity in children using cochlear implants?

EEG measures have been important measures of neural activity in children who use cochlear implants (CIs) from primary auditory nerve responses to the cortical networks involved in hearing.

Responses from the auditory nerve can be measured by CI telemetry systems, providing confidence that the implant stimulates the auditory system in individual children. The electrically evoked compound action potentials from the auditory nerve (ECAPs) can be measured immediately after CI insertion in the operating room and are present in most children receiving CIs [1]. Only subtle changes in ECAP amplitude and threshold occur thereafter. The stability of the response means the auditory nerve can sustain long-term stimulation from a CI using clinical settings but also indicates that there is no improvement or decline in the neural population’s response over time. We have also used the ECAPs in children receiving bilateral CIs to find current levels that evoke equal and balanced amplitudes of activity between left and right sides [2]. Results indicate mismatches occur when different CI arrays are used, likely because the requirements for current change along the length of the implanted array from apical to basal ends and are higher for antimodiolar than perimodiolar arrays. This may be an important factor contributing to poor binaural hearing and asymmetric speech perception between sides.

The auditory brainstem response (ABR) measures activity from the auditory nerve to neurons innervating the inferior colliculus of the midbrain and has also been used to track neuroplasticity in children with hearing loss [3]. The electrically evoked ABR (EABR) can also be recorded in most children who are good candidates for CI. Decreasing response latencies of the electrically evoked response (EABR) occur with CI use in children with congenital deafness and reflect increasing efficiency in pathways from auditory brainstem to mid-brain. Particular measures (e.g. eIII-eV inter-wave latencies) show similar rates of change to those occurring in infancy in normal hearing, indicating that the development of the auditory brainstem requires stimulation to develop, and that CI input can induce these changes. The EABR can also identify if any auditory development occurred prior to CI, as children with significant hearing prior to implantation had shorter EABR latencies at initial CI activation than children with congenital deafness. EABR latencies also show effects of prolonged unilateral stimulation in a bilaterally deaf auditory system. Specifically, the auditory brainstem of children receiving bilateral CIs sequentially display shorter latencies in the ear with CI experience compared to the newly implanted ear. This relative strengthening of brainstem pathways from the first CI-stimulated ear appears to be difficult to correct with bilateral CI use in children with bilateral deafness who have long inter-implant delays [4].

Neuroplasticity can also be measured by responses from thalamo-cortical areas of the auditory pathways using middle and late latency evoked potentials. Middle latency responses (10-40ms) become more detectable in children over the first year of CI use, but these have been much less studied than later latency responses (i.e. >50ms), known as cortical evoked potentials (CAEPs). Initial cortical detection of sound is measured from approximately 50 to 200ms and later amplitude peaks reflect more complex processing. Cortical detection of sound results in CAEP waveforms can be highly variable depending on the age of the child, their hearing history, where the recording electrodes are placed on the head, and what sounds are used to evoke the response. CAEPs from the midline of the head (Cz) have been assessed most, likely because this electrode placement has been most useful for measuring the EABR. The morphology of the Cz-CAEP typically changes over the first decade of life, from a positive broad peak (P1) to an adult P1-N1-P2 complex. The response is, on average, smaller in amplitude and more negative at ~100ms at initial CI activation and rapidly changes to a clear P1 in the first months of CI use [5]. Evolution to an adult-like response has been measured in adolescents who have used their CIs for over a decade, reflecting the ability of the auditory system to develop with a CI [6]. The Cz-CAEP measures cortical audibility and gross changes in cortical neuroplasticity but is blind to changes at particular cortical generators and cannot measure changes in the cortical network or connectome involved in hearing. For example, the unilateral Cz-CAEPs in children with bilateral CIs can be very similar despite evidence of aural preference for the first ear as asymmetric speech perception and dipole measures from auditory cortices (from source localisation of multi-channel EEG) [7]. Moreover, Cz-CAEP are often evoked by simple stimuli, missing an opportunity to assess the brain’s ability to track amplitude and frequency changes in ongoing sound including speech and are not analysed to identify cortical oscillations that tell us about the interconnectedness of many brain areas involved in hearing.

Can EEG be used to track neuroplasticity in individual children?

The non-invasive nature and low cost of EEG makes it viable to record repeatedly in individual children. EEG measures ensure the auditory input is stimulating specific parts of the auditory system which provide the foundation for audibility. When the measures are well characterised, such as the ECAPs and EABRs, they provide a good opportunity to track neuroplasticity in individual children. The Cz-CAEP also reliably captures waveform changes in individual children, however, how to interpret these measures of gross developmental change remains a question. Can EEG be used as a clinical biomarker in paediatric audiology?EEG measures are used as biomarkers of auditory activity in infant hearing screening programmes around the world and remain a staple of the paediatric audiometric test battery. By contrast, they are not currently used clinically as biomarkers for neuroplasticity. This may be because a greater emphasis is placed on functional markers of hearing development in children with hearing loss who receive hearing devices such as speech perception and understanding and speech and language acquisition. The known variability in these functional/behavioural markers of outcome in children with hearing loss suggests a role for using EEG measures to better understand potential limitations in the auditory system. Such limitations to neuroplasticity include missed sensitive periods in unilateral and bilateral auditory development, mismatched input between ears that may limit binaural/spatial hearing, inadequate access to acoustic components of speech and music through hearing devices, or even inconsistent device use. Moreover, EEG measures could also be used to assess auditory development in children whose global development limits their speech and language or makes behavioural testing challenging. It is important to note, however, that the reliability and validity of EEG measures to identify these problems and to predict auditory behaviour and function on an individual basis will need to be determined before they are implemented as clinical biomarkers. In the future, EEG measures may have a role not only as biomarkers of development but also as biomeasures of hearing and attention to sound, which could feed back in real time to hearing devices to provide better binaural input and support better listening. 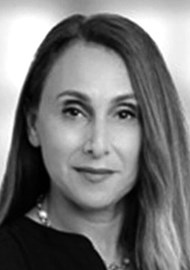 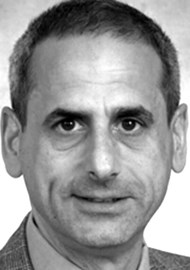 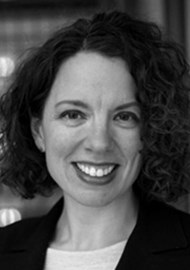