Hearing, tinnitus and hyperacusis in the arts
By David Baguley

Hearing loss, tinnitus and hyperacusis are discussed by David Baguley from the unique perspective of their depictions in literature, music, film and paintings. This article provides unusual and invaluable reflective opportunities for the patient-centred clinician!

Audiologists and otologists understand hearing loss and other auditory symptoms in terms of decibels, discrimination, wave amplitudes and latencies, and pathophysiological mechanisms, using the vocabulary of impairment, loss, dysfunction and deficit. There are other ways of understanding however, and the arts of literature, film, music and painting give opportunities for understanding hearing experiences in other ways than our purely scientific understandings.

Having set aside possible career paths studying literature or psychology, in order to work within audiology, I was initially unsure that I would ever be able to find territory where these disciplines overlapped. An early breakthrough was the discovery of a book called The Quiet Ear – Deafness in Literature edited by Brian Grant [1], which compiled “pieces by or about the deaf.” Grant was a retired English judge, who had undergone a noise or blast induced hearing loss during combat as a commando in World War Two. Whilst his book largely confined itself to prose (with a handful of poems), the fact that the cover featured the painting ‘Self-portrait as a deaf man’ (c. 1775) by Sir Joshua Reynolds (Figure 1) was a signpost to hearing featuring in other disciplines. 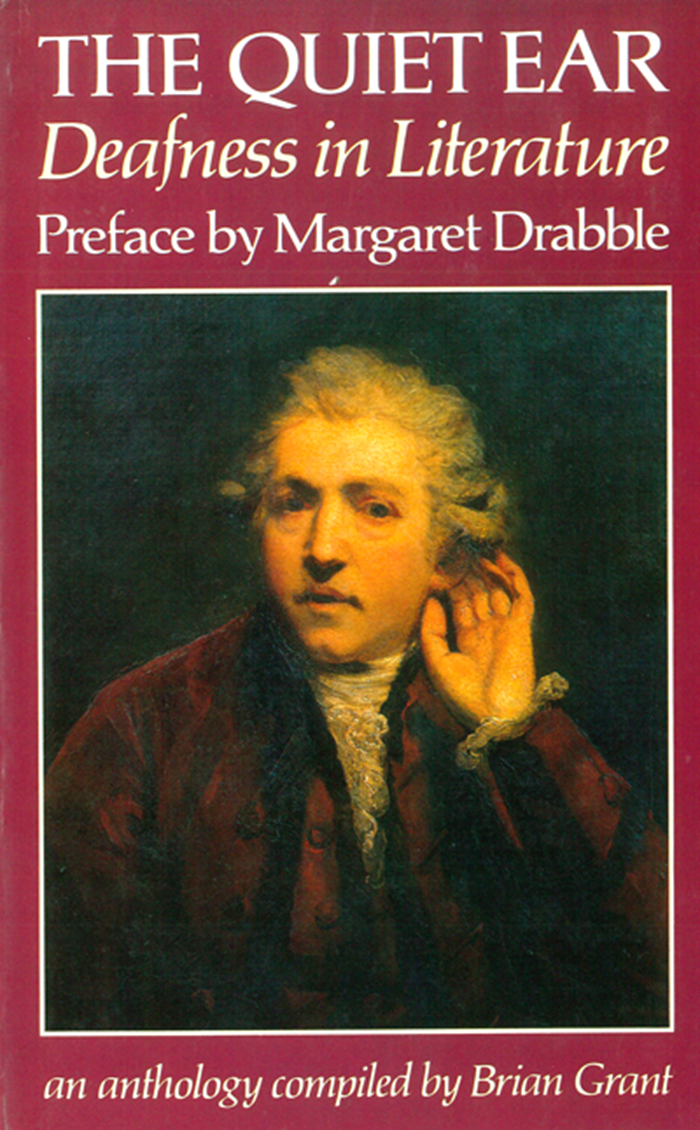 As the pieces compiled all date from the era before technology provided opportunities to hear for many, the tone is often of sadness, loss, and pathos, though there are several pieces that contain humour, and speak of resilience and joy. One piece that especially moved me [2] was by John Kitto (1804-1854), who wrote aged 40 years of the day he lost his hearing after a precipitous fall of 35 feet on his father’s birthday, aged 12 years: “The circumstances of that day… have left a more distinct impression on my mind than those of any previous, or almost any subsequent, day of my life. It was a day to be remembered… to a child the full extent of such a calamity could not at once be apparent … it was left for time to show me the sad realities of the condition to which I was reduced.”

“The Hollywood tinnitus trope: typically after a loud explosion, the soundtrack becomes quiet until a high pitched tone develops.”

Following diagnosis by being unable to hear a stopwatch held between his teeth, Kitto underwent treatment with aural infusions, leeches, blistering, bleeding, and ‘multiple electrical operations’, all to no avail. He subsequently educated himself by reading, and became famous as the author of the popular Daily Pictorial Bible.

The contents of The Quiet Ear are very much of their time, and largely concern the experience of becoming deaf, and there is no sense of Deaf culture (e.g. culture deriving from communities using sign language and defined by their Deaf identity). The pieces do testify to lived experience however and speak of isolation, and of loss.

Other disciplines are more accustomed to looking into the arts for insights and inspiration. Colleagues in psychiatry, and in neurology, both have a track record in this area, reflecting upon depictions of mental illness, and of neurological conditions, with the reflection that the descriptions of such disorders might be “creative and humane” [3], thus allowing the clinician to glimpse the lived experience of such conditions in individuals and their families and friends. Such themes are further explored by researchers, clinicians, and members of the public working in the field of medical humanities, which has a well-established BMJ journal, which states: “Medical humanities presents the international conversation around medicine and its engagement with humanities and arts, social sciences, health policy, medical education, patient experience and the public at large.” (http://mh.bmj.com)

References to hearing in the arts are not limited only to mention of deafness: recently I wrote a book chapter on ‘Tinnitus and Hyperacusis in Literature, Film, and Music’, of which there were many examples [4]. Things have not stood still since then, and I now review three instances that have since arisen in film, music and in poetry.

There are many depictions of tinnitus in action films which have been known as the ‘tinnitus trope’: typically after a loud explosion, the soundtrack becomes quiet until a high pitched tone develops, invoking the sensation of temporary threshold shift and associated tinnitus. It is less common for tinnitus to become an integral part of the story, but that was the case with the film Baby Driver (2017) [5]. 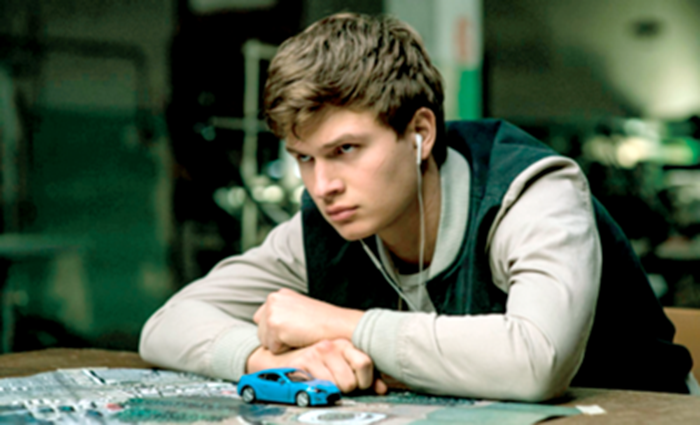 The title character, played by Ansel Elgort (Figure 2), developed tinnitus as a child following a car crash in which his parents died, and now as an adult he manages it with music played through a variety of iPods, and he achieves the adrenalin rush and energy needed for his getaway drives by choosing particular songs – even when that delays his escape. In a sub plot, Baby’s foster father is Deaf, and they communicate in American Sign Language. The onset of tinnitus associated with physical and emotional trauma combined, and the portrayal of tinnitus as a defining feature in some people’s lives, are commonly observed in the clinic. An interesting drama; the use of music to manage tinnitus remains an under researched area, and potentially major opportunities exist here.

“The descriptions of such disorders might be creative and humane, thus allowing the clinician to glimpse the lived experience of such conditions in individuals and their families and friends.”

Figure 3. An excerpt from the score of Smetana’s String Quartet No.1 (1876) incorporating a representation of high frequency tinnitus.

References to tinnitus in music and song are quite plentiful. One of the most well-known comes from Czech composer Smetana, who wrote his strident, high pitched tinnitus into the last movement of his String Quartet Number One (1876), as the first violin plays a high ‘E’ sustained across six bars (Figure 3). 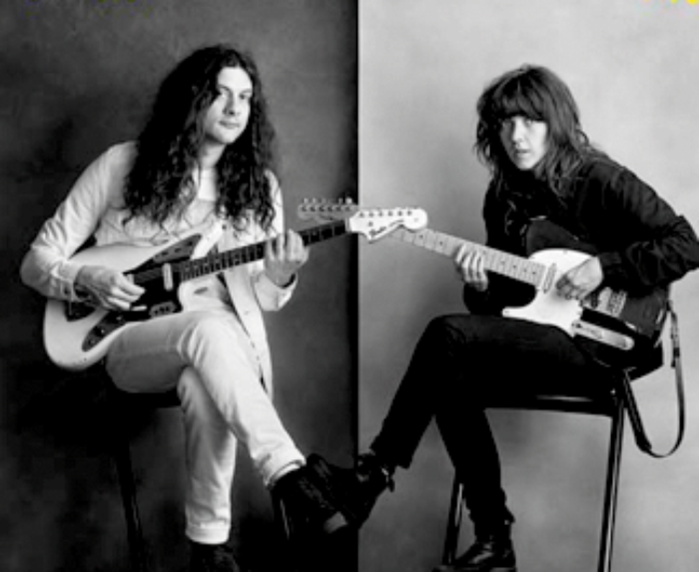 Bringing us up to date, the alternative songwriters Courtney Barnett and Kurt Vile (Figure 4) collaborated in 2017 on a song entitled Over Everything [6], which describes tinnitus as follows:

The implied regret and present need to protect hearing resonate with recent reports of musicians with hearing loss, and the campaign of the British Tinnitus Association to make hearing protection a norm in music performance settings (‘Plug Em‘ [7]). 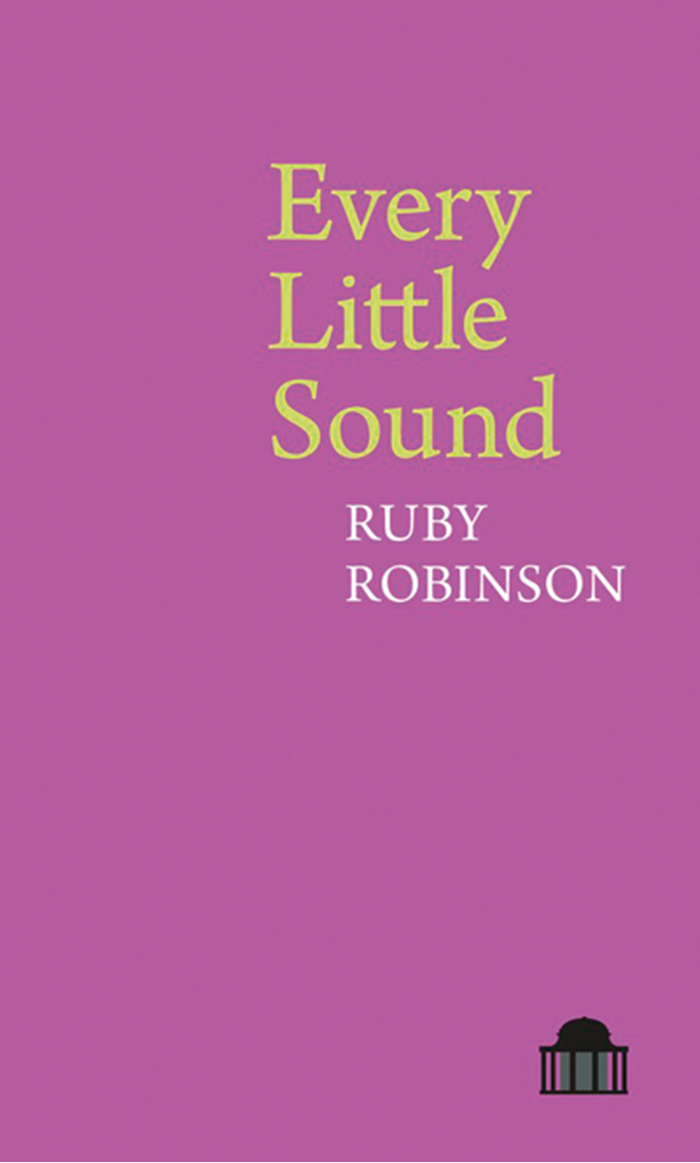 Hyperacusis (decreased sound tolerance) has received less attention in the arts, but a new poet has used her experiences of hyperacusis as a theme within her work. Every Little Sound is a volume of poems (Figure 5) published by Ruby Robinson in 2016 [8], and in several of the pieces her reduced tolerance of sound is used as an image of emotional pain. Uniquely for me, Ms Robinson and I spoke after these poems had been written, and as she was compiling her book, we discussed the concept of ‘internal gain’, which became a theme with which she wanted to open the book. Art speaking to science, and science reflecting, and speaking in reply: these are valuable conversations indeed.

There are many references to and descriptions of hearing, tinnitus, and hyperacusis in the arts, including literature, film, music, and painting.

David Baguley is the current President of the British Tinnitus Association. He has performed paid consultancy of tinnitus, acted as an expert witness, and receives royalties for books written and edited on hearing, tinnitus and hyperacusis. This research is funded by NIHR, but the opinions here in are the authors own, and do not reflect those of NIHR nor the NHS. 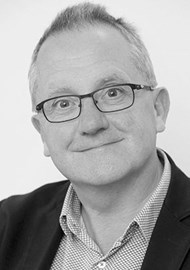