A detailed look at the pathogenesis of acquired hearing loss due to exposure to ototoxicity during pregnancy or shortly after birth.

Insights from genomic medicine have shown that, along with environmental factors causing epigenetic alterations, hearing loss may be caused by gene mutations in the majority of infant cases. Although some drugs may cause reversible ototoxicity, there are medicines including chemotherapeutic platinum derivatives such as cisplatin, and antibiotics, such as aminoglycosides including tobramycin, plazomicin, amikacin, streptomycin, and gentamicin which can cause permanent or irreversible hearing loss in certain susceptible individuals at high risk due to particular gene variants. 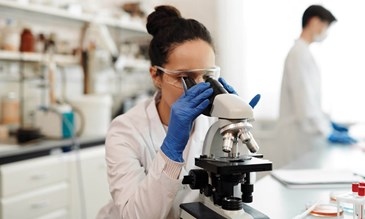 In terms of prevention, these variants can be detected by pharmacogenetics. This enables the administration of alternative drugs which circumvent severe adverse drug reactions that can lead to complete and irreversible hearing loss. Pathogenesis of acquired hearing loss may be caused by gestational or neonatal exposure to ototoxic environmental factors, including infections caused by viruses, prematurity and ototoxic drugs including loop-diuretics, such as furosemide and some agents of the category of nonsteroid anti-inflammatory drugs such as cisplatin, gentamicin, etc. The below explanation looks at this in more detail.

The pathogenic mechanism of hair cell death in sensorineural deafness by the platinum derivative and the aminoglycoside is mediated by the generation of reactive oxygen-species (ROS) which is linked to epigenetic modifications, including histone acetylation [1]. Histone deacetylase (HDAC) inhibitors might protect the cochlear hair cells from damage caused by aminoglycosides demetylation regulators of the histone-H3 K4 consisting of epidrugs, such as inhibitors of the lysine specific demethylase-1 or LSD1, and can prevent sensorineural hearing loss induced by cisplatin [2].

Another epigenomic component consisting of non-coding RNA genes including miRNAs that block translation of mRNA transcripts may be implicated in oxidative stress responses involving noise-induced hearing loss (NIHL). Furthermore, mutations in MiRNA-96 have been associated with progressive sensorineural hearing loss [3]. Thus, epidrugs including antagomirs may be used in trials for downregulating miRNA-96 in the hair cells of the inner ear.

Generally, ROS may contribute to the pathogenesis of hearing loss and other diseases by epigenomic modulation of DNA and histone modifications, non-coding RNA genes, such as lncRNAs or miRNAs, and ATP-dependent chromatin remodelling, which may influence disease-related nuclear and mitochondrial gene expression. Hereditary heterozygous mutations in protein-coding genes have been linked to epigenetic modifications, including DNA methylation, histone modifications and chromatin remodelling. For instance, hereditary sensory neuropathy type IE or HSN1E, and autosomal dominant cerebellar ataxia, deafness and narcolepsy (ADCADN) have been linked to mutations in DNA methyltransferase gene DNMT1 in sensorineural hearing loss. Weaver and Sotos syndromes have been associated with mutations in histone methyltransferase genes EZH2 and NSD1 respectively in conductive hearing loss due to anomalies in the external area or ossicles in the middle ear. Kleefstra and Kabuki Syndromes have been linked to mutations in histone methyltransferase genes EHMT1 and KMT2D respectively in sensorineural and conductive or mixed hearing loss.

Furthermore, Genitopatellar syndrome or GPS and Say Barber Biesecker Variant of Ohdo-syndrome have been associated with mutations in the histone acetyltransferase gene KAT6B in sensorineural hearing loss, and Charge syndrome has been linked to chromatin remodeler gene CHD7 in sensorineural hearing loss due to malfunctions in inner ear structures including cochlea or auditory nerve [4].

Sporadic cases of hearing loss refers to an affected single family member, and the familial type refers to hearing loss running in a family. Hundreds of genetic factors have been implicated in the pathogenesis of hearing loss due to mutations in dominant and recessive disease-related genes including the gene that encodes connexin 26. There is also inheritance transmitted by other patterns. There is the syndromic hearing impairment affecting approximately the one fifth of prelingual hearing loss cases that are associated with malformations of the external ear or medical problems of other organ systems. Nonsyndromic hearing impairment, which affects the remaining four fifths of the prelingual hearing loss cases, are not linked to any visible anomalies in the region of the external ear or any associated medical issues.

“The implementation of the genomic medicine practice in audiology may lead to personalised and precision approaches involving diagnosis, prevention, monitoring and treatment”

Genetic counselling is extremely important for providing patients and their genetic relatives with information involving the nature of hearing loss, inheritance patterns and implications of this genetic and epigenetic disorder so they can make a nondirective and non-judgemental informed decision about their personal lives. Thus, it requires genetic risk assessments, taking of family history for the last three generations and genetic testing for clarifying the genetic status of their genetic relatives.

Furthermore, the clinical phenotype has to be correlated to the disease-related genotype which is targeted by gene panels leading to clinical personalised actionability. For this reason, there are available point of care genetic tests, microarray DNA chips, and next-generation sequencing (NGS) methods consisting of whole genome sequencing (WGS) covering protein-coding genes and non-protein-coding genes, whole exome sequencing (WES) covering all the protein-coding genes of the exome and targeted gene panels which are related to hearing loss. All these tests are very important because it is imperative to identify as early as possible a syndromic hearing loss (SHL) which is characterised by an auditory independent pathway involving a diverse number of body systems that require immediate surveillance for monitoring the possible manifestation of non-hearing complications or detect a non-syndromic hearing loss (NSHL) which is found in the majority of congenital cases and it is not associated to any extra auricular features; it must be confirmed by the characteristic disease-related genetic mutations for implementing the appropriate healthcare management for the auditory system, while genetic relatives must be approached for counselling.

Thus, the implementation of the genomic medicine practice in audiology may lead to personalised and precision approaches involving diagnosis, prevention, monitoring and treatment, offering the right healthcare management to the right patient at the right time following the five Ps of medicine. 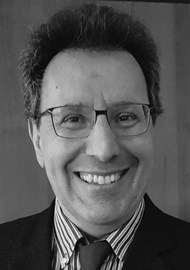