The re-routing of sound from the deafened ear to the hearing ear has been the mainstay of rehabilitation for SSD for many years. Both hearing aid and bone conduction technology have undergone significant advances over the past decade. This article by Tom Martin examines recent advances and directly compares the expected benefit of each system.

There have been two approaches taken to the rehabilitation of unilateral sensorineural hearing loss: bone and air conduction. Both these rehabilitation techniques – in contrast to cochlear implantation discussed below – aim to improve auditory function by direction of sound from the deaf ear to the hearing ear.

Thus both methods are essentially ‘CROS’ (contralateral routing of sound); the difference lies in the type of routing (bone vs air conduction). For simplicity, the former will be described as ‘BCROS’, the latter as ‘ACROS’. In recent years, both technologies have developed significantly, improving their acceptability to patients in different ways:

Even if the days of unsightly abutments and clumsy wired devices are numbered, the audiological benefits of both systems remain limited and equal. If unilateral sensorineural hearing loss affects three aspects of normal hearing (head shadow alleviation, speech-in-noise discrimination and sound localisation), both systems are most effective at rehabilitating the first while remain ineffective at treating the third. The improvement of speech-in-noise discrimination is more complicated, but predictable. In most studies, both systems offer some benefit over the unaided condition in testing situations where noise is presented to the better hearing ear while speech is presented to the deaf ear.

On the other hand, if noise is presented to the aided dead ear, speech discrimination tends to be less than that seen in the unaided condition: this tends to be exacerbated by ACROS where there is an attenuation of normal hearing by an in-the ear hearing aid. In the real-world situation, most users will position themselves in such a way that their better hearing ear is directed to speech and away from noise; aiding with a CROS device is likely to be more negative in effect than positive.

“Clinicians and audiologists must carefully interrogate patients about their expectations and hopes with respect to rehabilitation and ensure that these are not unrealistic.”

The limitations outlined above must be clearly articulated to any patient being offered a CROS device, particularly if surgery is involved. It is natural for patients with a disability to assume that their handicaps will be rehabilitated in full. The relative benefits of both systems would seem to be similar in terms of hearing rehabilitation. A recent pilot study comparing audiological and subjective measures in patients previously fitted with BCROS and not yet exposed to ACROS found equivalent levels of speech-in-noise discrimination and head shadow alleviation with no significant difference in subjective patient benefit for the two systems (Bern Benefit in Single-Sided Deafness Questionnaire and Speech and Spatial Qualities of Hearing questionnaires) [1].

A slight benefit for BCROS was found in speech-in-noise hearing if noise was presented to the deaf ear, presumed to be due to occlusion of the hearing ear. On the other hand, ACROS wearers reported slightly higher perceived sound quality with the device in comparison to BCROS. The conclusion of this study was that an ACROS system should be the first line of treatment due to reduced invasiveness and lower cost.

If the audiological benefits of CROS systems are similar, in what ways do they differ? An important difference is comfort; BCROS avoids the necessity of occlusion of the better hearing ear, but can (particularly if an abutment is employed) lead to problems with wound healing, skin overgrowth and a requirement for frequent cleaning of the abutment site. In favour of ACROS, the system can be easily removed and used only when required.

A recent study of elderly patients using BCROS devices found that the device was used for more than eight hours a day by only 36% of those fitted [2]. Cost is also an important consideration; surgically-implanted BCROS devices are considerably more expensive than ACROS equipment both in terms of unit cost and also with respect to the surgical costs of implantation.

Neither ACROS nor BCROS offer perfect rehabilitation for patients with unilateral sensorineural hearing loss. Clinicians and audiologists must carefully interrogate patients about their expectations and hopes with respect to rehabilitation and ensure that these are not unrealistic. The primary benefit offered by both devices is alleviation of the head shadow effect and this should be stressed. Sound localisation and real-world speech-in-noise hearing are unlikely to be improved. In view of invasiveness and cost, ACROS systems should represent first line treatment with BCROS reserved for those who cannot tolerate ear canal moulds. 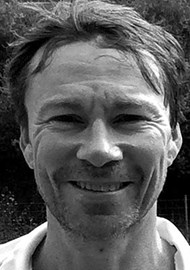