Anatomy of the paranasal sinuses and skull base, and breaking the paradigms in severe spontaneous epistaxis

It is a true honour to participate as an invited faculty member at the upcoming BACO International meeting. As a keynote lecturer, I am covering a topic of great interest for all rhinology and skull base surgery enthusiasts: ‘Anatomy of the paranasal sinuses and skull base’.

One could argue that the anatomy of the paranasal sinuses and skull base is not exactly the newest or most recent theme in ENT. Furthermore, we are in the era of technological advancements, so why should one study anatomy so closely if recent technological advancements have made it possible to navigate the patient’s actual anatomy at the same time of the live surgery? In theory, intraoperative navigation could help surgeons to operate, even without holding so much knowledge of the anatomy. Well, besides the fact that anatomy is more than fascinating in its own right, truly mastering this subject is a crucial precedent for any given surgeon. Although intraoperative image guidance systems have increased the safety and accuracy for many procedures, they are not a substitute for a deep knowledge of the anatomy in the region to be operated on, and relying on such gadgets to perform surgery is a major sign that something is not right. Finally, it is also well-acknowledged that great surgeons are usually great anatomists, and vice-versa.

“BACO International 2018 is a promising meeting that should not be missed. It will provide unparalleled academic, instructional, and practical sessions – an advantageous combination that is peculiar to BACO.”

So, the question that should be asked by those who want to become good paranasal sinus and skull base surgeons is: How can I improve my anatomical knowledge of such a complex area? There is no simple answer to this question – anatomical knowledge is built with time, experience, and oftentimes, with some mistakes. Of course, reading anatomy books and dissecting human cadavers are worthy endeavours and essential to this task. However, the ability to correlate anatomical images and radiological scans with surgical videos and snapshots is probably the best way to boost your learning curve. In my keynote lecture my intention is to add some knowledgeable advice to this process.

I will also talk about ‘Breaking the paradigms in severe spontaneous epistaxis’. This is another theme that fascinates me. Since the beginning of my career, many concepts have evolved and shaped the way I approach patients with severe spontaneous epistaxis. Although we all know that sphenopalatine artery cauterisation is the standard surgical procedure in such cases, I ask myself: how often have I seen the main trunk of the sphenopalatine artery bleeding in patients with spontaneous epistaxis? What intrigues me is that I have seen this happening only when the vessel was surgically injured, intentionally or unintentionally, but not in spontaneous cases. It is hard to imagine why a so-well-protected and thick artery would spontaneously bleed. In answer to this question, we have observed that many cases of severe spontaneous epistaxis usually derive from a specific mucosal area, within the nasal septum. Cauterisation at this point, which will be detailed in my lecture, is usually more than sufficient to control the bleeding, making the procedure simpler, faster and much more effective.

“The ability to correlate anatomical images and radiological scans with surgical videos and snapshots is probably the best way to boost your learning curve.”

BACO International 2018 is a promising meeting that should not be missed. It will provide unparalleled academic, instructional, and practical sessions – an advantageous combination that is peculiar to BACO. Besides that, it is a unique moment for networking and meeting good friends. I hope we can meet there and that you become as fascinated with anatomy and the surgical management of epistaxis as I am!

This article is co-written by Dr João Mangussi-Gomes, MD, MSc.

Examples of surgical misadventure involving the facial nerve, inner ear, brain and venous drainage system within the temporal bone are presented in the hopes that in their detailed analysis this may help prevent further harm to patients undergoing ear surgery. The rigor of what should be involved in attaining informed consent for a surgical procedure (though seemingly dull) provides a prescient example of the burden placed on those doing surgery. Though surgical misadventure is generally considered to be most likely cause for a complication arising, the apocryphal case of unintended preparation solution ototoxicity raises awareness that something seemingly so banal can have disastrous consequences when used inappropriately.

“The apocryphal case of unintended preparation solution ototoxicity raises awareness that something seemingly so banal can have disastrous consequences when used inappropriately.”

Though most vertigo (defined as an hallucination of movement) arises from disorders involving the peripheral vestibular system (inner ear and vestibular nerve) every so often an individual will present with vertigo / imbalance from a central cause. Suspicion for a central cause is heavily based on the history and findings on the initial physical examination that typically predate imaging studies. Being able to distinguish between a vestibular neuronitis and those with a hemispheric cerebellar infarction can often be difficult on clinical grounds as one example. Data from the University Health Network Multidisciplinary Neurotology Clinic is presented which discusses the common types of central pathology seen causing dizziness. Videos demonstrating central eye movement abnormalities and nystagmus reveal physical evidence for CNS pathology, and when recognised, press the need for further investigation. In many instances patients with central vestibular dysfunction often present with significant complaints of generalised ‘dizziness’ and imbalance.

The recently described phenotype of cerebellar ataxia with bilateral vestibulopathy (CABV) and cerebellar ataxia with neuropathy and vestibular areflexia syndrome (CANVAS) is presented in detail, in conjunction with the histopathologic evidence suggesting the role for a selective central ganglionopathy in its presentation.

I am honoured to be invited as faculty at the BACO International 2018 meeting to be held in Manchester, July 4-6, 2018 where I will be involved in deliberations on early oropharyngeal cancers and sinonasal tumours.

HPV mediated oropharyngeal cancers seem to be rising in epidemic proportions in the Western world. From metastasis of unknown origin to lateralised limited oropharyngeal tumours, the traditional treatment methods are fraught with morbidity both short and long term. The past decade has thrown up interesting information on the biology of these tumours. These cancers seem to be curable with less intensified treatments. Minimal access surgery and robotic surgery have evolved to tackle these early cancers with improved cure rates while reducing toxicity of concurrent chemoradiotherapy.

The next few years will see evidence emerge from randomised controlled trials looking at reducing intensified therapy and rationalising the subset which will benefit from current therapies. What is the role of minimal access in management of early oropharyngeal cancers? From robotic to endoscopic surgery, which modality optimally reduces cost while maintaining oncologic outcome? What is the future of management of early oropharyngeal cancer? This interesting session at BACO endeavours to provide an in-depth understanding of the disease biology of HPV mediated poropharyngeal cancers and their state of art management.

“This interesting session at BACO endeavours to provide an in-depth understanding of the disease biology of HPV mediated poropharyngeal cancers and their state of art management.”

Sinonasal malignant tumours are a distinct entity. They are rare tumours, occurring in less than 3% of patients. They have diverse histology. Most tumours are non-squamous contrary to our belief. They are node negative in their manifestation and are predominantly subcranial. They often present dramatically with nasal bleed, nasal obstruction or with proptosis. Diagnosis in early stages is often missed due to lack of suspicion in unilateral nasal obstruction. These tumours being of diverse histologies need a proper management strategy beginning with sound diagnosis with immunohistochemistry as well as molecular markers. Surgery remains the mainstay of treatment. However minimal access surgery has made great inroads as a suitable option. Separating the transcranial from the subcranial tumours guides towards selecting an approach for a complete clearance. Subcranial tumours are predominantly suitable for transnasal endoscopic resection, while even in transcranial tumours minimal access can be employed in combination with conventional surgical techniques.

“Sinonasal tumours, being of diverse histologies, need a proper management strategy beginning with sound diagnosis with immunohistochemistry as well as molecular markers.”

Some of these tumours are distinctly chemosensitive and can benefit from a multimodal therapy balancing optimal oncologic control with preservation of form and function. What are the treatment modalities that have evolved over the past few years? What is the optimal treatment plan for these tumours today? This session at BACO will clear your concepts in the management of sinonasal tumours.

BACO International 2018 promises to be a meeting which will bring together over 1500 delegates for three days of keynote, plenary and instructional sessions. BACO focuses on practical surgical demonstrations, cadaveric sessions as well as the popular clinical skills training centre. I look forward to welcoming you and to making new friends and renewing old ties in Manchester. 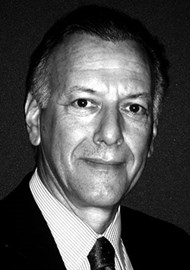 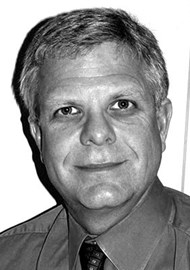 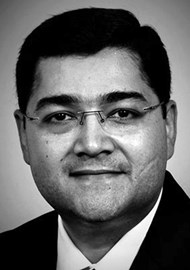