The management of microtia and atresia has evolved significantly. Ossama Abdelhamid and Amr Abdelhamid explain how a multidisciplinary approach has become standard, with the aim of delivering individualised assessment and intervention that should target functional, structural, cosmetic and psychological aspects of the patient’s care.

Abnormal development of the external ear can have many consequences, particularly on child development. It can lead to hearing loss, affecting communication and education, but can also have cosmetic, social and emotional implications that are equally important to address.

Microtia is a congenital abnormality affecting the pinna, with incidence estimated around 1:60000 live births. It is unilateral in 90% of cases and can be associated with complex craniofacial abnormalities such as Treacher Collins syndrome, whilst external canal atresia is the failure of the development of the external auditory canal and is present in nearly 80% of microtia cases. Various classification systems have been described for grading of microtia and canal atresia. The most widely used classification is the one originally described by Weerda and simplified by Aguilar (Figure 1). Aural atresia on the other hand is classified into stenosis, partial atresia or complete atresia, and is usually associated with some degree of underdevelopment of the middle ear structures. On the other hand, the inner ear is usually normal since it is of a different embryological origin.

The management of microtia and atresia has changed over the years, and not just from a surgical perspective. A multidisciplinary approach has become the standard of care in management of these complex conditions, with the aim to deliver individualised assessment and intervention that should target the functional, structural, cosmetic and psychological aspects of the patient’s care.

External ear reconstruction surgery dates back to India and the Susruta Samhit, an ancient Sanskrit text on medicine and surgery. In Europe, it dates back to 1597 when the Italian surgeon Tagliacozzi described a technique using skin flaps. The use of costal cartilage for reconstruction began in 1920 with Gilles using maternal costal cartilage. Then, in 1959, Tanzer published a six-stage technique using autologous rib graft, which is considered by many the start of the modern era of reconstructive ear surgery. His technique was then modified and refined by Brent, producing consistent results in large series of cases. Then the use of synthetic implants for reconstruction was first described by Cronin in 1968 and developed along the years, where currently the implant used is a porous polyethylene implant which offers less complication rates of extrusion.

Another alternative is the use of prosthetic implants which are made of silicone rubber and can be customised for each patient in terms of shape and colour. This offers a very favourable cosmetic alternative with minimal morbidities compared to other reconstructive methods. These implants can either be attached with adhesives, which has the disadvantage of skin irritation, or clipped magnetically to implanted titanium screws based on the phenomenon of osteointegration, where a direct and functional connection develops between the bone of the patient and the implant.

The advantages of this method over skin adhesives are that it offers extended implant life, less skin adhesive irritation, is less time consuming, and makes implant cleaning easier for patients. However, the disadvantages with this attachment are that it necessitates complete ablation of normal tissue, therefore making other forms of reconstruction impossible thereafter. It is also a lifelong commitment, with the prothesis needing to be replaced as the patient grows older.

Reconstruction with autologous rib cartilage is regarded in many centres worldwide as the gold standard in microtia reconstruction. Recently, the use of 3D‑printer technology has revolutionised the reconstructive process. It allows development of patient-specific 3D models to be used for simulation and preoperative planning, acting as an accurate method for sculpting of the autologous grafts and aiming to achieve pleasing aesthetic outcomes.

Babies and children presenting with hearing loss secondary to atresia should be offered bone conduction hearing devices, initially with soft head bands (child BAHA) then more stable implantation around the age of five years. Great care should be taken when implanting the devices so that inappropriate access incision or implant positioning doesn’t compromise further ear reconstruction which is usually carried out at a later age. This highlights the importance of MDT and liaising with the implantation otologist and the reconstructive surgeon.

An alternative option for hearing restoration in canal atresia is performing canaloplasty. However, there has been a change where surgeons have moved away from doing this procedure, reserving it for canal stenosis rather than partial or complete atresia because of unsatisfactory hearing outcomes as well as the high rates of re-stenosis.

For many years, bone conduction hearing devices were the devices used for hearing rehabilitation. However, with the advances in technology and emerging of middle ear implants, it has become an option for children with atresia. Similar to transcutaneous bone conduction devices, middle ear implants have an internal and external component, but the inner component transmits the mechanical vibrations to middle ear structures. In the vibrant sound bridge by MED-EL, these vibrations are produced by an electromagnetic element called the floating mass transducer (FMT), which is attached to the stapes or incus, or placed against the round window membrane. Therefore, if used in atresia patients, high resolution CT scanning is mandatory to rule out associated middle ear anomalies and should not be used if the middle ear appears dysplastic or poorly aerated on imaging. 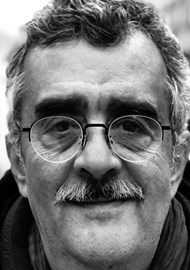 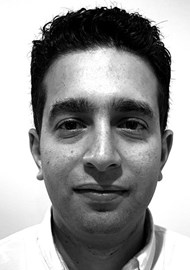