Patron saints of the ear
By John Riddington Young

We all know that ear symptoms include hearing loss, vertigo, tinnitus and otalgia, but did you know there are patron saints for all these symptoms? John Riddington Young shares an overview of the patron saints of the ear, inspired by his recent trip to Cyprus where he learned about St Mamas.

Within the Christian faith, patron saints are particularly important in the Roman Catholic and Orthodox Churches. There are patrons for all parts of the body and most diseases. With regard to ENT, there are at least 56; including headache (for which, believe it or not, there’s a St Aspren).

For the ear, there are Saints Mamas, Louis, and Conon (of Naso) but other saints have specific responsibility for deafness; these are Saints Cadoc of Llancarfan, Francis de Sales, Ovidius, Drogo, Mériadec and Audoin. Perhaps surprisingly, there is only one patron for vertigo: St Ulric. St Polycarp and St Cornelius preside over the subspecialty of otalgia.

When on holiday in Cyprus, we came upon the St Mamas Church in Guzelyurt. The guide (who insisted we see his model of the nearby mosque made out of matchsticks) told me three different stories about the life of the boy martyr, Mamas.

The first tale tells of young Mamas who was arrested during a purge on Christianity and subjected to cruel tortures. The Roman authorities tried to drown him, but an angel rescued him from the river and carried him to Mount Argeus, a high wild mountain, where he developed a remarkable ability to communicate with wild beasts. They gathered outside his cave and listened to him reading the Holy Gospel. Mamas drank the milk of wild goats and deer and became well known for his cheese, which he gave to the poor. The governor, however, heard of this and sent soldiers to re-arrest him. When he invited them into his cave for refreshment, they mistook Mamas for a poor shepherd. He was arrested, but Mamas told the soldiers to go ahead of him to Caesarea, giving his parole that he would soon follow. The soldiers acceded and waited for him at the gates of the city. They were flabbergasted when Mamas arrived there riding on a lion and carrying a lamb. He had evidently seen the lion attacking the lamb and asked it to stop. 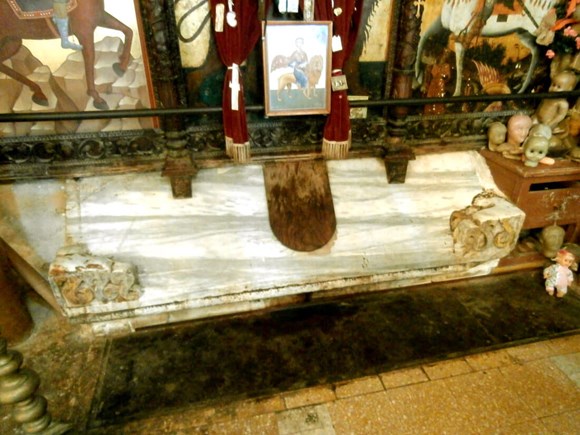 The governor threw Mamas to more lions in the arena, who would not touch him, because they had been his friends when he lived on the mountain. Finally, one of the pagan priests killed him with a trident.

The next fable is very similar but, at the end, Mamas’s family placed his martyred body in a marble coffin and buried him at sea. The coffin, swept by the tide, made its way (through the Bosphorus and half across the East Mediterranean!) to make landfall in Cyprus, where it was discovered by a humble man. With the help of two oxen and his four sons, he tied a rope around it and tried to pull it ashore for burial. The casket was eventually moved with great difficulty and effort and, when it could be dragged no further, a church was built round it.

“The duke was so impressed that he decided to exempt him from paying taxes for the rest of his life, since which time Mamas has also been the patron saint of tax avoiders”

In the last version, (and my Turkish guide’s favourite variation) Mamas was not Anatolian, but a native-born Cypriot, who lived in a cave. The duke of the time demanded taxes, but Mamas refused to pay, pointing out that he lived in a cavern and did not take advantage of any civic amenities. The duke duly sent soldiers to arrest Mamas. As they were bringing him in, they encountered an aggressive lion which was about to tear apart a lamb. Mamas saved the lamb from the lion’s jaws and then climbed upon its back carrying the lamb in his arms. He rode through the city gates on the lion’s back. The duke was so impressed that he decided to exempt him from paying taxes for the rest of his life, since which time Mamas has also been the patron saint of tax avoiders. 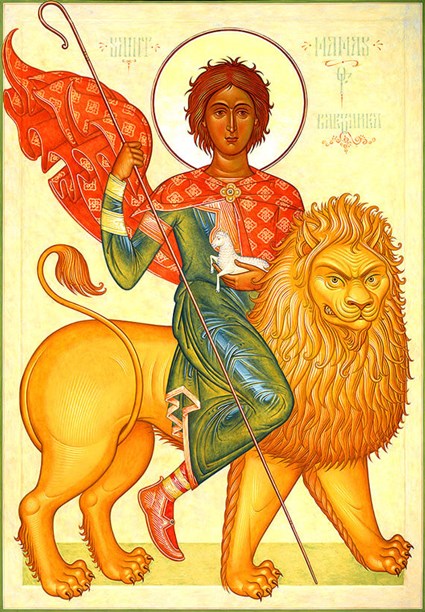 Figure 2. Contemporary icon of St Mamas (2017) by Father Silouan Justiniano.
The saint is traditionally represented iconographically as a very young, beardless lad,
sitting on a lion’s back and carrying a lamb. Image from Orthodox Arts Journal.

The question remained however, during all these interesting legends: there is no reference to the ear. Why should Mamas be chosen as the patron saint of diseases of the ear?

Legend has it that during the Ottoman rule, believing there was treasure hidden in the marble coffin, the Turks bored holes into Mamas’s sarcophagus, through which a sort of nectar oozed out. This balm was said to give protection against earache (as well as the ability to calm stormy seas).

During our visit, our guide lifted a wooden cover (which bore a striking resemblance to a WC lid), on the top of the white marble slab. He inserted his finger into the hole and pulled it out covered in an oily substance. He then stuck this digit in his ear, inviting me to copy him and do the same. I did this and have to admit that I have never suffered from otalgia since!

Cadoc was born a Welsh prince around 500 AD. He was son of King Gwynllwg the Bearded and Gwladys, the daughter of King Brychan of Brycheiniog. His father wanted him to be a soldier, but Cadoc chose the monastic life and founded a monastery at Llancarfan, which became one of the most important monasteries in Wales. He travelled extensively visiting not only Scotland and Ireland but also the Holy Land and Rome.

His principal association with deafness, however, is with the Isle of St Cado in Brittany. Here in the oratory is a large stone construction, known as the bed of St Cado, with a cavity in its side into which, with difficulty, the sufferer squeezes his head and shoulders, pressing his ear against the ‘bed.’  After completing this, the supplicant then walks the nearby Fontaine de St Cado, where he drinks some water and puts some in his ear(s). It is then that the improvement in auditory acuity will occur (or his hearing will be protected against any future deafness). 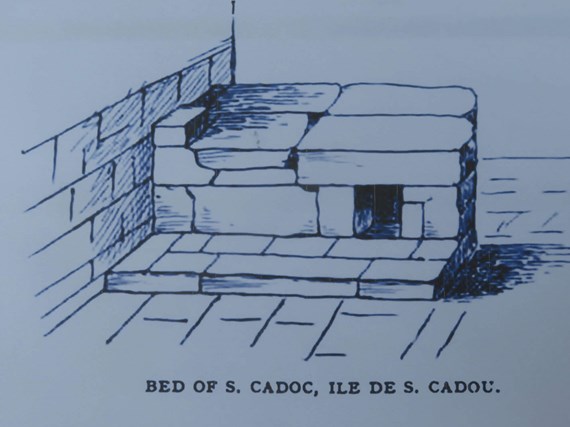 Figure. 3. The Bed of St Cadoc is a large stone construction inside the chapel with a cavity in
its side into which, if the sufferer squeezes his head and shoulders, any deafness will be cured.

Another association of Cadoc with deafness is the story of St Gildas’s bell. Gildas and Cadoc were friends and on a visit to Cadoc on his way to Rome, Gildas showed him a bell, which was his present for the Pope. Cadoc fell in love with this bell and begged Gildas to sell it to him. His friend refused but, on reaching Rome, the bell refused to ring when shaken by the Holy Father. Gildas told the Pope the story and when he heard this, he told Gildas to take it back to Cadoc. When Cadoc received it, he shook it with joy, whereupon it rang out loudly.

“The supplicant then walks the nearby Fontaine de St Cado, where he drinks some water and puts some in his ear(s)”

This same old bell was used to treat deafness and tinnitus for many years in St Mériadec’s Chapel at Stival in Brittany. It was first rung above the sufferer and then placed on top of his head. When it was then taken off, either the deafness would have been be cured or the tinnitus would have disappeared. This practice went on until as recently as 2009, when the bell was stolen during a robbery of silver from the chapel. Other patron saints for deafness include St Ovidius (who is also known as St Auditus). Under the base of the sepulchre in Braga Cathedral, Portugal, there are two holes, into which deaf supplicants would slip their fingers before sticking them into their ears. St Francis de Sales invented a form of sign language by which he could teach a deaf mute about Christ.