The role, aims and organisation of the 2017 IFOS World Congress
By Chong Sun Kim

IFOS is a truly international organisation – indeed, its rules state that the Executive Committee must have representation from every continent. IFOS President, Chong Sun Kim, tells us more.

Dear friends and colleagues, I am very pleased to welcome all of you to the 21st International Federation of Oto-Rhino-Laryngological Societies (IFOS) World Congress, to be held June 24-28 2017 in Paris, France. It seems only recently that we organised the IFOS World Congress in Seoul in June, 2013.

We Korean organisers had a difficult time due to a North Korean provocation right before the congress but, despite this, we have successfully arranged the event. Whilst sadly terrorist attacks do intermittently continue around the globe, my feeling is that there is no safer place than Paris for this next congress. 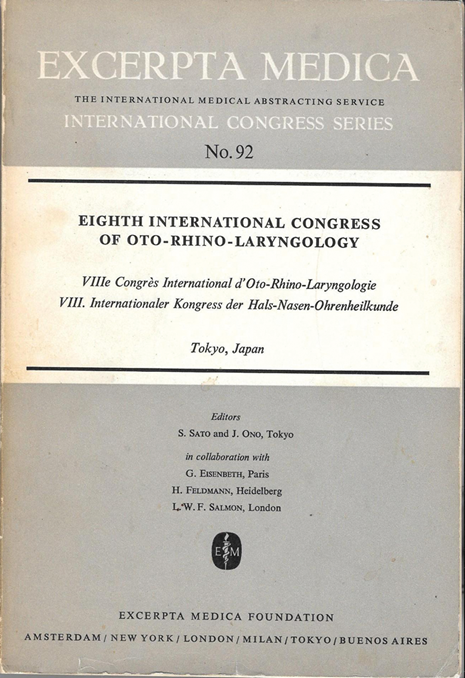 Cover of Abstract book of 8th International Congress of Oto-Rhino-Larynology in English, French and German language in Tokyo, Japan, in 1965.

On behalf of the members of IFOS, I would like to congratulate the President of the Congress, Bernard Fraysse, the General Secretary, Frederic Chabolle, PCO and all members of the organising committee of the 2017 Paris IFOS World Congress for their tireless work in establishing scientific and social programmes under the main theme of ‘Diversity, Innovation, and Evaluation’ over the past few years. I am so pleased that we are expecting close to 7000 attendees and 180 exhibitors. There will be more than 1500 presenters in over 400 scientific sessions. The scale and quality of the programmes looks to be one of the best in IFOS history.

IFOS is a nonpolitical organisation representing over 50,000 otolaryngologists from 120 member countries. The history of IFOS goes back to 1928 when the first International Congress of Oto-Rhino-Laryngology was held in Denmark, Copenhagen, with subsequent congresses being held on alternating continents every four years. The name was changed to IFOS for the eighth Congress in 1965 in Tokyo, Japan.

The main objectives of IFOS are to promote the advancement of ORL-HNS, to support close international relationships among otorhinolaryngologists, to encourage coordination among national and other international organisations, and to make information available relating to ORL-HNS societies and faculties throughout world. 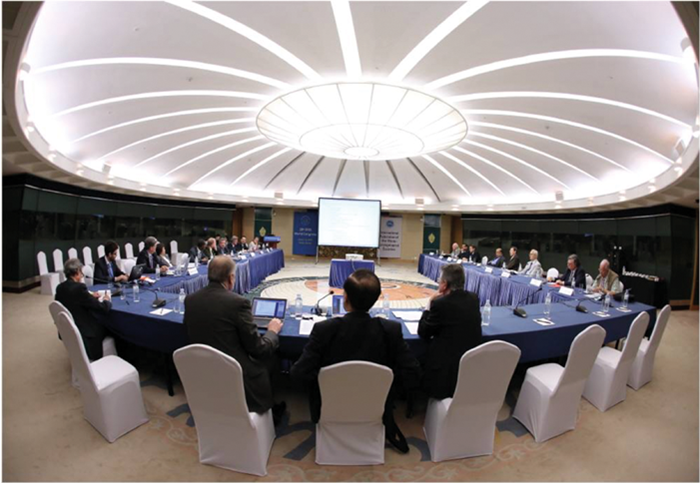 IFOS Board Meeting at the Seoul IFOS World Congress in 2012.

The most important objective of the IFOS World Congress is to invite most of the current world experts and specialists to present and discuss their cutting-edge research and knowledge in the keynote, plenary, round table, panel and symposium sessions covering seven subspecialty divisions. Delegates from all over the world have the opportunity to meet those experts during the congress to exchange knowledge and raise specific questions. The congress will afford all an optimum opportunity for personal networking.

The membership of IFOS has been open to any national ORL-HNS society since its inception. The IFOS Board consists of the President, Vice-President and General Secretary and the conference is governed by a General Assembly which meets once every four years during the World Congress, at which time it selects a site for the next meeting and elects an Executive Committee to meet yearly and handle IFOS business in between meetings.

The Executive Committee currently consists of 18 members who are elected for a four-year term, renewable only once. At least two of its members must be from each of the following continents or regions: Africa and the Middle East, Central and South America, East Asia, North America, and South and West Asia. At least four members should be from Europe and one from Oceania. 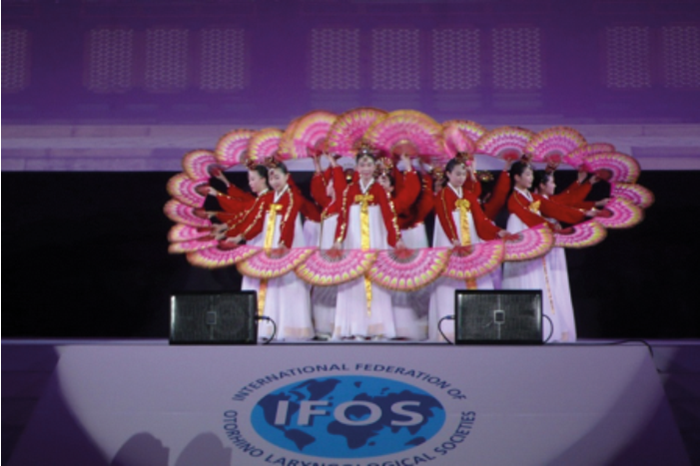 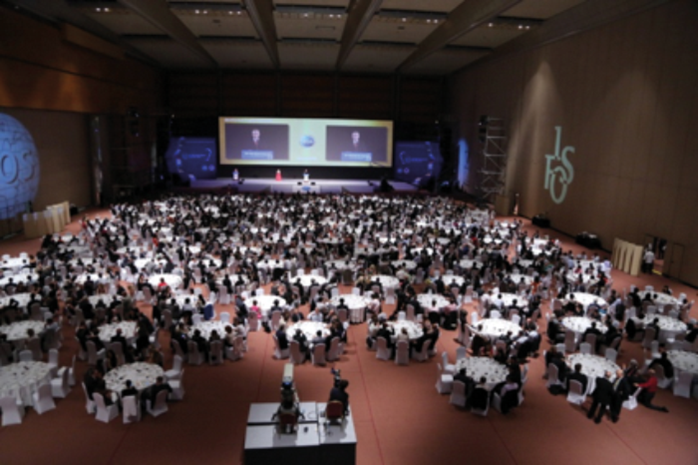 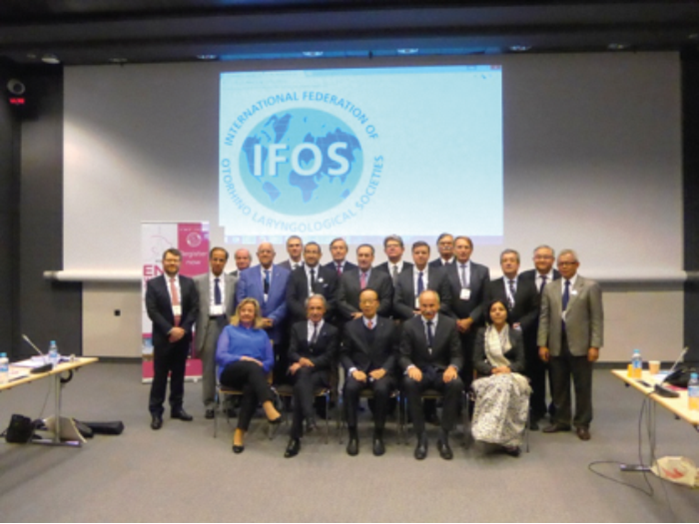 IFOS Executive Board Meeting on 8 October, 2016, in Paris.

IFOS has two types of committee: Standing and Ad hoc. The role of the Standing Committee is integral to the structure and management of IFOS. There is also an Audit Committee, Budget Committee, and Credentials Committee (also known as the Nomination Committee). Ad hoc committees can be appointed as needed.

One of the highlights of this year’s Congress will be the nine preliminary courses provided by various institutions in cities throughout France:

We are awarding free registration and two tickets for the networking evening at Musee du Louvre to the winner of the ENT World Video Contest.

The hosting city for the 2021 IFOS World Congress will be selected by vote. Each member country may cast one vote at the General Assembly meeting on June 27, 2017. We have the largest number of bidding countries in our IFOS history. There are five candidate cities bidding to host the IFOS World Congress in 2021: Dubai (UAE), Marrakesh (Morocco), Yokohama (Japan), Vancouver (Canada), and Buenos Aires (Argentina). Japan and Argentina each hosted the IFOS World Congress in 1965 and 1977 respectively. The Site Visit Team inspected those five cities following the bidding regulations: ORL-HNS society, supporting government organisations, PCO, convention facilities, accommodations / hotels, safety, travelling, social programmes, and promotion system in each society.

I sincerely hope all IFOS members will participate in the 2017 IFOS World Congress in Paris to deepen their expertise and to strengthen their professional networks. The location also allows participants to appreciate the cultural heritage and magnificent atmosphere of this beautiful city and country.

We are looking forward to meeting you in Paris soon! 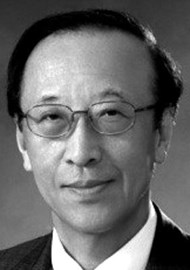