What’s happened since the European position paper on nose and sinus tumours?
By Valerie Lund

The management of malignant sinonasal tumours has gone through radical changes in recent years. Prof Valerie Lund gives us an update based on her upcoming talk at IFOS.

In 2010 when we published the European position paper on ‘endoscopic management of tumours of the nose, paranasal sinuses and skull base’ [1], it was the first attempt to bring together all disciplines involved in the care of these rare and difficult problems, to critically examine the literature on endoscopic management and encourage the prospective collection of data to improve our patients’ care. At that time, there were few large long-term studies and most inevitably consisted of a heterogenous mix of histologies which did not lend themselves to robust statistical analysis.

Since then, there have been a number of publications from well-established centres providing a much larger cohort of patients and their outcomes [2-4]. These have confirmed that with careful patient selection, an endoscopic approach (either alone or in combination with a formal craniofacial approach) can give patients similar survival, usually with reduced hospital stay and morbidity, as well as improved quality of life.

Endoscopic techniques have demonstrated the origin of tumours, clarified the need for adjunctive treatments and challenged the concepts of ‘en bloc’ resection [5]. They have allowed a critical examination of potential field change (surprisingly rare in adenocarcinoma [6]) or questioned the need for mandatory resection of olfactory bulbs and tracts in olfactory neuroblastoma [7].

Routine endoscopy and imaging is almost certainly bringing sinonasal tumours to earlier attention as well as demonstrating early recurrence. With appropriate patient selection, excellent five-year overall and disease-free survival can be anticipated for tumours such as adenocarcinoma, olfactory neuroblastoma and chondrosarcoma [6,8], and endoscopic approaches are included in national guidelines [9]. However, one is only too well aware that these unusual tumours can recur many years later and this will undoubtedly prove to be the case after endoscopic resection. I have already had an adenocarcinoma recur eight years after ESS and we know from the craniofacial patients that olfactory neuroblastomas can come back decades later. Our longest interval from craniofacial to first recurrence so far is 22 years!

We also know that whilst long-term overall survival in sinonasal malignant melanoma is not substantially improved by ESS [10,11], those undergoing endoscopic resection have a significantly longer median survival (59m) compared to open techniques (18m) which is unrelated to staging and which is a worthwhile gain in an elderly patient. This is important in a disease which appears to be occurring more frequently [12].

We should not forget that, in addition to the surgical techniques, the role of chemoradiation is also changing with the more widespread use of IMRT, probable benefits of proton beam therapy for chondrosarcoma, and newer chemotherapy and immunomodulatory agents such as ipilimumab in melanoma. Thus, tumours such as sinonasal undifferentiated carcinoma (SNUC) are now offered chemoradiation in the first instance with a wide field endoscopic resection undertaken secondarily in selected patients.

Furthermore, our understanding of potential causative factors, be it genetic or occupational, are increasingly understood and may offer new routes for disease management [11,13,14]. The role of HPV has been intensively studied in oropharyngeal cancer but may also have a role in some sinonasal tumours [15].

However, we have to recognise that the envelope may be pushed too far when malignant disease extends significantly into the intracranial compartment, into falx or brain, and there are still patients for whom conventional craniofacial resection offers the best approach; for example, where disease extends far laterally over the orbit or extensively involves the dura close to the chiasm. Of course, this does not preclude combination with endoscopic techniques. We must also acknowledge that endoscopic resection supported by state of the art imaging, real-time MRI, navigation, and a host of other technological advances, is simply not available to large parts of the world’s population so there will still be a role for open techniques for some time to come.

Finally, virtually every trainee I meet tells me that they want to be an anterior skull base surgeon, which is quite a change from the 1970s when few were interested in the depressing backwater of sinonasal malignancy. But there are (fortunately) not enough sinonasal malignancies to satisfy all these aspirations. It has taken 40 years to collect a cohort of 1200 sinonasal malignancies on the professorial unit at the Royal National, Throat, Nose and Ear Hospital, a tertiary referral centre in London [16]. The best opportunity for a cure comes with the first surgical excision [6] so ‘having a go’ and sending the patient for remedial radiotherapy or to a colleague for salvage does the patient a huge disservice. Therefore, we need to critically examine our training programmes and support centralisation of services, despite the enormous political and personal obstacles.

The British Skull Base Society at its annual meeting in Cardiff, has just debated the proposed NHS England’s Skull Base Service Quality Indicators, which include minimum numbers of cases required to maintain expertise and with which to train the next generation of surgeons. I would respectfully suggest that other international and national skull base societies emulate this approach. Only by doing this will we be able to accrue the experience and highest quality data, thereby providing our patients with the best outcomes for these dreadful diseases.

We have come some distance in seven years but there is still a long way to go! 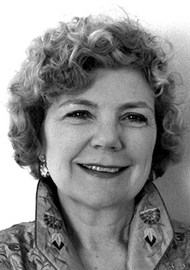