As a first year core trainee, watching the otology consultant painstakingly instruct the registrar where to drill and where not to drill can be a strong test for one’s attention span. Having watched several procedures in theatre, I was ready for a more interactive experience. I contemplated attending a temporal bone course but decided to postpone this until the start of my higher ENT training. Participating in the inaugural Core Trainees Voxelman competition gave me the opportunity for some (virtual) hands-on experience drilling the temporal bone. I watched Youtube videos and brushed up on some temporal bone anatomy prior to taking part.

I donned the 3D glasses and wielded the virtual drill and suction. Having dabbled in the odd videogame during my childhood, I was able to adapt to the virtual visuospatial environment quite quickly. Neil Killick, a Senior ENT Registrar and one of the competition organisers supervised a 30-minute practice session and offered a few tips and tricks. The haptic feedback from the virtual instruments gives a realistic feeling of the drill on bone. Alarms alert when you drill close to the dura, sigmoid sinus and ossicles. After making a catalogue of errors during the practice session, the pressure was now on with the timer set and screen recording. The end point was to expose the incus without damaging the aforementioned key structures.  A week after the competition I was thrilled to learn that I had won. Entry to the competition definitely motivated me to memorise the key steps of a cortical mastoidectomy. It has given me confidence to apply for a cadaveric temporal bone to try my hand at some real drilling.

Temporal bone simulators can polarise opinion amongst otologists with many considering them inferior to cadaveric dissection. From my own experience I find simulation adds real value when you are trying to get to grips with the complex three-dimensional anatomy of the temporal bone. It also offers trainees an invaluable opportunity to practise their technique away from the time pressures of the operating theatre. It was following participation in a cadaveric temporal bone competition aimed at higher trainees that I came up with the idea of using the Voxelman simulator to run a similar competition for core trainees.

The competition ran over a four-week period, with each of the eight core trainees having 30 minutes one-on-one simulator training followed by recorded dissections (which were anonymously graded by a consultant) and a short quiz. The aim was to offer core trainees the opportunity to use the resource in a supportive environment, with a competitive aspect to encourage knowledge and skill acquisition.

The dissections were of a really high standard and the feedback was extremely positive: 100% of participants now wish to pursue otology as a career! We plan to run the competition again in 2020 and hope it becomes an established part of ENT core surgical training. 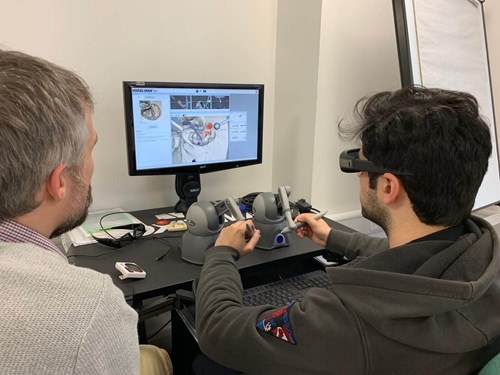 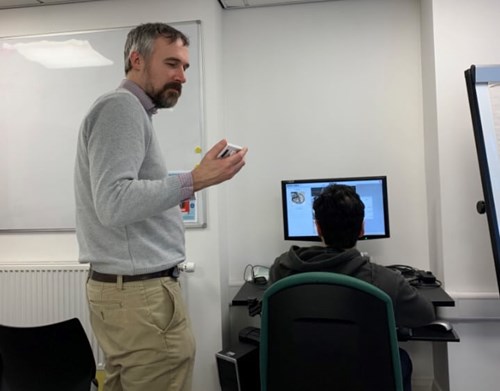 Competition time… drilling against the clock!