Cell therapies could offer a way to repair damage to the auditory system and reverse many types of hearing loss. This article looks at the progress being made.

The last decade has seen remarkable advances in the areas of stem cell biology and regenerative medicine. A long road has been covered since the late ‘90s when scientists isolated, for the first time, stem cells from human embryos. Now, the first therapies generated by this technology are reaching clinical trial stage.

Research in otology and hearing loss has not remained indifferent to these advances, and exciting progress is taking place in our discipline. This article aims to discuss key concepts behind the evolution and current state of the art of the development of a cell therapy for hearing loss.

Why is deafness a suitable condition to be targeted by a cell therapy approach?

There are several features that makes hearing loss an attractive target for a cell-based strategy. Although deafness can be produced by multiple causes, the different aetiologies usually converge on a similar, final outcome - the loss of a cell type. Conceptually, replacing the lost cells with equivalent ones generated in vitro could overcome the problem. Most frequently, the main cells damaged are the sensory hair cells and the auditory neurons located in the cochlea. However, a cell therapy strategy could also target other cellular components, like those in the stria vascularis or the spiral ligament. These are important for keeping the physiological homeostasis of the cochlea and are affected, for instance, by ageing.

While birds are able to regenerate and replace hair cells, mammals in general and humans in particular have lost this ability. Sensory hair cells and neurons are only produced in the womb during development, making their loss permanent and deafness irreversible. Hair cells and auditory neurons are derived from the same developmental structure, the otic placode, which then becomes the otocyst. This is relevant, as the methods used to produce these cells in vitro aim to mimic normal development and will, in principle, generate both cells types.

A human cochlea harbours around 16,000 hair cells and 40,000 neurons. This is ideal, as it is a relatively small number to produce. When you consider the size of other organs like the liver or the bladder, it becomes clear the challenges other areas of regenerative biology are facing.

Finally, no biological, curative treatment is currently available for the condition. Although a cochlear implant can be used in some patients to overcome the hair cell deficit, the equivalent prosthesis for neural restoration – the auditory brainstem implant – has a limited and often unpredictable performance. Deafness remains an unmet medical need with a large socio-economic impact, urging the development of efficient and innovative treatments.

What type of stem cell could be suitable to repair the cochlea?

A few different cell types are commonly included under the ‘stem cell’ banner. In a simplified way, a stem cell can be defined as those with the capacity to produce more of the same kind (self-renewal), as well as the ability to generate differentiated lineages. One useful way to classify them is based on their potential to produce different progenies. Those known as pluripotent stem cells have a very broad lineage potential, with the ability to generate cell types from all the three germ layers (endoderm, mesoderm and ectoderm). In a nutshell, they are capable of producing any cell type of the human body, once they are exposed to the correct signals. This remains a central part of establishing a suitable cell therapy, e.g. learning how to make the desired cell type efficiently in the lab.

Given their ability to produce any cell type with the highest potential for cell replacement, pluripotent stem cells are the most attractive for regenerative medicine applications. Other stem cell types, like those from the cord blood and the bone marrow, have a natural capacity to produce a more limited range of lineages (i.e. haematopoietic cells, bone, cartilage, etc.) and therefore a more restricted range of applications. Two different types of pluripotent cells exist, known as embryonic stem cells (ESCs) and induced-pluripotency stem cells (iPSCs).

ESCs are derived from early-stage embryos, usually from the inner cell mass of the blastocysts. Although the first ESCs were established from rodents in the early ‘80s, it took until 1998 to generate the first human ESCs lines. This development, pioneered by Thomson and colleagues, triggered a major revolution in biology and regenerative medicine [1]. These are the ‘natural’ occurring cells, and although short-lived during normal development in vivo, they can be maintained indefinitely in vitro, generating a renewal source for the production of desired cell types. IPSCs, on the other hand, are artificially generated in the lab. Using breakthrough technology advanced by Shinya Yamanaka and his group in the mid-2000s, a mature somatic cell such as a skin fibroblast or a nucleated blood cell, can be reprogrammed into an immature, undifferentiated stage equivalent to that of the embryonic stem cells [2]. IPSCs have opened the possibilities of creating universal donor cells, or eventually, personalised, patient-specific cell types.

Where are we on the path to developing a cell-based therapy for hearing loss?

Several years ago we demonstrated that, by following developmental signalling cues, human pluripotent stem cells can be driven to produce otic progenitors (an intermediate stage between a stem cell and a mature cell), and then to differentiate into cochlear neurons and hair cells [3]. We also showed that otic neuroprogenitors can be used to restore functionality in vivo, in an animal model of auditory neuropathy. This condition, produced primarily by deficiencies in the cochlear neurons and nerve, has been the initial target of the cell therapy strategy and likely to be the one reaching the clinic first.

After the initial discoveries, several labs including our own have developed improved methods to generate otic progenitors. Of particular interest has been the application of three-dimensional culture systems, to generate structures known as organoids [4]. These are complex mini organs that can support the growth of multiple cell types, acquiring characteristics of very mature cells. Unfortunately, the trade-off is that, while they can be highly useful for disease modelling, their complexity makes them less ideal as a source for cell production for clinical use.

Translating a therapy from an academic research lab into a real clinical application requires overcoming a series of manufacturing, regulatory and financial challenges. To achieve this, Rinri Therapeutics was born in 2018. Starting as a biotech spin-out from the University of Sheffield in the UK, Rinri is leading the preclinical development of a stem cell-based, first-in-kind modality for the treatment of auditory neuropathy. Methods for cell production generated in the research lab have now been adapted to clinical manufacturing standards, removing components of animal origin from the process. This is an arduous task, as the replacement of reagents has to be extensively tested to confirm it is not impacting the final cell product. Studies are underway to establish safety and other parameters to fulfil the regulatory requirements to progress into clinical trials.

The translation of a stem cell therapy for hearing loss from the lab into the clinic is happening in the context of very encouraging advances in other disciplines, indicating the technology is mature and the timing is right. Successful Phase I/IIa clinical trials have now taken place using human pluripotent stem cell derivatives for retinal macular degeneration and diabetes, and further trials are ongoing for conditions like Parkinson’s disease, myocardial infarction and spinal cord injury. Reports so far show the technology is efficacious and safe. What appeared as science fiction over a decade ago is, slowly but steadily, becoming a reality.


Declaration of competing interests: Prof Rivolta is the Founder and Chief Scientific Officer of Rinri Therapeutics. 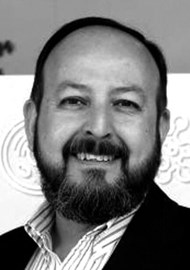