Outer ear disease is one of the commonest reasons for attending the ENT clinic in Ethiopia, just as in the UK. Very little has been published on the experiences of ENT clinics in Ethiopia. Here Yilkal Tassew, Seid Temam and Misha Verkerk provide an overview of frequently encountered pathologies, and some of the key differences between Ethiopia and the UK.

Common causes of outer ear pathology include infections, foreign bodies and trauma. One of the key differences common to all causes of ear disease involves time to presentation. In the UK, patients may seek advice from their GP or emergency department relatively early in the disease and it is not uncommon to see patients displaying acute symptoms of ear pain or discharge for only a few days.

In Ethiopia, many children or adults have had ear symptoms for months, if not years. The reasons for this are manifold, but include difficulty accessing healthcare (especially in rural areas where travel to the state-funded ENT clinic may take days by foot or donkey) and the widespread use of alternative medicine. Many patients present late due to prolonged courses of holy water or traditional herbs prior to seeking medical advice. Such treatments may be prescribed for several weeks by traditional healers. Additionally, and not too dissimilar to the UK, there is relatively limited understanding of ENT in the Ethiopian medical community outside of ENT departments, which can result in delayed diagnosis. ENT is a new specialism in Ethiopia - the ENT training programme at Ayder Hospital in Mekelle (a specialist hospital with a reach of over seven million people) began in 2016. 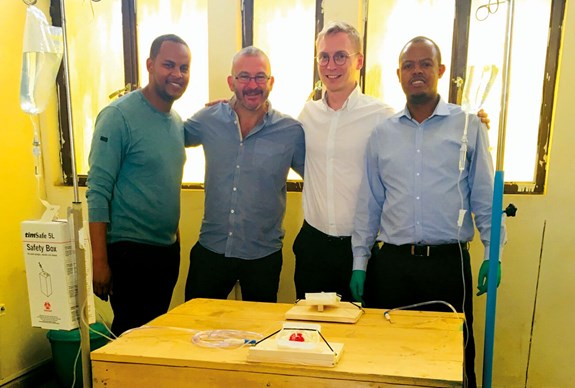 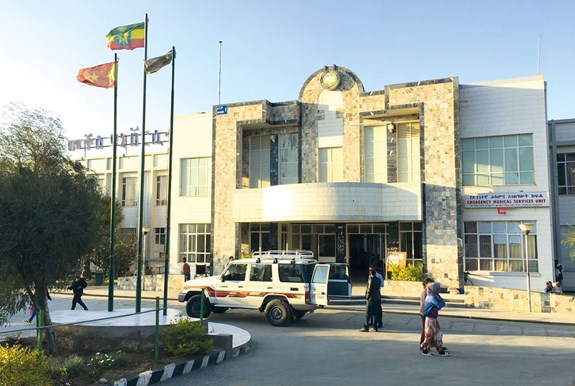 Otitis externa is an infection of the ear canal and can be caused by bacteria, fungi and viruses (such as herpes zoster). It results in pain, swelling and discharge from the ear canal and is one of the commonest causes of ear discharge in our ENT clinic in Mekelle. However, it is relatively rare to see an intact tympanic membrane in Ethiopia, and discharge from the ear canal may also arise from chronic otitis media, which is endemic [1]. Most otitis externa can be managed with aural toilet and topical antibiotics, but the lack of availability of certain drugs, such as antifungal ear drops, creates enormous challenges for the Ethiopian ENT doctor. A typical approach would be to improvise with anti-fungal creams, but this is difficult (and potentially dangerous) to apply into the ear canal, especially if the disease affects both ears. Contaminated water supplies and cotton bud use may also contribute to a risk of otitis externa amongst certain communities – it is a common practice in Ethiopia to frequently clean the ears with water during prayers, and local doctors report a high rate of otitis externa in this group.

“It is relatively rare to see an intact tympanic membrane in Ethiopia, and discharge from the ear canal may also arise from chronic otitis media, which is endemic”

Necrotising, or malignant, otitis externa (a form of skull base osteomyelitis often caused by Pseudomonas aeruginosa) is associated with high morbidity and the potential for mortality worldwide. Yet, in Africa, the grave consequences of this disease appear more pronounced. Significant delays in diagnosis and unclear referral routes to ENT result in delays to commencement of antibiotics. For that reason, patients almost always present with lower cranial nerve palsies. An additional complicating factor is antibiotic cost. Ceftazidime, a good intravenous choice, is unaffordable for patients without health insurance. The use of ciprofloxacin, which is a cheaper alternative, is complicated by high rates of antibiotic resistance in Ethiopia, just as we see in the UK [2].

In the UK, common ear foreign bodies include beads and hearing aid parts. In Ethiopia, it is very common to see insects like maggots and cockroaches. Maggots are the larval stage of flies, and are commonly seen in neglected and untreated chronic ear infections, including patients who have been found unconscious for days following an undetected intracranial complication. The link between the ear and insects is culturally deep in Ethiopia. Tinnitus, a common complaint in UK and Ethiopian ENT clinics, is explained by traditional healers as the presence of insects within the ears. Unsuspecting patients will attend a traditional healer for a tinnitus cure. The healer will perform a ‘procedure’ and present the patient with a big cup full of insects that the healer has ‘removed’ from the ear. These experiences can make it difficult to persuade some Ethiopian patients of the current scientific understanding of tinnitus!

“It is a common practice in Ethiopia to frequently clean the ears with water during prayers, and local doctors report a high rate of otitis externa in this group”

Delayed presentations of ear foreign bodies are common, either due to poor access to ENT services or failed attempts at removal by other health professionals. During the Global ENT Outreach campaigns to Mekelle, it was not uncommon for longstanding ear foreign bodies to require a surgical approach for removal via an endaural or post-auricular incision. Sadly, delayed button battery injuries are also seen with life-altering consequences, including facial palsy, hearing loss, ear canal necrosis and subsequent canal stenosis.

Cotton buds are the commonest cause for self-inflicted ear canal trauma in Ethiopia, much like the UK. It is not uncommon to see iatrogenic ear trauma from failed foreign body removal by untrained health professionals – this can range from canal lacerations to tympanic membrane perforations and ossicular disruption. Unfortunately, it is often anaesthetists with no ENT training who are tasked with removing such foreign bodies without specialist equipment. Major trauma to the external ear is also common in Ethiopia due to a large number of road traffic accidents. The ability of local services to adequately repair an avulsed pinna or complex external ear laceration is very limited – there is no microvascular centre in the country and scant plastic surgery training. This can lead to lifelong disfigurement for the patient.

Outer ear diseases that are detected early and easily treated in the UK can have devastating and lifelong consequences in Ethiopia. Significant delays to diagnosis and treatment are commonplace, and complications are therefore frequent. The problems are now compounded by the current social and political instability within the country, where day-to-day priorities must focus on food, shelter and survival.

All three co-authors have worked together at the Ayder Hospital in Mekelle, Ethiopia since 2017, where a collaboration started between the ENT Department there and the charity, Global ENT Outreach. Currently our work together has been stalled due to a combination of the global coronavirus crisis and civil conflict centred on the city of Mekelle. 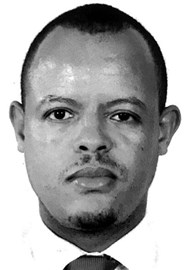 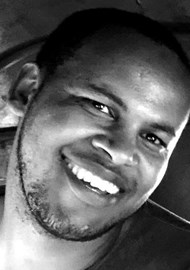 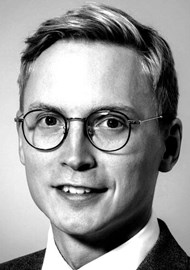