Auditory brainstem implants were first used in adults with NF2. They have more recently become a technology option for children but what is the evidence to support this choice? This article discusses the evidence so far. Auditory brainstem implant is an option for children where cochlear implants are contraindicated due to anomalies of the inner ear/auditory nerve.

Auditory brainstem implantation (ABI) is a surgical procedure possessing a paddle-shaped electrode (Figure 1) positioned at the level of dorsal cochlear nucleus (CN) in the brainstem, stimulating the CN directly bypassing the cochlea and auditory nerve. ABI was initially developed for adults with NF2 to reinstate hearing, but currently the candidacy of ABI has been extended to the paediatric population having anomalous cochlear or cochlear nerve for which cochlear implantation could not be chosen as a management option. According to Sennaroglu L, Sennaroglu G and Atay G, ABI candidacy can be classified as definite indicators and probable indicators [1]. Complete labyrinthine aplasia (Michel aplasia), cochlear aplasia, cochlear nerve aplasia, and cochlear aperture aplasia are classified as definite indicators; hypoplastic cochlea with hypoplastic cochlear aperture, common cavity with IP I with nerve being present and hypoplastic cochlear nerve as probable indicators.

Two major challenges in paediatric ABI are electrode positioning and establishing stimulation boundaries for auditory and non-auditory sensations, which can be resolved by using eABR measurements. Electrically evoked auditory brainstem response (EABR) is a reliable tool and used intraoperatively to position the electrode on CN. Postoperatively it can be used for establishing stimulation boundaries and identifying auditory and non-auditory electrodes in children who are inexperienced to give behavioural feedback [3].

"Two major challenges in paediatric ABI are electrode positioning and establishing stimulation boundaries for auditory and non-auditory sensations, which can be resolved by using eABR measurements" 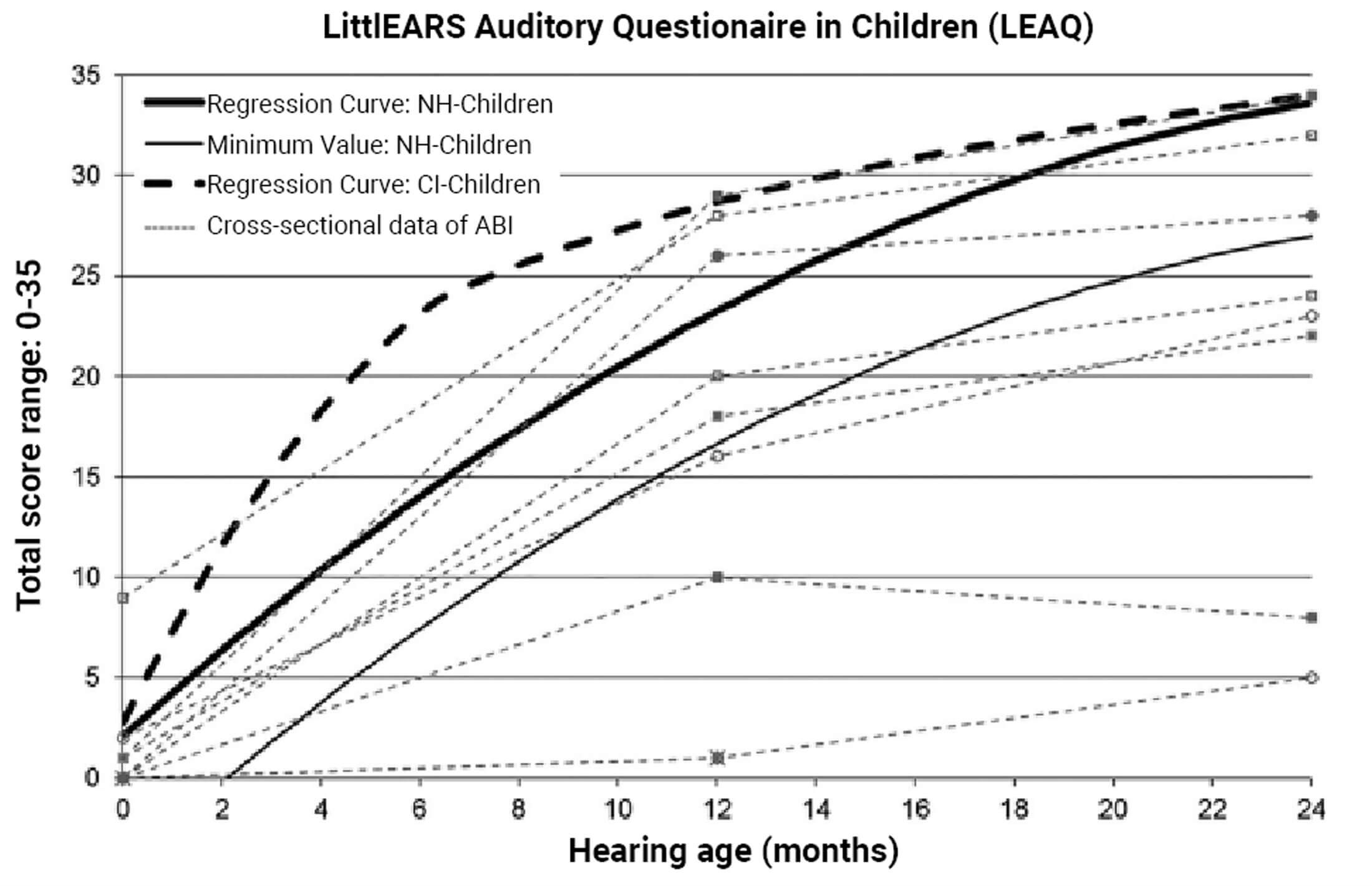 Figure 2. Gradient of LittlEARS Auditory Questionnaire in Children (LEAQ) scores of the nine children with an ABI compared to (1) the norm curve of the German-speaking normal-hearing (NH)-group (n = 218) and (2) the regression curve of children with a CI. Child #6 and Child #9 had overlapping values until hearing age of 12 months. At 24 months, data was available for Child #6 but not for Child #9 (who dropped out at 18 months).

In an unpublished study, Rajeswaran and Kameswaran followed up 50 children with ABI for a period of 48 months and reported that rate of development of communication skills and subjective responses developed faster and gradually until 24 months after implant age. A plateau in scores was noticed post 24 months. The subjective results were compared with the objective eABR responses. The results of the study show that eABR responses can be classified as auditory, non-auditory and mixed, based on the characteristics of the response and its relationship with the subjective response. Electrodes eliciting auditory, non-auditory and mixed responses could be predicted using eABR, based on the distinct latency range that was obtained for each peak in eABR (Figure 3).

A distinct range of latencies was identified for auditory responses (0.6 to 3.04 ms) and non-auditory responses (>3.72 ms between 3.72 to 6.77 ms), classified as auditory zone and non-auditory zone (3.04 ms to 3.72 ms). However, a range of uncertainty was proposed: it is difficult to distinguish the type of response for the peaks falling within this range called ‘zone of uncertainty’, so subjective response for peaks falling within this zone must be relied on.

“The results of the study show that eABR responses can be classified as auditory, non-auditory and mixed, based on the characteristics of the response and its relationship with the subjective response”

Morphology of eABR peaks vary from one peak to four peaks. Among all the peaks, P2 is suggested as a bio-marker for identifying auditory response due its robustness and the latency range which is within the auditory zone. Subjective outcomes were better in children, where more than 75% of electrodes elicited good eABR. A positive correlation was found between the subjective scores and number of electrodes with good eABR. eABR can be used to predict outcomes, as the auditory performance improved as the number of electrodes eliciting eABR increased.

ABI is an option for children who do not qualify for CI. Overall outcome is not comparable to CI due to challenges in diagnostic procedure, electrode design, surgical procedure for optimal placement and lack of optimal coding strategy, as well as the aetiology. Careful candidate selection and realistic expectations are very crucial; the experience of the team and the infrastructure should not be compromised. Though the outcomes are not comparable to CI, in children with ABI cross modal learning and plasticity allows them to use the cues complementing the mode of communication. 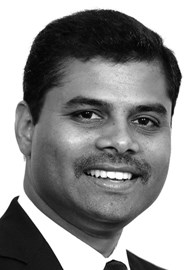