As Dubai prepares to host IFOS 2023, the next IFOS congress in 2026 is already being planned. The competition to host the meeting is certain to be fierce – we hear from the organisers around the world bidding to bring IFOS 2026 to their own cities. 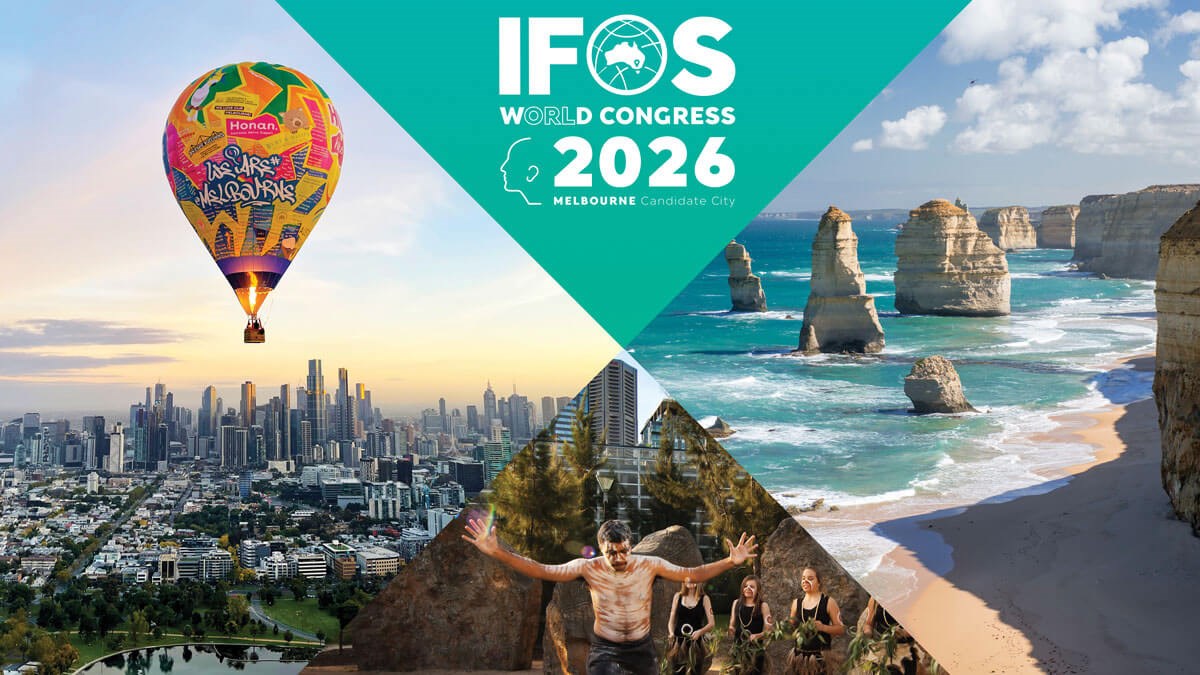 Melbourne has an internationally acclaimed record for innovation in otology and hearing sciences and a leading role in rhinology, laryngology and head & neck surgery. Australian otolaryngology and associated disciplines have been at the forefront of many life-changing developments – especially notable is the cochlear implant, developed in Melbourne, which has changed the lives of hundreds of thousands of people worldwide. The universities, research institutes and industry across Australia have a firm commitment to the advancement of knowledge and will ensure that an IFOS meeting in Melbourne is a tremendous success.

The city has outstanding infrastructure for hosting the 2026 congress, with a spectacular conference centre and a spectrum of affordable accommodation easily accessed on foot or by convenient public transport. Being a major international hub, there are direct flights to Europe, the USA, and major Asian cities.

Melbourne is an established leading destination for major international events and has hosted some of the most prestigious global health conferences. It has a great reputation as a hospitable, multicultural and safe city, with significant cultural attractions, nearby wildlife and scenic venues that can be explored by delegates and their families. The city has been recognised by the Global Destination Sustainability Index for its sustainable practices in the business events industry as the number one city in Asia Pacific.

Melbourne and Australia are committed to supporting IFOS to ensure positive, long-lasting, and sustainable impacts for the World Congress. We look forward to the opportunity to welcome delegates from around the world in 2026. 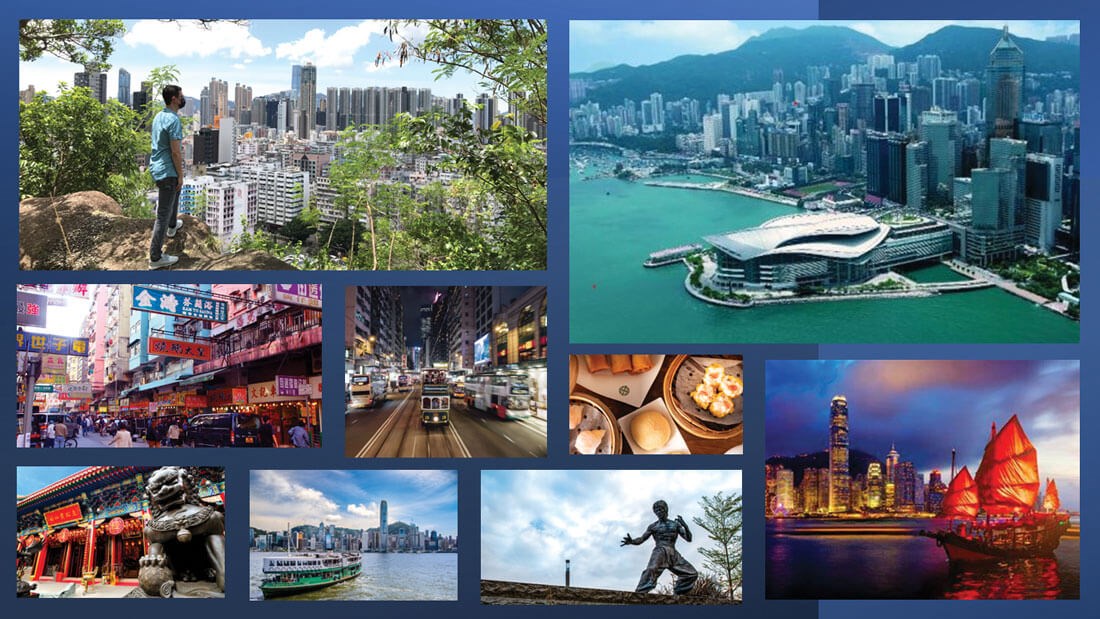 Hong Kong is ready to host the 2026 World Congress of otorhinolaryngology, head and neck surgery. Hong Kong is a city defined by its iconic skyline, facades of skyscrapers framed against beaches and hills. With its rich cultural heritage, vibrant culinary scene, and its architectural blend of old and new, Hong Kong is the place where east meets west.

Travelling into the city is easy: Hong Kong is visa-free to 170 nations, accessible by direct flights to and from 109 airports around the world, spread around 104 cities in 39 countries, served by 57 airlines. The Hong Kong 2026 IFOS meeting will be affordable to the developed world through grants, scholarships, and subsidies.

As Asia’s world city, Hong Kong is experienced in hosting large-scale international conferences and meetings in the Hong Kong Convention and Exhibition Centre with accommodation satisfying the needs of budget-conscious delegates to those expecting world-class hospitality.

Hong Kong is gateway to mainland China and is the gateway to world academia. IFOS 2026 in Hong Kong is where east meets west, and where innovation, collaboration and harmony are being revived in the world ENT after COVID-19. Vote for Hong Kong. 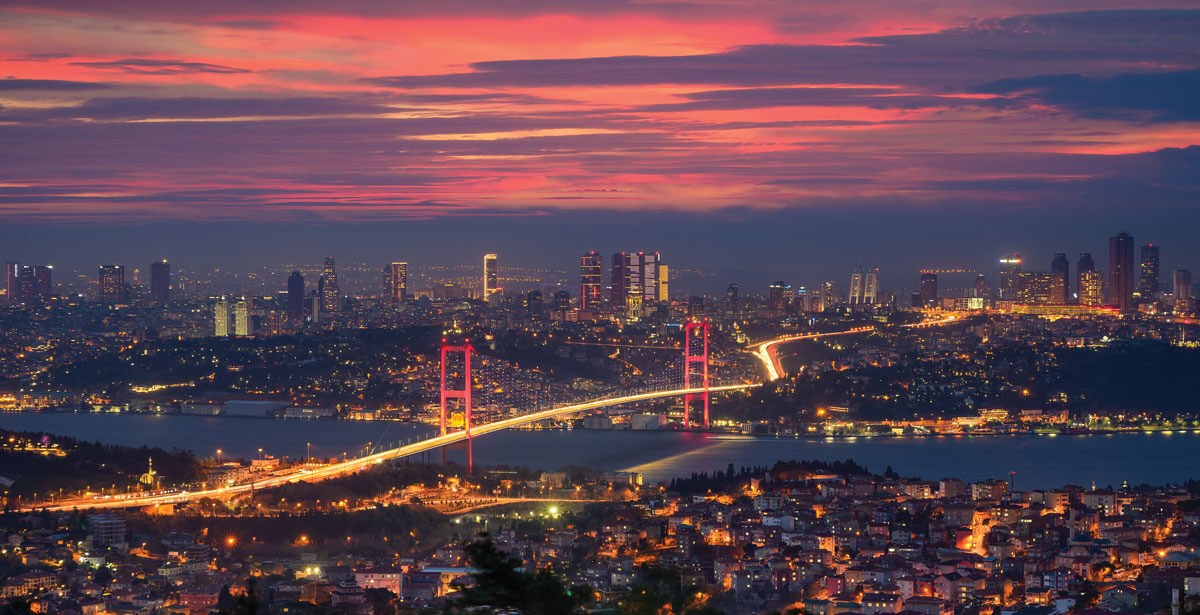 Istanbul, which was the capital of the Roman, Byzantine, and Ottoman Empires has an accumulation of culture unprecedented across the world. This city has a distinct place in the world, not only because it is a city of civilisations, but also where religions meet. Istanbul is home to the Byzantine Period, Maiden’s Tower, the Basilica Cistern, Sultanahmet Square, the Egyptian Obelisk, Twisted Column, Hagia Irene, Hagia Sophia, Museum of Chora, Archeology Museum, the Ottoman Period, Museum of Turkish and Islamic arts, Topkapı Palace, Dolmabahçe Palace, Beylerbeyi Palace, Süleymaniye Mosque, Sultanahmet Mosque, The Grand Bazaar and Bosphorus.

Nature, too, has been very generous with Istanbul. Istanbul is a city where two continents - Europe and Asia - meet. It is connected by three bridges; you can walk from one continent to the other over these Bosphorus bridges. The people from different cultures live together in peace, respecting each other’s culture and beliefs. You can breathe the atmosphere of different cultures. The food is very healthy and delicious, a combination of different kitchens.

Istanbul is easily reached from all over the world. There are direct flights from almost every country. Most importantly, entry into Turkey is very easy and only a few countries need a visa which they can obtain at Istanbul airport on arrival. The infrastructure for holding such a prestigious meeting is excellent. We feel lucky to be one of the candidates. We will be happy to share the beauties of Istanbul with our colleagues if we have the chance to hold the IFOS meeting. 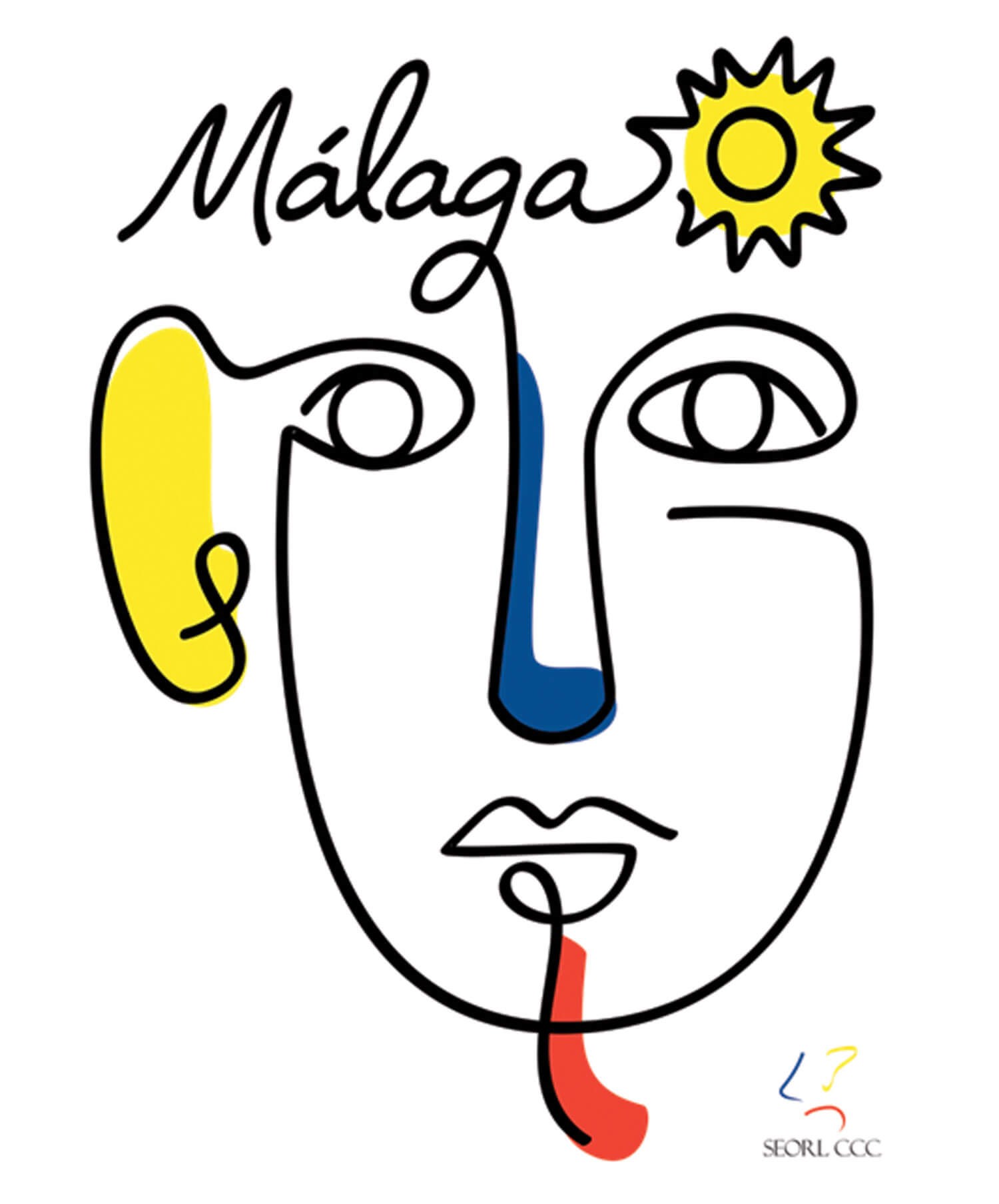 As the proposed president for that meeting, I do have extensive experience in organising large scientific events (see: European Confederation in 2011 with over 3500 participants) and as programme advisor I have helped to set up many other international congresses. By 2026 we may expect transoral robotic surgery to have settled in ENT, and the treatment with biologics for chronic rhinosinusitis, as well as for other conditions, may be well established worldwide.

Málaga offers safety, sun and Spanish summer conditions. It is a very welcoming and family-friendly city with many affordable hotels and sandy beaches. Málaga is directly connected to over 54 European airports and to Madrid, with a fast train in less than three hours.

For those who would like to extend the stay: Marbella, Torremolinos, Caminito del Rey are around the corner, and Granada (Alhambra!), Córdoba (Mosque!) or Seville are must-sees. The food in Andalusia is world-class.

Málaga is waiting for you. 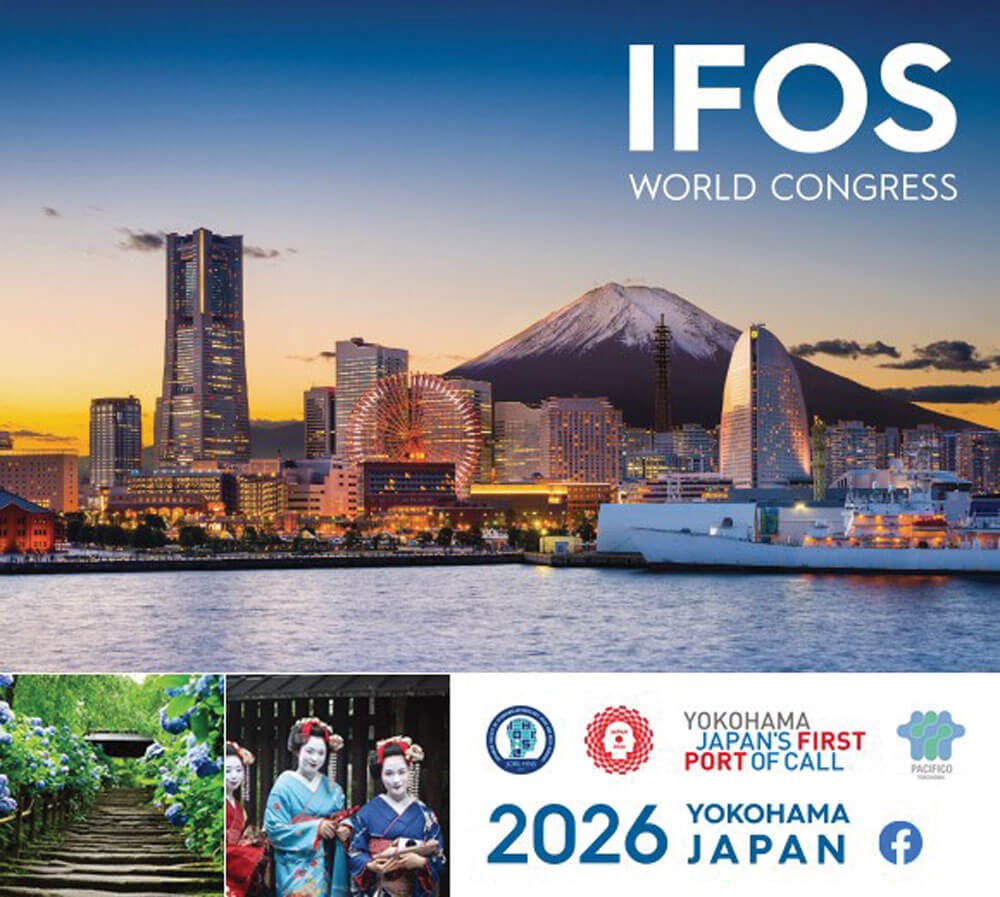 Yokohama is located within the Greater Tokyo Area and has smooth and convenient accessibility from anywhere in the world. Warm Japanese hospitality and high standards of service combined with a safe and peaceful environment will contribute to the success of IFOS 2026 in Yokohama.

IFOS traces its roots to Japan’s proposal during the 8th International Congress of Oto-Rhino-Laryngology, held in October 1965 in Tokyo. It would be our great pleasure to host the 2026 conference in Japan, the birthplace of IFOS.

You can experience the unique culture of Japan with its high technology, exceptional variety of cuisine, captivating blend of traditional and modern scenery, the beauty of nature, and so much more!

It would be our great pleasure to host the 2026 conference in Yokohama, Japan! Please visit our website at: https://ifosyokohama2026.com 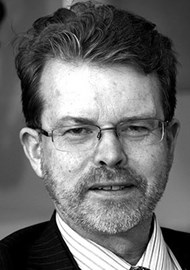 Department of Otorhinolaryngology, Head and Neck Surgery, The Chinese University of Hong Kong. 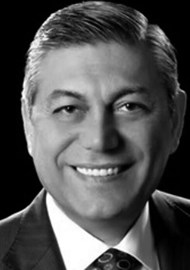 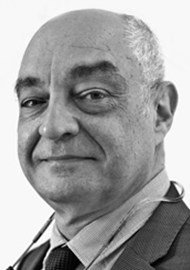 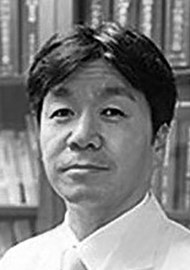