In Memory: An Interview with Professor Leslie Michaels
By Andy Hall and Elfy Chevretton

The Memorial Service for Professor Leslie Michaels takes place next week (mid-April 2019). Professor Michaels was the former Professor of Pathology at the Institute of Laryngology and Otology at UCL and The RNTN&E Hospital. His inspirational achievements are worthy of recognition by pathologists and surgeons alike. We are honoured to remember him with an interview conducted by Mr Andy Hall in 2012. 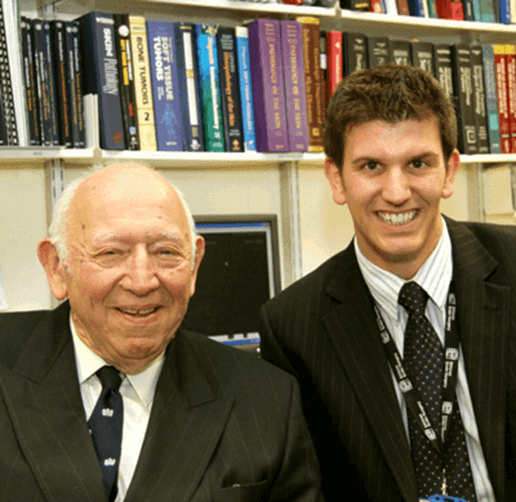 An Interview with Professor Leslie Michaels

Prof Leslie Michaels, now 86 years old, has a long and distinguished career as a Professor in head and neck pathology, continuing long past his official retirement in 1990. He was the former Professor of Pathology at the Institute of Laryngology and Otology at University College London, Royal Free and the Royal National Throat Nose and Ear Hospital. The Semon Club had the benefit of Prof Michaels’s expert pathology opinion for over forty-two years before his retirement from this role in 2011, yet he remains acutely active in research and academia.

The Semon Club was established at the Royal National Throat Nose and Ear (RNTNE) Hospital in 1958, eponymously named after Sir Felix Semon, the first President of the Laryngological Society of London. It allowed Otolaryngology Consultants and Registrars the opportunity to present and debate unusual cases with their colleagues. Presently it is run biannually at Guy’s Hospital, London, overseen by Miss Elfy Chevretton since 1995. I had the privilege of interviewing Prof Michaels at Guy’s Hospital together with the current chairman, Miss Chevretton to discuss his achievements and interests.

Tell us about your background and early education

I attended a grammar school in East London, Parmiter’s. It also produced Nick Leeson (another optimist!). I left school at 16 and was evacuated to Nottingham where I worked at Boots as a technician in biochemistry – I liked that very much. I did my A-levels at evening classes and studied medicine at the Westminster Medical School, now part of Imperial College.

Why did you decide to follow medicine and head and neck pathology in particular?

I lived in a flat above a GP as a child and at the age of 11 or 12 he asked me to tell patients that would come calling that he wasn’t in! I thought it didn’t seem a bad life! As a houseman I had jobs in ‘Surgery’ (eyes and ears) and pathology – they weren’t popular jobs but was just what I wanted. The eye doctor ignored me, he wasn’t interested, but I did about 50 tonsils and was worked off my feet in ENT outpatients. I loved pathology and had previously got the prize at medical school. It was going to be either pathology or ENT, and I ended up with both.

Tell me about your pathology training

I studied Clinical Pathology in Bristol, followed by training in Manchester for three years. I then went to St Mary’s as a lecturer but I couldn’t get a job in this country, as the posts were occupied by a group of pathologists that had been in the army together. In those days the phrase was ‘BTA’ – ‘Been to America’, so I did! They kept the job open for me at St Mary’s. With a young family I went to the Albert Einstein Institute of Medicine in the Bronx. It was much better paid over there; as over here I was practically impoverished with no refrigerator and no car. In America I could buy a car in just a few months. (At this point Prof Michaels told me a story of previous driving prowess in the UK and United States that I won’t mention in case the DVLA are reading!). The Bronx however was a dangerous place to bring up children in those days. We got in a car and drove up to Toronto and Northern Ontario – where I spent ten years working in Canada.

What brought you back to the UK?

There was an advertisement in The Lancet, ‘British Specialists are in great demand in the UK, please apply’. Recruiting officers visited Canada to interview prospective candidates and offered me whatever job I wanted. The only job inviting research was the RNTNE in Gray’s Inn Road in 1970. My family flew back but I came back by boat with my car. It took a week on a German run steamer captained by an Ex-U Boat Commander!

What other career would you have liked to have done if not related to medicine?

I’d have been a research scientist, in biochemistry preferably. I liked that very much.

Who have been your mentors throughout your career?

Dr Gillespie, a clinical pathologist, taught me the importance of research. Dr Davidson from my time at Manchester taught me a way of thinking. He had a vast knowledge of surgical pathology. Registrars in those days would do all the work but he was available if you had a problem. He would receive you in his office to discuss the case – he was never wrong!

What has been the best piece of advice that you have received in your career?

The importance of autopsies to research and focusing on the pathological basis of disease. This is invaluable, especially in ENT pathology.

What advice would you offer to pathologists and head and neck surgeons of the future?

There is a vast amount to be learnt and research still to be performed. The ear in particular I’ve recently appreciated is a field wide open for further development. When you think of deaf people, they appreciate the horror of deafness and being unable to efficiently communicate.

Is there any piece of research you have published or work carried out, of which you are particularly proud? Do you keep a record of your publications?

I’ve not counted my publications, it’s hundreds I expect. Every step I’ve taken has been dependant on help from colleagues, I’m not alone. I really feel my best work is the work that I’ve recently done with colleagues on the pathological basis of Meniere’s disease. The large autopsy temporal bone collection created in London has thousands of slides including those on the development of the human ear, I’m not aware of any other such collection in the world. We need to do further work on the pathological basis of Meniere’s and we’re about to start our electron microscopy studies to see if it supports our theory. If it does, this could be helpful to the medical treatment of Meniere’s in the future. (Prof Michaels confesses he still works approximately five days a week in the lab!)

What have been your other career highlights?

When I first started ‘morbid anatomy’ in Manchester as well as first joining the Pathological Society. Also getting my Professorship in 1973 was important to me.

Professors Cardessa and Slootweg in 2006 dedicated their book ‘Pathology of the Head and Neck’ to you and Gerhart Seifert, describing you both as ‘great pioneers of head and neck pathology in Europe’. Tell us about your involvement in the Working Group of Head and Neck Pathology

I think that’s a bit much really! [in reference to the dedication] In the 1990s, I went out to Yugoslavia for the first meeting of the Working Group of Head and Neck Pathology with my wife in what ended up being the civil war. There were no other delegates who arrived, only the organiser, who has since become a great friend! Since then, it’s grown to between 50 and 60 members internationally. I still visit the House Ear Institute in America approximately once a year.

What do you feel is the most significant change in head and neck pathology in your career?

Immunohistochemistry and molecular pathology, focusing on specific molecular modifications have been key in achieving early diagnosis.

If you look into the future of head and neck pathology, what do you envisage?

Post mortem pathology appears to be dying out! But I don’t believe the reason for this has a religious basis. It’s a great shame, as I still feel this area is where significant breakthroughs are to be made, particularly in ear pathology.

How did you first get involved in Semon Club?

I have been reviewing the pathology at the Semon Club since 1970 on my return to the UK. Initially as one of the pathologists at the Royal National Throat Nose and Ear Hospital and I continued when the meeting moved to Guy’s Hospital. Back then, it was held on a Saturday morning, purely comprising of consultants from all over the country who wanted to discuss the management of interesting patients when this was not clear. The patients would attend in person, they didn’t mind at all and I was glad to see the cases clinically. In the old days, radiologists didn’t come – what radiologists add to the meeting now is incredible. The current format of the Semon Club is a good educational experience for registrars and others.

What has kept you involved in the Semon Club throughout your career?

The Semon Club has a fantastic range of pathology and my interest in academic ENT pathology has not waned. Compared to what I used to witness, the Semon Club meetings are conducted smoothly, gracefully and with an emphasis on education. I remember meetings as a junior pathologist where professors would just tear each presentation apart.

Are there any particular Semon case presentations that stand out during this time?

If you ask me, I’ll remember them! There have been so many over the 42 years. I remember vividly some cases where I’ve corrected a diagnosis from another institution, for example a case introduced as Wegener’s that ended up being leprosy but that’s not a job I enjoyed doing.

You have been witness to many oral presentations over the years, what advice would you give to presenters?

Be simple and be clear, so many people fail to be either. Also come prepared for discussion.

There has been much made of increasing disinterest in case reports by medical journals, what do you feel about this?

I think that’s been over-done. One single case report with a clear message can sometimes do more than poorly performed research. What is key however is to take a different angle on things.

How do you relax away from medicine?

Music, but I haven’t had much time for it! I bought a large Yamaha keyboard and am learning to read music – I’d love to be able to play but never will.

At the end of our interview, rather modestly, Prof Michaels summarises his distinguished career in pathology in two sentences.

‘It’s the ability to look down a microscope, recognise the pathology and speak good English. A lifelong hobby that they used to pay me for.’

This energetic individual’s relentless enthusiasm shows no signs of waning and rather his inspirational achievements (past, present and future) are worthy of recognition by pathologists and surgeons alike. His retirement dinner from the Semon Club was hosted at the Royal Society of Medicine on November 10th, 2011 and was well attended by past colleagues and friends proving a fitting celebration of his work. 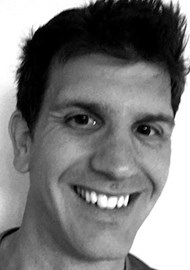 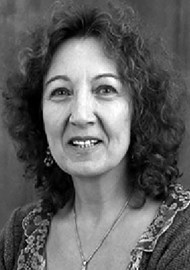