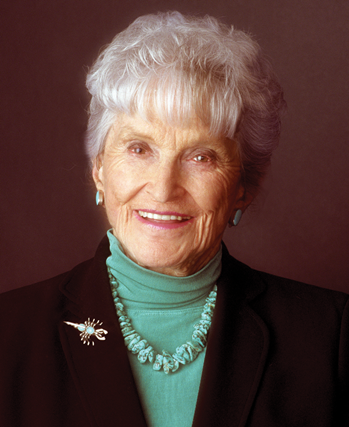 “Dr Marion P Downs, an innovator in the field of paediatric audiology and a tireless advocate for the early identification of hearing loss, passed away on November 13, 2014. During her exemplary career at the University of Colorado Health Sciences Center, Marion Downs developed and evaluated techniques for testing hearing in babies and young children and for fitting them with hearing aids.

Dr Downs created the first mass infant hearing-screening program in 1963 in Denver and relentlessly pursued making the identification and management of hearing loss in infants and children an important medical, educational, and public health issue. Dr Downs is esteemed internationally for her work in paediatric audiology. Her professional publications and lectures have brought worldwide attention to the importance of early intervention for hearing loss. Today, in the United States, more than 96% of all infants born in the US receive a newborn hearing screening. Numerous international countries have followed her lead in establishing universal infant hearing screening programs.

Dr Downs was an exemplary teacher who lectured extensively throughout the United States and foreign countries. She published nearly 100 articles and books on various aspects of audiology, including serving as co-author of Hearing in Children, a preeminent textbook updated through six editions between 1972 and 2014 and translated into several foreign languages (see page 93 of ENT and Audiology News (Jan/Feb 2015)).

“Marion was loved and revered by countless colleagues, former students and patients, as well as friends around the world.”

She almost single-handedly alerted the medical world to the speech, language, and development problems associated with childhood hearing loss. In order to ensure that paediatric hearing loss would remain a priority concern for all paediatric health care professionals, Dr Downs proposed in 1969 that a national committee be established, comprised of representatives from professional hearing healthcare organisations, to periodically review and evaluate, and recommend ‘best practices’ approaches to newborn hearing screening programs. As a direct result of her visionary thinking, the Joint Committee on Infant Hearing was organised to provide multi-disciplinary leadership and guidance for 45 years in all areas of newborn and infant hearing issues.

Marion Downs received an extensive array of awards recognising her contributions throughout her career. Among her many honours are: the Outstanding Achievement Award from her alma mater, the University of Minnesota, and Gold Medal Recognition from the University of Colorado School of Medicine. She is the recipient of three Honorary Doctorate Degrees. Dr Downs has been awarded the Medal of the Ministry of Health of South Vietnam. She has been recognised with honours of nearly every professional hearing-related society including the American Academy of Audiology, the American Speech-Language-Hearing Association, and the American Academy of Otolaryngology Head and Neck Society. She was a founder of the American Auditory Society and the International Audiology Society. She was inducted into the Colorado Women’s Hall of Fame in 2006 and in 2007 she received the Secretary’s Highest Recognition Award from the United States Department of Health and Human Services.

Marion was an avid exercise enthusiast and won five gold medals for tennis in the US National Senior Games playing through her eighth decade. She used her wit and inspirational advice on living vigorously into her nineties to  author a popular book titled, Shut  Up and Live."

“Marion was a generous and warm human being, a gifted humanitarian and of course, the world’s foremost paediatric audiologist. It was her keen insight, curiosity and intuition which propelled the profession to do more, and to do it sooner.

She never gave in, she never quit, and she never cared too much for the rules or the status quo. If it could be improved, she wanted to fix it.

The last time I interviewed her, some ten years ago, she reported she received her BA in 1948 in Political Science and English, and as the lines for graduate school were too long for the really cool majors, she chose Speech and Hearing. She finished her Masters in 1951. I asked her why she never got a Ph.D and she said something like “back in those days, women with doctorates priced themselves out of the profession and they wouldn’t be accepted by the male PhDs…”

My favourite quote from Marion was with regard to galvanic skin response to test people with exaggerated hearing loss 60 years ago. She said “I resisted and hesitated a little, but once I was over it, I just shocked with a vengeance!” She admitted she got mad at veterans who were trying to fake hearing loss for financial gain and she concluded there was “no such thing as true psychogenic hearing loss.” I recall her saying (with glee) “I’ve been wrong many times.” Marion said “No question about it. Young children really need perfect hearing to develop perfect language. No question about it. Even a 15 decibel loss, negatively impacts language…”

Marion was awarded an honorary doctorate, the Doctor of Science from the University of Colorado a decade or so ago and she was snow skiing when she turned 90. And BTW, she reported “I always have one glass of wine before dinner every night. That’s my limit.” And there ya go. Marion Downs. May her memory always be a blessing.

The American Academy of Audiology Foundation (AAAF) is pleased to announce that the Oticon Foundation has renewed its commitment to fund the Marion Downs Lecture in Pediatric Audiology through 2019. The Oticon Foundation’s generous grant ensures that audiologists are able to attend the annual presentation at AudiologyNOW! or access the Web seminar through eAudiology, the AAA’s professional development program.

And, as the audiology community mourns the recent loss of the remarkable Dr Marion Downs, it is especially fitting that her contributions to the hearing community will continue to be celebrated at this annual session. For information on free on-demand access to the annual Marion Downs Lectures, visit www.eaudiology.org or www.audiologyfoundation.org. 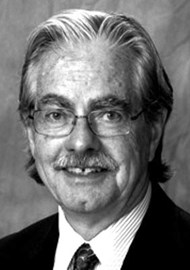