Sir Terence Cawthorne was the chairman of the academic committee of the first BACO in 1963, and was Master of the second BACO in 1967. In this article, Neil Weir describes the life and career of one of the UK’s most influential otologists.

Terence Edward Cawthorne was born in Aberdeen on 29 September 1902. His combination of clinical excellence and academic enthusiasm in the fields of otology and neuro-otology enhanced the reputation of both King’s College Hospital and the Hospital for Nervous Diseases, Queen Square, London. He was educated at Denstone College in Staffordshire, King’s College London, and King’s College Medical School. 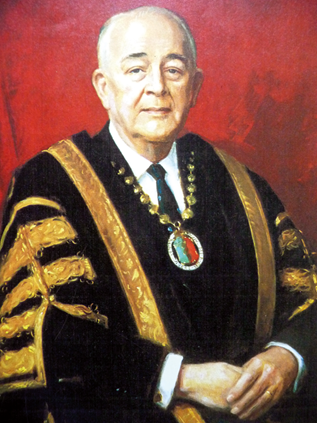 Sir Terence Cawthorne (1902-1970). Portrait by Robert Swan which hangs in the Toynbee Mackenzie room at the Royal Society of Medicine.

He qualified with the Conjoint Diploma (LRCP, MRCS) in 1924 and was house officer to the Otorhinological and Anaesthetic departments. Although he showed great aptitude in applying the latest advances in anaesthesia he was won over by the work of the two King’s otologists: Arthur Cheatle and George Jenkins. Cheatle taught him the anatomy of the temporal bone and the histology of the labyrinth, and Jenkins, who was one of the foremost otologists of his time, introduced him to the condition of otosclerosis. Two years later, in 1928, Cawthorne became registrar to the Otorhinological department and in 1930 gained the Fellowship of the Royal College of Surgeons of England (FRCS).

“Cawthorne’s worldwide reputation was based on his extensive clinical interest in otosclerosis, Menière’s disease, and facial palsy.”

Faced, as he put it, ‘with some time on his hands’ Cawthorne made use of the opportunity to do some animal work at the RCS where he shared a bench with Sir Charles Ballance, the 74-year-old renowned neurootologist, who was engaged in further research on facial nerve anastomosis in cats. He inspired the young Cawthorne by raising his interest in the facial nerve, and in 1932 he was appointed assistant honorary surgeon to the newly amalgamated Otorhinological and Rhinolaryngological departments of King’s College Hospital. Initially he practised the whole field of ENT, but with his appointment in 1936 as assistant aural surgeon at Queen Square, his interest and reputation rapidly developed in the specialties of otology and neuro-otology. He became a full surgeon at King’s in 1939.

During the Second World War Cawthorne assisted John B Hunter, the senior surgeon and dean of King’s, as Deputy Sector Officer of the Emergency Medical Service (EMS) 1Xth sector and combined the post with Acting Vice-Dean. In 1946 he succeeded Hunter as Dean but for only two years. Cawthorne, who was overweight, was obliged to give up this job, which he enjoyed and in which he excelled, because of the first signs of heart disease induced by the added pressure of his clinical work.

He did though retain his chairmanship of the medical school library during which time he had raised its status and, believing it to be a centre of culture as well as a workplace, had presented it with a collection of books on art and classical gramophone records.

The use of antibiotics accelerated a decline in the complications of otitis media (this is explored further in the article on Ronald Macbeth in this issue) and together with advances in anaesthesia and the further development of the operating microscope, the post-war period of otology opened up the prospect of surgery of non-suppurative otological conditions such as otosclerosis and vestibular disorders. Cawthorne employed his meticulous surgical technique and analytical mind to develop these fields and translate his extensive clinical results into many scientific papers. He became clinical director of the Medical Research Council (MRC) Wernher Research Unit on Deafness, which in 1953 moved from the Royal National Throat, Nose, and Ear Hospital to King’s College Hospital. There he worked with Dr TS Littler, the audiological physicist, who was at the time secretary of the MRC Electro-Acoustics Committee responsible for defining the characteristics of Medresco (Medical Research Council) hearing aids. (From the start of the NHS in 1948 Cawthorne had been Consulting Adviser in Otolaryngology to the Ministry of Health, and as such had been instrumental in the development of NHS hearing aids). 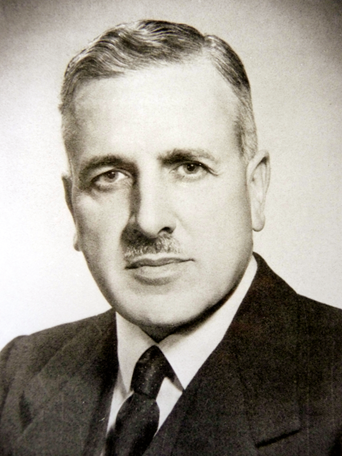 During the Second World War Cawthorne collaborated with Charles Hallpike and Gerald Fitzgerald in the MRC neurological research unit at the National Hospital on the clinical applications of vestibular testing using their newly calibrated caloric tests (1942). Their relationship, whilst mutually beneficial, was always an uneasy one as Hallpike was a notoriously difficult man.

Cawthorne’s worldwide reputation was based on his extensive clinical interest in otosclerosis, Menière’s disease, and facial palsy. When he succeeded Jenkins at King’s the operation of choice for otosclerosis was Maurice Sourdille’s two stage fenestration of the horizontal semicircular canal known as ‘tympanolabyrinthopexy’. Along with Julius Lempert and Samuel Rosen of New York he developed and improved procedures for fenestration and stapes mobilisation. Lempert modified Sourdille’s technique that had been presented at the RSM in 1937, performing the operation in one stage, using an endaural approach and an ophthalmic binocular loupe. His ‘fenestration operation’, published in 1938, created a larger fenestra which he called the ‘fenestra nov-ovalis’.

Cawthorne immediately tried Lempert’s operation but without success. He abandoned the procedure and instead, after the Second World War, reverted back to the works of Johann Kessel and Frederick Jack on stapes removal. Following a series of poor results, in 1946 he visited Lempert himself and having watched him closely and re-read his paper he was able not only to obtain good results but also to pass on his knowledge to others in the UK. 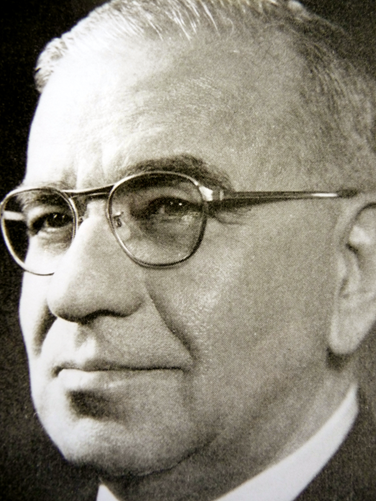 Samuel Rosen of New York by chance rediscovered stapes mobilisation in 1952 when under local anaesthetic he was palpating the stapes to assess its degree of fixation prior to proceeding to a fenestration operation. Rosen’s results showed an initial hearing improvement in 70% of cases, which was sustained in about 25%.

Having had a luke-warm response at home to his technique, Rosen responded to an invitation to visit Cawthorne in London in 1953. Rosen was so confident in the technique that he offered to operate on a patient of Cawthorne’s choosing: the operation took place at the London Clinic a month or so later. Rosen, watched by several British otologists, successfully performed the mobilisation under local anaesthetic. There was a positive instant response from the 40-year-old female patient and the news of the ‘miracle operation’ rapidly spread throughout the London clinic. As Rosen left the clinic, Cawthorne handed him a small parcel containing one of his surgical overalls, which Rosen had proudly worn. Rosen, who had a policy of never accepting a fee when operating abroad, was visibly touched.

By the end of the 1950s Cawthorne was using one of the first Zeiss binocular operating microscopes to be imported into the UK. He employed John Shea’s stapedectomy technique using a variety of prostheses and always a vein graft. All Cawthornes’s stapedectomies were performed permeatally under a general anaesthetic. He used few instruments and all bone work was done with a hammer and gouge with the exception of the use of a drill for the stapes footplate. A stapedectomy in his hands took 15-20 minutes.

Cawthorne’s familiarity with the oval window enabled him to perform a destructive procedure on the labyrinth in patients with Menière’s disease. The incus was removed, the stapes was dislocated out of the oval window and the utricle was delivered and excised. The results were uniformly good and the procedure was less burdensome for the patient and the surgeon than membranous labyrinthectomy via the lateral (horizontal) semicircular canal. Cawthome’s wide experience of the management of vertigo was in 1958 brought together in his presidential address given to the RSM Section of Otology.

As an unremitting advocate of a peripheral cause for Bell’s palsy, Cawthorne believed that the oedema of the facial nerve within its bony canal was responsible for nerve damage and that the optimum treatment was facial nerve decompression. His experience with this procedure formed the basis of his 5th Gowers Memorial Lecture read in 1968 at the National Hospital, Queen Square.

Cawthorne’s huge clinical experience, careful record taking, and authoritative papers, combined with his precise, eloquent delivery made him a popular speaker throughout the world, especially in North America and Scandinavia where he had more friends than at home. In time these visits were recognised by honorary membership of no less than 18 foreign otolaryngological societies and the award of honorary degrees from the universities of Syracuse and Uppsala. He was knighted in 1964 and was Master of the second British Academic Conference in Otolaryngology (BACO) in 1967 having been chairman of the academic committee for the first BACO in 1963.

“He was knighted in 1964 and was master of the second British Academic Conference in Otolaryngology (BACO) in 1967 having been chairman of the academic committee for the first BACO in 1963.”

Throughout his busy otological career Cawthorne also showed a significant interest in the history of medicine. In 1950 he encouraged the formation of the King’s College Hospital Historical Society and in 1961 was elected its president. In 1969 he became president of the RSM Section of History of Medicine.

Sir Terence Cawthorne was a workaholic; his was a full seven days’ working week, with­ operations on Saturdays, reading journals and writing scientific papers on Sundays. In this respect he differed from his field sport-loving ENT contemporaries. His long time spent on the RSM council, later as president was seen by him as relaxation from his otological commitments.

Sir Terence was a driven man: driven to advance his chosen specialty and driven to reap its rewards. His huge practice, rather grand manner and international reputation did not always endear him to his British colleagues but nevertheless his significant contribution to the advancement of British otology was well acknowledged. He retired from King’s College Hospital in 1964 after a further warning of heart disease from which he subsequently suddenly died on 22 January 1970. The Dean of King’s Medical School summed him up as “one of the nicest people, friendly, genuine, kind hearted and generous to the degree. He won distinction all over the world, but he was always a King’s Man”.

These are links to features on some of the former ‘greats’ in the ENT field, whose contribution we are honoured to remember. 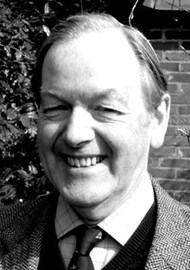