Endoscopic approach for pituitary adenoma surgery is well recognised. There has been recent refinement of 3D endoscopy technology which improves on the depth of vision offered and more compact delivery. This may improve visualisation of the critical structures involved in such surgery, thus decreasing complications and improving resection rates. Rather than truly projecting in three dimensions, 3D images are typically created by forcing the perception of depth in 2D images. Stereoscopy is the most common way to do this and involves presenting slightly different (usually horizontally displaced) images to each eye such that higher visual processing interpolates them as an image with depth. There are varying companies producing their own version of 3D endoscope aiming to refine the principles of stereoendoscopy with modern engineering. Newer single chip 3D models are lacking data currently. 3D endoscope advantages can be summarised as improved depth perception (thought to offer faster learning), aid in recognising layers of dissection and neurovascular relationships. Many of their limitations are particular to the mode of 3D projection (stereoscopic) giving a smaller field of view, poorer sharpness, brightness and contrast, in addition to ghosting, ocular fatigue and strain, headaches, nausea and dizziness. Angled 3D scopes are not available. Other disadvantages include wide scope diameter, exact theatre positioning of screen/operator and higher cost of such systems against 2D models. There have been several small-scale studies comparing 2D and 3D. Outcome measures were inconsistent between studies and no difference in clinical quantitative measures was found on comparison in most studies. To summarise, 3D endoscopy appears to have much to offer in the future. With refinement of technology, it may show improved clinical outcomes to satisfy its increased cost to a department over conventional 2D endoscopes. 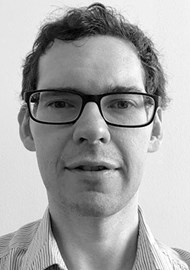