Alcohol and the vestibulo-ocular reflex (VOR)
Reviewed by Fiona Barker

I was drawn to this paper initially for slightly unscientific reasons but in fact it proved a worthwhile read. It describes the effect of alcohol consumption on the VOR of eight healthy subjects as measured using video head impulse testing and the dynamic visual acuity test. It nicely measures what those of us fond of the odd glass of wine already know: that things get blurry after one too many glasses. However it also shows how relatively subtle changes in the VOR can be measured using these tests. This has implications for those who might want to use them to track compensation or treatment effect. In addition it also implies that these tests might have a higher association or correlation with subjective report of symptoms than our existing test battery has been shown to have. 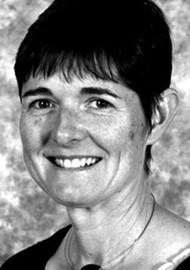 Department of Clinical Medicine and Ageing, University of Surrey, UK.