Nasal obstruction is a classic symptom in children with allergic rhinitis. While the nasal obstructive disorders including septal deformity, turbinate hyperplasia and adenoidal enlargement are widely recognised in adult nasal blockage, their relationship with paediatric allergic rhinitis however, is scarcely described in the literature. In this prospective study, based on the ARIA classification, 130 children (6-18 years) with moderate to severe persistent allergic rhinitis were included. Following a treatment regime comprising of at least two consecutive months of intranasal steroids, nasal symptoms were quantitatively evaluated using a visual analogue scale score (VAS) and the anatomical abnormalities from the septum, turbinates and adenoid were assessed with flexible endoscope. Notably, the authors reported that children with allergic rhinitis refractory to medical treatment had higher prevalence of concomitant obstructive septal deformity and inferior turbinate hyperplasia. The severities of both the septal and turbinate deformities were strongly associated with treatment refractoriness. Based on these findings, the authors proposed the routine inclusion of nasal endoscopy in examining children with allergic rhinitis and to allow evaluation of surgical interventions. Although the study is novel in establishing the contributory relationship of nasal obstructive disorders in persistent allergic rhinitis, septal corrective surgery or turbinate reduction are considered by many as invasive in childhood and are therefore a less common clinical practice in the paediatric population. While the study outlined the potential impact of these anatomical abnormalities on quality of life, it remains unclear whether this will influence the current management of children with allergic rhinitis refractory to medical treatment. 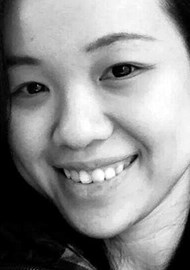