Intratympanic steroids - to give or not to give?
Reviewed by Sangeeta Maini and Bhaskar Ram

The treatment of idiopathic sudden sensorineural hearing loss (ISSNHL) is controversial and different modes of steroids have been tried without any universal consensus. Various authors have reported combined oral and intratympanic steroid therapy in SSNHL, with consistent results in several studies including meta-analysis. In general, early commencement of treatment is recommended. The authors describe their experience of intratympanic steroid treatment (ITS) of ISSNHL, analysing the delay to start therapy as a prognostic factor. This is a retrospective study of ISSNHL treated with systemic steroids with or without ITS. Patients were divided into two groups: 1. treatment group (n=76) received additional ITS as combined therapy; and 2. control group (n=33) without additional ITS. All cases were initially treated with oral steroids, with 1mg/kg/day of methylprednisolone per day for five days, followed by reducing doses for a total of 30 days. Systemic failures that did not recover hearing completely (defined as thresholds greater than 25dB HL at seven days) were offered additional ITS. The hearing recovery at six months and two years was assessed and the influence of delay in starting ITS was analysed. After ITS treatment, the average hearing recovered was 10.84dB (SD: 1.72). The average improvement obtained in the control group was 1.13dB (SD: 1.47). This difference was statistically significant (p<.0001). None of the patients in the control group obtained a full recovery. In general, the earlier the treatment is commenced the better the recovery. Larger and more robust studies are required to establish the additional benefits of ITS. 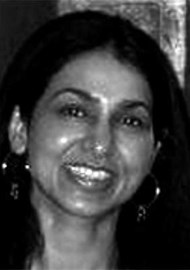