This paper from Germany describes an uncommon phenomenon of pedicle calcification in three cases. In patients from two centres that had fibula free flap reconstruction from January 2010 to January 2016, 68 cases had pedicle calcification and three cases were identified. Their rate of this uncommon complication is 4.4%. All three patients presented with pain and trismus. Fifty-five cases of fibula free flap were to reconstruct the mandible (80.9%) and 13 (19.15%) were to reconstruct the maxilla. It was also interesting that all three cases reported were to reconstruct the maxilla and were anastomosed to the facial artery. It is well-accepted that stretching stress associated with chewing and speaking is an essential stimulus. The authors quite correctly conclude the incidence of this complication is rare, but surgeons must be aware as it can mimic recurrent disease. Often radiology can confirm and show ossification. Finally, they suggest surgery only be carried out when the patient is symptomatic. In the relevant discussion, a full review of the literature is presented, and they describe their own technique of fibula flap harvest to reduce this. This was an excellent paper that describes an uncommon complication and full literature review. 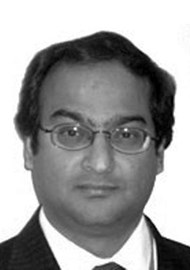