Should all patients with BPPV have an MRI?
Reviewed by Ravi Thevasagayam

This paper describes an interesting series of 500 patients over a 10-year period with posterior canal BPPV, who had been investigated with MRI. The female to male ratio was 1.6:1 with a mean age of 56. There was a right ear preponderance that the authors suggest may be related to sleeping in the right ear down position. Interestingly the authors found only nine patients had “dizziness” without pathognomic nystagmus during Dix-Hallpike testing.

The rate of abnormal MRI scans was said to be 25% although this included ischaemic change which might be expected in the older age group. The two most common non-infarct incidental findings were neoplasia and vascular abnormalities, each contributing 3.4% of cases. The neoplasia cases included five vestibular schwannoma, five meningioma, two glomus tumours, two pituitary adenomas, one glioblastoma and one brain metastasis.

Vascular lesions included seven aneurysms, four stenoses, three AVMs and two cavernous angiomas. The authors suggest that the rate of incidental findings is significantly higher than would be expected. The authors stop short of recommending that all patients with BPPV receive an MRI scan but suggest that clinicians should have a lower threshold for scanning these patients. 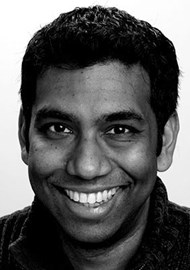