Hochman et al set an ambitious goal in their study analysing drilling strokes of eight otolaryngology residents (junior: PGY 1-3; senior: PGY 4-5) during temporal bone (TB) drilling practice using cadaveric and artificial specimens. Each trainee dissected one cadaveric and one artificial TB, focusing on performance of cortical mastoidectomy, thinning of the posterior canal wall/tegmen/sigmoid sinus, and posterior tympanotomy. Hand motion analysis (HMA) was studied using electromagnetic motion tracking sensors attached to the residents’ wrist and thumb, as well as to the drill and TB holder. Velocity and acceleration of motion were both analysed at arbitrarily-set  low and high thresholds, using software developed in-house. The results are interesting: there was no difference in drill stroke frequency between specimen types, but strokes were statistically shorter in duration and length, and more likely to be curved when dissecting the artificial TB. Additionally, junior trainees employ curved strokes significantly more frequently than senior trainees for all drilling tasks, with significantly more short strokes when performing thinning procedures. The authors candidly admit that the interpretation of their results is complex with, as yet, unclear significance. For starters the sample size is small and uncontrolled - there is no data on how experts would perform on these specimens or what HMA would reveal when performing the drilling tasks in theatre. Additionally, no final product analysis was used, thus no analysis of stroke metric relating to level of procedural competence during drilling of the two specimen types was possible. Until these issues are clarified, it is impossible to identify which specimen type is more realistic or useful, or even whether HMA is a useful metric when studying the usefulness of TB simulation models. Despite these shortcomings, Hochman et al should be applauded for their initiative in beginning to study a poorly understood area of medical education, thus providing a very useful starting point for others to consider researching further. Ultimately, the development of expert mastoid surgeons will require a significantly deeper understanding of how to effectively integrate TB simulation into higher surgical training using virtual reality, artificial and cadaveric models than we currently possess. Research attempting to clarify as yet understudied aspects thereof will continue to be most welcome in years to come. 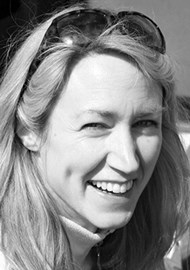