Prescribing nasal steroids and decongestants. It’s something most of us do routinely, in an effort to reduce chronic middle ear effusion in an adult by trying to improve eustachian tube (ET) patency. This study used clever devices (tube manometry and the pressure equalization test) to measure opening pressures of the ET before and after (15 mins) instillation of xylometazoline (Otrivine). Adult subjects had intact ear drums (44 ears), non-infected perforated ear drums (43 ears) and six patients had upper airway infection. Decongestant was also instilled into the ear in some patients with perforated ear drums in an effort to get the medication into the ET. Overall, nasal decongestants did not improve ET patency and in some cases even led to reduced ET ventilation! If we think about it, how should solution in the nose work its way up the ET against the beating cilia. The environment of the nasal mucosa and the ET is also different and the vasoconstriction effect of the nasal mucosa will be much more than on the ET mucosa. Measurements made much longer than 15 mins after nasal decongestant instillation in other studies have not shown a beneficial effect either. This study was not geared towards proving any effect on patients with acute otitis media related to an upper airway infection which is a future area of research. 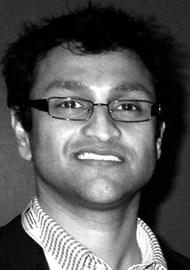